1 out of 5 – Would Recommend: The Fantastic Four 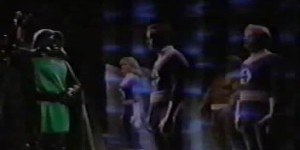 Welcome back to 1 out of 5 – Would Recommend, where we do our best to be trendy. In that vein, today we’re talking about the made in 1994 but never officially released The Fantastic Four!

Wait…why was this never released? 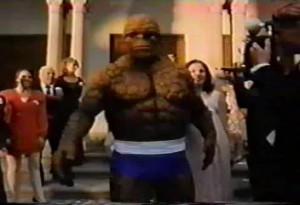 Honestly, The Thing’s costume doesn’t look half bad for the era.

It was never intended to be (allegedly)! 22 years ago, Bernd Eichinger – the holder of the F4’s movie rights at the time – found himself in the same quandary Fox did about two years ago: his license was going to expire if he didn’t make a movie soon. Instead of fast tracking a summer blockbuster (like Fox has), he hired low-budget movie king Roger Corman to produce an adaptation on a budget of just one million dollars. Stan Lee claims that the film was never intended for release and that’s the generally accepted story, but Corman and Eichinger have disputed that. 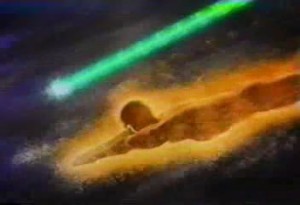 Or for the special effects.

It is truly unfortunate that this movie has never seen official release, because it is a gem. It is pure Roger Corman cheese mixed with pure Lee & Kirby cheese and it is just a fun little movie. Transfers of VHS bootlegs abound online, so you can find it fairly easily if you want to. Go and check it out before you see the Josh Trank version this weekend! 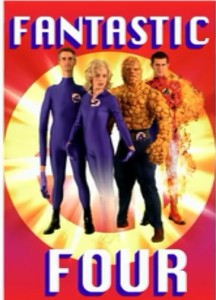 NEXT WEEK: We’ll have a look at Prince’s debut as a writing/directing/acting triple failure, 1990’s Graffiti Bridge!