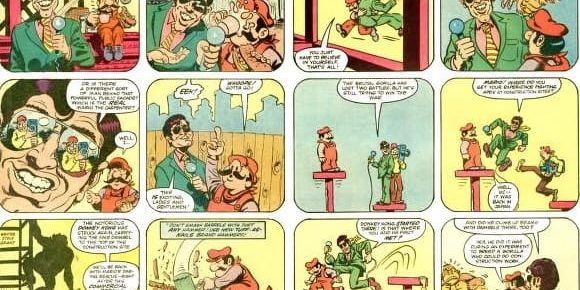 Welcome back to Hammer Drops! Every Wednesday, Back to the Past applies our combined decades of collectibles experience to recent auctions, telling you the reader the whys and hows of realized prices. This week’s example is an obscure video gaming magazine from 1983, the first issue of which sold for $250 at a recent auction. 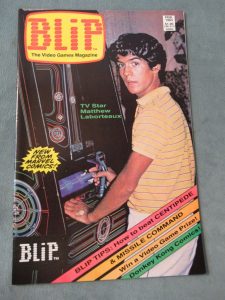 What lunatic launches a video game mag as the industry careens off of a cliff? Well, possibly legendary comics writer and editor Jim Shooter. The decision might have originated higher up in the Marvel hierarchy. No matter who’s idea it was, Marvel Comics launched Blip magazine in February of 1983.Suffice it to say, the timing was not great. Marvel themselves seem to know it, with an article featuring joke video games premises they hope never to see come to fruition running in the first issue.

The second issue featured an appearance from Spider-Man, including a comic story adapting his then recent Atari 2600 game. The series ran for a total of seven issues, with its august issue proving to be its last. Considering the complete collapse of the American video game market going on at the time, that’s a pretty respectable run. We had five of the seven at auction, with #2 selling for $30 and #3-5 for less than that. Spidey’s appearance in is responsible for #2’s higher price, but why does #1 have such a higher value?

Blip #1 featured a short comic story based on a hit arcade game that had recently been ported to the home console market. It was a humorous glimpse into the game’s world, since games didn’t really have much in the way of lore to build a comic on in those days. Its the last portion of the magazine’s pages, and far from being a must read. 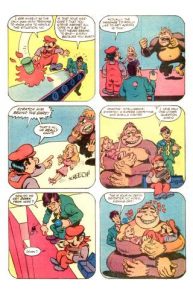 Mario and Donkey Kong as they appear in the comic!

Which doesn’t change the fact that it’s the first comic appearance of a certain agile Italian plumber named Mario and his gorilla frenemy Donkey Kong. The game being adapted, as you can guess by now, was the original Donkey Kong. That game was a cultural sensation from pretty much the word go, but the decades since have made Nintendo and its characters beloved the world over.

Unlike their 90s-era rival Sega, Nintendo has historically been fairly protective of their characters. As such, there’s a relative handful of American Mario comics, maybe 25 discounting Nintendo Power appearances, despite the character’s decades as a beloved fixture on the TV screens of gamers. Compare that to Sonic The Hedgehog, who’s closing in on 500 issues (if we count the Marvel way).

Point being, Blip #1 is a pretty key issue if you’re a Mario fan. While classic console cartridges are a highly collectible commodity in their own right, Blip #1 is perfect for the gamer who already has a comic collection. And its the kind of collectible that could easily be overlooked – the cover even lists “Donkey Kong Comics”  dead last in trying to sell the mag! That’s why letting expert eyes like Back to the Past look over a collection before you rule on what’s valuable and what’s not. And if you’re dead set on making those determinations on your own, Hammer Drops is here to advise you every Wednesday!