Here’s Some Crap Older Than The Human Species 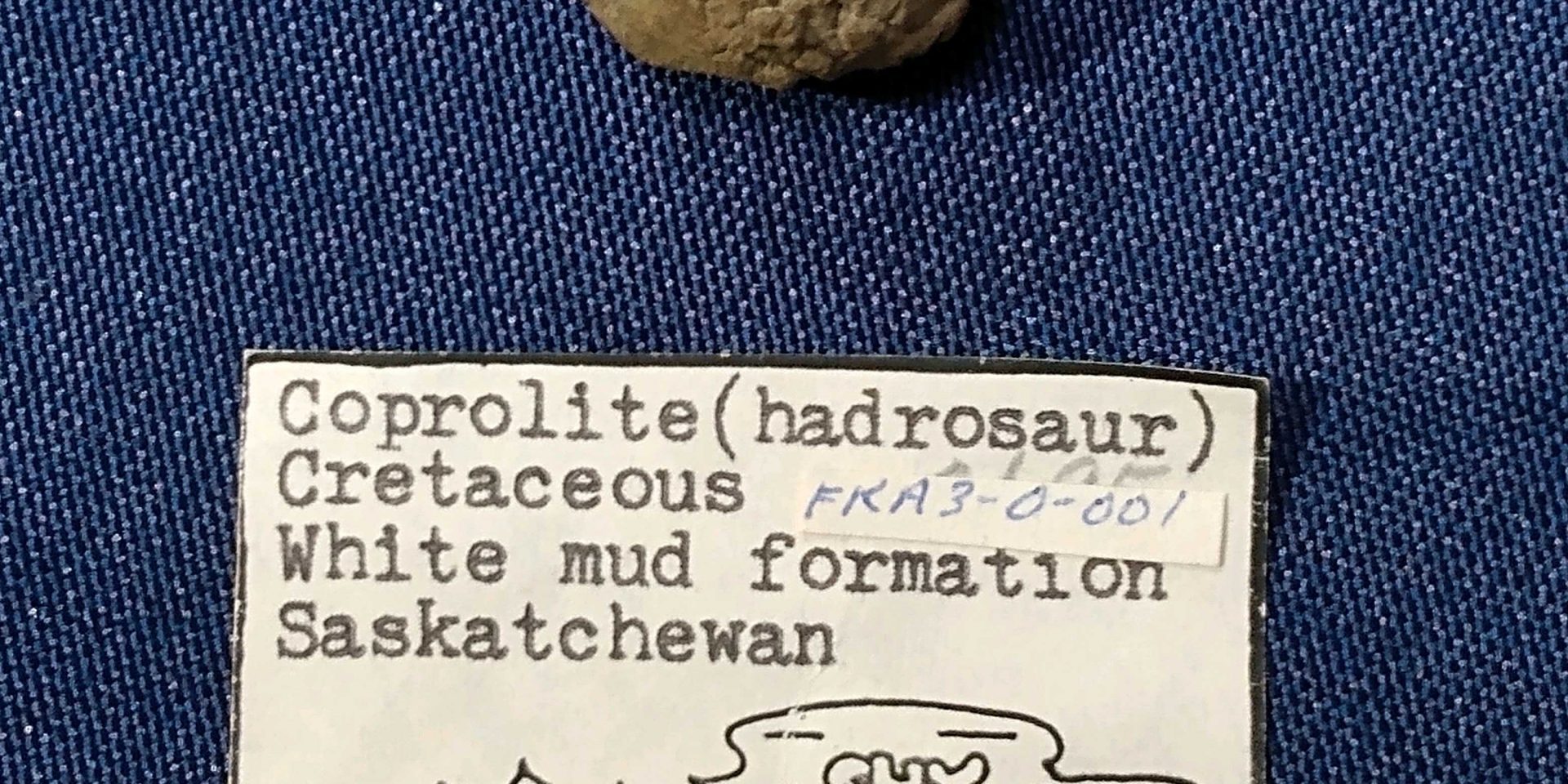 Welcome back to Consigned, Cool, & Collected! Every Monday, the collectibles experts at Back to the Past pause to remember that we’re fans of all the great stuff we handle. This week’s item hasn’t actually come to auction as I write this, but it’s getting processed to post soon! Today, we’re looking at a Hadrosaur Coprolite.

What Exactly is a Coprolite? 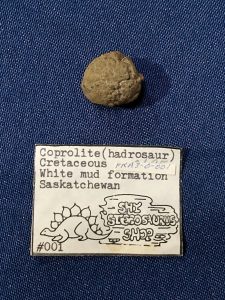 Hadrosaur Coprolite from the Cretaceous period.

In 1824, fossil hunter Mary Anning noted that small fossilized stones were being found in the gut area of many dinosaurs. Breaking them open would reveal fossilized fish scales, bones, and even small dinosaur fossils. In 1929, geologist William Buckland took Anning’s findings and theorized these stones were in fact fossilized fecal matter. He named the stones coprolites, The word comes from the Greek kopras, meaning poop, and lithos, which means rock. Behind the sciencey name, these are literally named poop rocks.

And these poop rocks are a surprisingly fertile source of information! Their shape, dating back to the first ones identified, can give humans clues about how the digestive systems of long extinct creatures. Their physical composition, including undigested fragments, gives insight into a creature’s diet. And their chemical composition can be analyzed to match diets to specific plants. They are a shockingly versatile research tool despite some specimens looking like something a dog left on the lawn this morning.

So What’s A Hadrosaur?

According to the tag, which you can see at left, this lil poo came from a Hadrosaur. Hadrosaurids were a family, in the taxonomical sense, of duck-billed herbivores from the late Cretaceous period. They are descendants of the Jurassic period’s iguanodons. Fossilized skin impressions from this family have been found that indicate they weren’t feathered. That means these guys, barring any major features left unfossilized, actually looked pretty close to how they’re shown in the Jurassic Park movies.

Humanity’s best guess as to what a Hadrosaurus looked like.

The Hadrosaurus, the species that gives the family its name, measured about 25 feet long and 3 tons in weight. If that little dinglebnerry pictured above seems small for something so big, you need to remember how rare it is that fossilization happens. Conditions have to be just right for an object to be buried and remain undisturbed long enough for its organic components to be replaced with inorganic minerals. Most feces wouldn’t have been deposited in places where it was likely to encounter those circumstances – there’s a reason that Mary Anning noted the earliest coprolites “inside” the gut area of fossils.This is most likely all that’s left of a larger specimen. 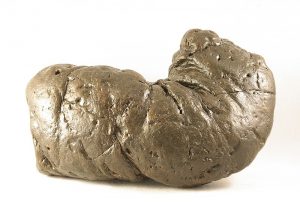 Stock image of a particularly impressive five million plus year old coprolite specimen. Oh, the pranks we could play around the office with this one…

Why Have We Spent Four Hundred Words Describing a Turd & What Made It?

Because this $#%& is cool! The Cretaceous period lasted from 145 million years ago to 66 million years ago. Hadrosaurs came at the later side of that, under 100 million. The absolute earliest humans are believed to have evolved 300,000 years ago. Even assuming that this coprolite was produced in the last year of the cretaceous period, that tiny turd is 220 times older than our entire species. The human mind, with its just under a century lifespan, simply isn’t set up to fully fathom numbers that large.

All those tens of millions of years of history have culminated in that coprolite being in our possession. And its story will continue after it leaves our doors! Maybe an elementary school teacher picks it up and that lil bit of digested plant matter inspires the next great paleontologist. Maybe it gets framed and adorns the bathroom wall of a particularly funny science nerd. In another hundred years, maybe it ends up in a landfill and confuses the heck out of some archaeologist thousands of years hence. This little ball of dung has millions of years worth of history wrapped up in it, and now Back to the Past is part of that history.

For the record, most poops are not particularly collectible. Really, body parts and secretions in general aren’t that collectible. But stuff like this, fossils older than mankind? Those are collectible for the historical value alone. And if you’ve got a collection of artifacts like this one that you’re ready to send on to the next knowledge seeker, we’re here to help you do just that (and make some money in the process). And if you’re just a fan of the history, we’ll be back here next Monday with more of it!