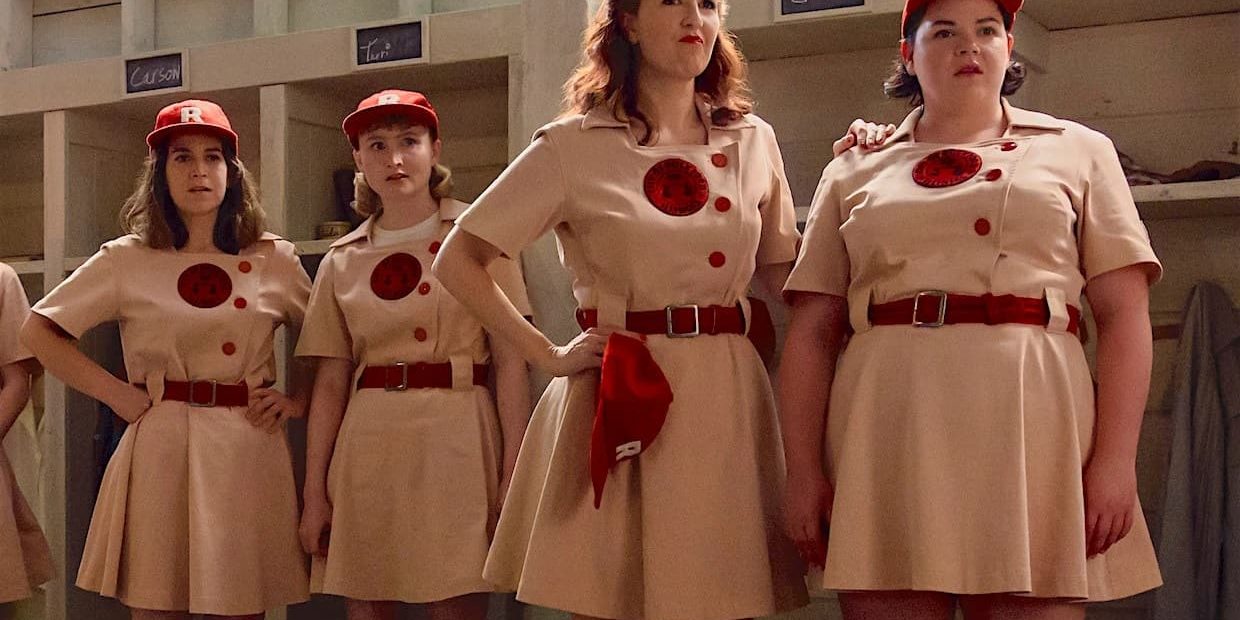 A brand new Amazon Prime original series, loosely based on the movie A League of Their Own, debuted last week! Like the film, it tracks the career of a team in the newly founded All-American Girls Professional Baseball League. Though it starts in 1943, its status as a TV show might allow it to follow professional women’s baseball start-to-finish. Since the AAGPBL is back in the news, we’re here to tell you a few things you didn’t know about the league! 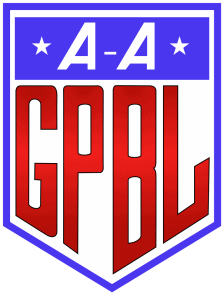 Wild, right? It is worth noting that all professional sports leagues were pretty young in those days. Major League Baseball as we know it was forty years old back them! The concept of playing sports professionally was, on the whole, pretty new.

Which isn’t to say that they were the first professional women’s team. See, professional just means you get paid to play. It doesn’t mean that you get paid enough to not need a day job or higher-earning spouse to survive. Modern fans of women’s sports know that fact all too well. In the early 20th century, there were plenty of “professional” teams out there playing exhibition games around the country, getting paid but not organized into leagues. The relative novelty of women’s teams left them in that category.

The first professional women’s baseball team actually took the field in 1867! They were the Dolly Vardens, an African American team based out of Philly. The first women’s baseball game with paid spectators happened in 1875. All of which makes sense, of course: where else would a league’s worth of players come from?

Thanks to A League of Their Own, most everybody knows the basics of women’s baseball: with the majority of baseball-age men fighting in World War II, the MLB founded the All-American Girls Professional Baseball League to keep baseball going without men. What is less well-known, of course, is that most the AAGPBL’s history comes after the war. Though strongly identified with wartime home front activities, the league continued for another nine years after the war ended!

In point of fact, their most successful season didn’t come until 1948. That year, the ten teams of the AAGPBL entertained a collective 910,000 paying fans. Even down from its height of 15 teams, women’s baseball was still doing great in the latter 40s. That success is all the more impressive for coming after their MLB affiliation ended! P.K. Wrigley, league founder and owner of the Chicago Cubs, sold the league after the war. It had done what he wanted, so he no longer needed it.

For contrast, the WNBA, one of the longest running and most respected professional women’s sports leagues around, was founded in 1996. That should give you some idea how unusual a pro-sports league for women was in the late 1940s. 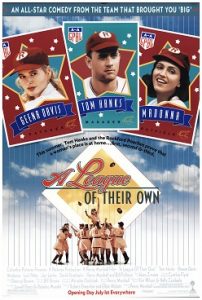 2) It Was Co-Founded By Branch Rickey

Even if you’re not a baseball fan, there’s a chance you’ve heard of Brooklyn Dodgers’ President & General Manager Branch Rickey. Harrison Ford plays him in the movie 42. See, Mr. Rickey was the guy who brought Jackie Robinson into the Major League Baseball system, breaking the racial color barrier and opening up the league to integration. He knew exactly what kinds of prejudice Robinson would face and supported him all the way, something no other executive in baseball was willing to do.

Rickey was also responsible for introducing other innovations that make modern baseball. The Minor League farm system? Rickey. Dedicated spring training facilities in warm climates? Rickey. The use of tools like pitching machines, batting helmets, and batting cages? Rickey. He’s even the first manager to hire a full-time statistical analyst for his team, extravagant in its day but the standard in our Sabermetrics-dominated present.

It’s no surprise then that the forward thinking Branch Rickey was a co-founder of the AAGPBL. It is, however, a minor spot on the man’s legacy that he abandoned the league after the war. Just think how much further they could have gone with his support!

By the penultimate 1953 season, the AAGPBL had shrunken to just six teams. Three of them were based right here in Michigan! The Muskegon Belles (formerly of Battle Creek), Grand Rapids Chicks, and Kalamazoo Lassies all played that year, with the latter two making it to the play-offs (which, admittedly, two-thirds of the league did). That set the stage for a Grand Rapids vs. Kalamazoo finals series that saw the Chicks come out on top. Notably, the Chicks had beaten the Rockford Peaches to get to the finals – take that, team from the movie! 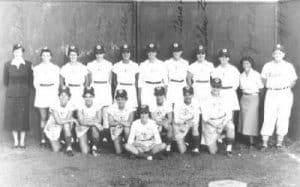 Unfortunately, the Muskegon Belles folded after the 1953 season. With that, the AAGPBL was forced to admit that 1954 would be their final season. This time it would be the Kalamazoo Lassies, who’d finished the season in fourth place out of five and just barely made the play-offs, who came away the champs. They beat the #1 ranked Fort Wayne Daisies in game five to bring home the championship in a true underdog victory.

Sadly, the AAGPBL folded before the heyday of baseball cards. Even if they hadn’t, there’s a good chance that card publishers might have ignored them. However, the league has gotten its props in the modern day. The AAGPBL Player’s Association keeps their memory alive and supports the practice of women playing “hardball” once again. Buoyed by the success of the 1992 movie, Kenner included some AAGPBL players (including, Dottie Kamenshek, the inspiration for A League of Their Own’s protragonist) in the Cooperstown Collection of Starting Lineup figures. Two different companies released AAGPBL card sets in the 90s, one in 1993 and another, larger set in 1995.

While the league’s footprint in the collectibles field, that means that at least some of it has held value a bit better than other mass-produced sports items of the 90s. If you’ve got a collection of All-American Girls Professional Baseball League collectibles you’re ready to sell, we’re here in the dugout waiting to help you figure that out!

And if you want a comment or quote on something we’ve written about, we’re always available! We can be found almost everywhere in the social media sphere as @b2pcollect.