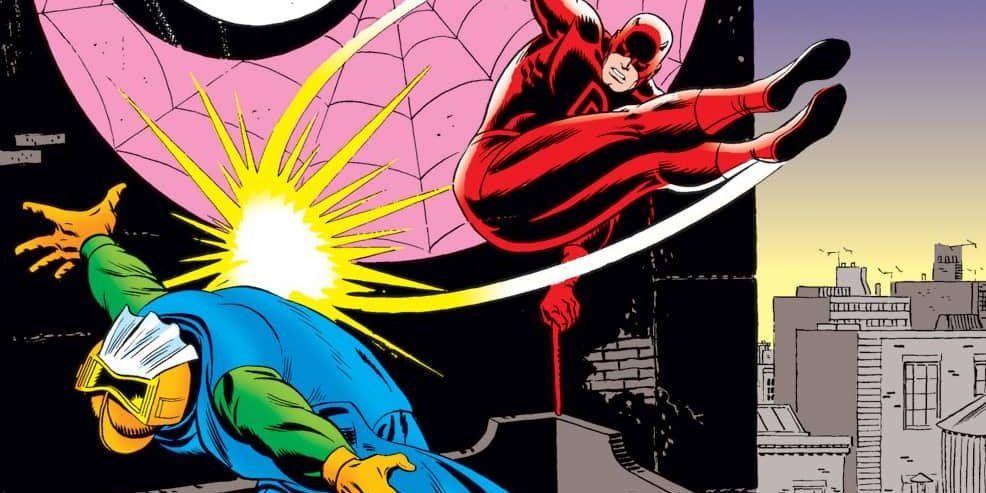 Welcome back to My Hero! Each week, Back to the Past uses this column to tell you why the obscure characters from our custom action figure collection are great! Years ago, we purchased the life’s work of an artist and comic fan whose chosen medium was granting forgotten comic characters the action figure immortality denied to them by major toymakers. We’re still sorting through it all, and we’re making new finds every week! This week’s find, who will soon be available on eBay, is The Masked Marauder! We’ve picked him because he was one of Daredevil’s earliest “criminal mastermind” foes, and The Man Without Fear’s MCU return was recently announced.

The Masked Marauder is a criminal mastermind and gang leader who battled Matt Murdock in Daredevil #16-27. In his first caper, he used his gang to set Daredevil and Spider-Man on a collision course. The battle between the heroes serves as cover for the theft of an experimental jet engine. Unfortunately, the engine is useless without a special chemical. The need to return to the scene of the crime DD and Spidey a chance to set aside their differences. The heroes capture the gang and crash his blimp but the Masked Marauder escapes. 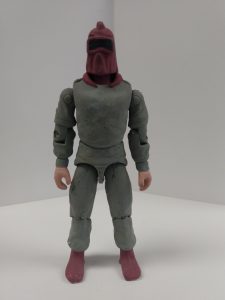 Like Many Silver Age Characters, The Masked Marauder’s color scheme was inconsistent, but his mask was quite distinctive.

Your Landlord REALLY Hates You, Daredevil!

In Daredevil #26, the staff of Nelson & Murdock meet their building manager Frank Farnum. He upbraids Foggy Nelson for defending criminals, saying that such a practice runs counter to their respectable building. Foggy retorts that the Bill of Rights guarantees everyone is innocent until proven guilty, entitled to a defense. Nelson and Murdock serve an important AND respectable position in the justice system, thank you very much! Matt Murdock is proud of his partner’s words, but reflects that their lease is unlikely to be renewed.

That night, The Masked Marauder and his latest gang search the Nelson & Murdock offices. He’s determined that, while neither the flabby one nor the blind one can possibly be Daredevil, they must know who he is. The Marauder and his men search for an hour and find nothing, prompting them to call it quits for the night. Once he’s alone, he removes his mask and resumes his true identity….Frank Farnum!

Masked Marauder’s portrait from the Official Handbook to the Marvel Universe.

Farnum concludes, eventually, that Matt Murdock’s twin brother Mike is Daredevil. Which is…not inaccurate, to be fair – Mike is actually one of Matt’s alter egos. Farnum teams up with Stilt-Man in a bid to kill the Man Without Fear once and for all. Daredevil once more teams up with Spider-Man to beat them. The Masked Marauder is unmasked and (seemingly) disintegrated by his own helicopter’s force field in the fight. He would return to menace Iron Man, Werewolf By Night, and Spider-Man throughout the 70s, but The Masked Marauder really caught on.

Eclipsed By The Kingpin

Which is a shame, since The Masked Marauder is a neat idea. While his identity was only revealed in his last Daredevil appearances, the idea of Daredevil’s arch-foe also being the landlord who looks down on Nelson & Murdock for their disreputable clients has a lot of potential. Unfortunately for Frank Farnum, the spot as DD’s top bad guy was taken by The Kingpin in 1981. Thus was kiboshed any chance he had of a bold return, and with it hope for an action figure. Here’s hoping he shows up in Daredevil: Born Again on Disney+, but until then you can put him on your shelf with our custom action figure.