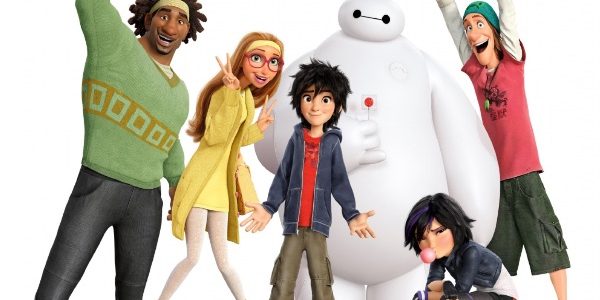 Thanks to a friend of mine, I (your friendly neighborhood social media lackey) was able to get into a preview screening of Disney’s Big Hero 6, loosely based on the Marvel comic of the same name. The story follows boy genius Hiro Hamada and robotics prototype Baymax as they try to figure out exactly what happened the night that Hiro’s brother, Tadashi, died. They are joined by four of Tadashi’s best friends, who use their own super science skills to become the eponymous super team. 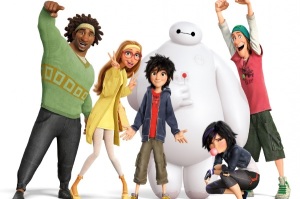 The story is really that of Hiro and Baymax, with the other four members of the team never really getting developed out of being broad archetypes – Go Go is the tough one, Honey Lemon is the heart, Wasabi is the cautious one, and Fred is the goofball. This is forgivable, as the story told with Hiro and Baymax is given a lot of room to develop and ends up tugging at your heart strings in exactly the way Disney movies are great at. The rest of the team are there to be Hiro’s support structure as he goes through a rough time, so we don’t really need to see them grow into anything else other than heroes.

The story, while well told, did seem somewhat paint-by-numbers to me. There were three attempts at twists in the film’s climax that, I confess, I saw telegraphed as soon as the plot points were introduced. Compared with the twists in Wreck-It Ralph and Frozen, which I did not see coming, this was a bit of a letdown. However, this isn’t to say that the movie wasn’t enjoyable or that the story didn’t keep pulling me along. I was so engaged by the tale the film was telling that I didn’t notice how stiff my neck had become, having been forced to sit in the second row and all of twelve feet from the screen, until the credits rolled. If it’s good enough to make me ignore physical discomfort, it’s doing something right.

As mentioned before, the film is very loosely based on a Marvel comic. Marvel has distanced themselves from the film, reportedly out of respect for the hard work of Walt Disney Animation Studios, but that doesn’t mean there aren’t nods to the concept’s pedigree. There was once scene about halfway through that had my inner child, who spent so many hours memorizing the various Official Handbooks of the Marvel Universe, wide-eyed with glee (if only at background statuary). And true believers will want to stay through the credits, ‘nuff said.

Overall, I would give the film a solid “B”. It’s a strong family superhero film, full of the gorgeous animation and heartwarming sentiment we’ve come to expect from Disney, but it’s not going set the world on fire like Frozen did.