I WILL TELL YOU #55: Avengers vs X-Men – Rise of the Mutants

Last week, as you’ll remember, I put forth my pick for Marvel’s upcoming Avengers vs X-Men (or AvX) event and the reasons behind it. If you want to see the perfectly reasoned and flawless logic behind it, you can find it the prior installment of I Will Tell You. Or, if you’re nitty-gritty, results-oriented kind of person, then just go to the next paragraph.

The Avengers. There, that was easy, wasn’t it? But now you’re overcome with curiosity as to why I could make such an either obvious or boneheaded choice, so you simply have to know the hows and whys of it all. Well, fear not; you don’t have to go back up to the previous paragraph to click the link containing those reasons that I told you to click on in the first place; for your convenience, here it is again. You’re welcome.

This time, I’m going to speculate about some of the editorial reasons behind this event, aside from the obvious ones of drumming up sales and creating excitement and all that. No, I’m actually going to show how I’m not the only one who’s biased towards the Avengers. Fans are naturally biased towards one side or the other, but what’s interesting here is that Marvel seems to have a bias of their own. Towards the Avengers. Just like me.

This bias is simply witnessed by the extensiveness of their recent events. X-Men: Schism took place solely within the confines of the X-Men universe and in fact seemed little more than a manufactured story to split it apart, whereas the farther-reaching Fear Itself cut a much larger swath across the Marvel Universe, including some of the X-titles. Now, I’m not saying this was necessarily a good thing, but nonetheless that’s how Marvel played it out. If it’s any consolation, X-Men fans, Schism sucked far less than Fear Itself did. 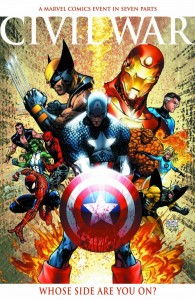 This series officially put the X-Men in the backseat of the Marvel Universe.

In fact, older events prove out this bias as well; Marvel’s Civil War event from 2006 was a decidedly non-mutant affair that changed the course of just about everything in the Marvel Universe except the X-Men. Civil War writer Mark Millar said at the ’06 San Diego Comic-Con that “the X-Men had been done to death”, and then-EiC Joe Quesada added that “the X-Men had been the focus of the Marvel Universe for years; we wanted to bring the Marvel heroes back to the forefront”. 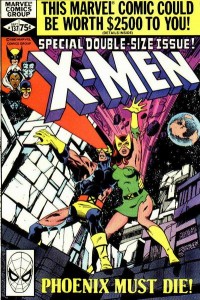 The comic that arguably made the X-Men Marvel's premier super team.

Back to the forefront, the way the Avengers, Spider-Man, and Fantastic Four had been from their inception up until Chris Claremont and John Byrne’s run on Uncanny X-Men kicked off a wave of popularity for the X-Men that reigned for decades, even after the quality of the titles had greatly diminished. Up until Civil War, that is, which officially dethroned the X-Men as the darlings of the Marvel U and put the non-mutants back on the throne.

So why even do AvX, then? If Marvel’s been putting all of their best talent and editorial focus on The Avengers for the past several years, while the X-Men have been relegated to the editorial shadows, why bother?

It’s because the X-Men have been in the editorial shadows for so long. In dethroning the mutants, Marvel has since allowed the pendulum to swing too far the other way; most all of the positive creative energy and industry buzz has been shifted away from the mutants. And in apparent recognition of this, AvX could very well do for the X-Men what Civil War did for the rest of the Marvel U: to bring the franchise back into prominence. 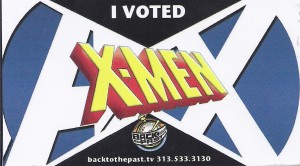 Could the X-Men regain their popularity with this event?

Just because it’s called Avengers vs. X-Men doesn’t mean one side or the other has to win. In terms of readership, though, the X-Men have already won, because this series will draw in readers who have long given up on the franchise.

It’s a corrective action that Marvel should have undertaken a long time ago, because after the heights that the X-Men franchise had achieved decades ago, it’s been a shame to see it wallow in depths as it has since then.

Whether Marvel can find enough creative talent to keep both the mutant and non-mutant titles afloat remains to be seen, but AvX takes an important step: it simply has both sides interact. Interaction that has been an all-too-rare occurrence, which seems especially odd in an era where the lines between team memberships are blurred and characters like Spider-Man and Wolverine appear on every team except the New York Yankees and perhaps the Girl Scouts.

It will be interesting to see if in fact we can see a Rise of the Mutants without the Avengers, um, re-disassembling. You want to know who’s going to come out on top after AvX? We will, if Marvel plays it right.

And if they do, they maybe they can rightfully claim this as the biggest comic book event in history.

Category: Comic BooksBy Jim JohnsonMarch 6, 2012Leave a comment
Tags: I Will Tell You