Back to the Past’s New Location Revealed! 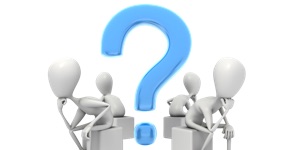 It’s been the topic of speculation for many months, ever since that big sign went up in our front yard. We’ve looked at many potential new locations and are finally able to announce that our new address will be: 12670 Inkster Road in Redford, Michigan.

Wait, isn’t that already our address? Why yes, yes it is.

Allow me to explain:

When we first considered moving into this location, we had multiple storage units, basements and garages packed to the ceiling with merchandise, some of which had literally been in storage for a decade. All good stuff that we needed to get through “some day.”

So, we purchased this giant place in order to have a ton of room to spread out. Our warehouse was just as big as the showroom and looked a bit like the warehouse at the end of Indiana Jones.

As we got the chance to focus on all that stuff and get some progress on working through it, we found that we had a lot less need for so much warehouse space. You’ve seen us do some massive clearance events over the past few months, and going forward we intend to put as little as possible into storage.

All of which means that we were in the market for three things: A very similar showroom size, a substantially smaller storage area, and more parking. We found several good candidates to accomplish these things and were close to pulling the trigger on one of them, when the buyer of our building mentioned that all they really wanted was the warehouse space for a truck dock and would probably just look for a renter for the front area.

After a little negotiating, we are relieved to announce that we don’t have to move anything, and we’ll be staying right here for the foreseeable future. We know it doesn’t resolve the parking issue and we’re still keeping our eyes open for something that fits all three criteria, so you never know what 2015 will bring, but for right now you already know where Back to the Past’s new location is.

We’re going to keep evolving what we do, so watch for our complete rebuild of the showroom, coming in February, and thanks for all your support!