Beast: From X-Man to Solo Act 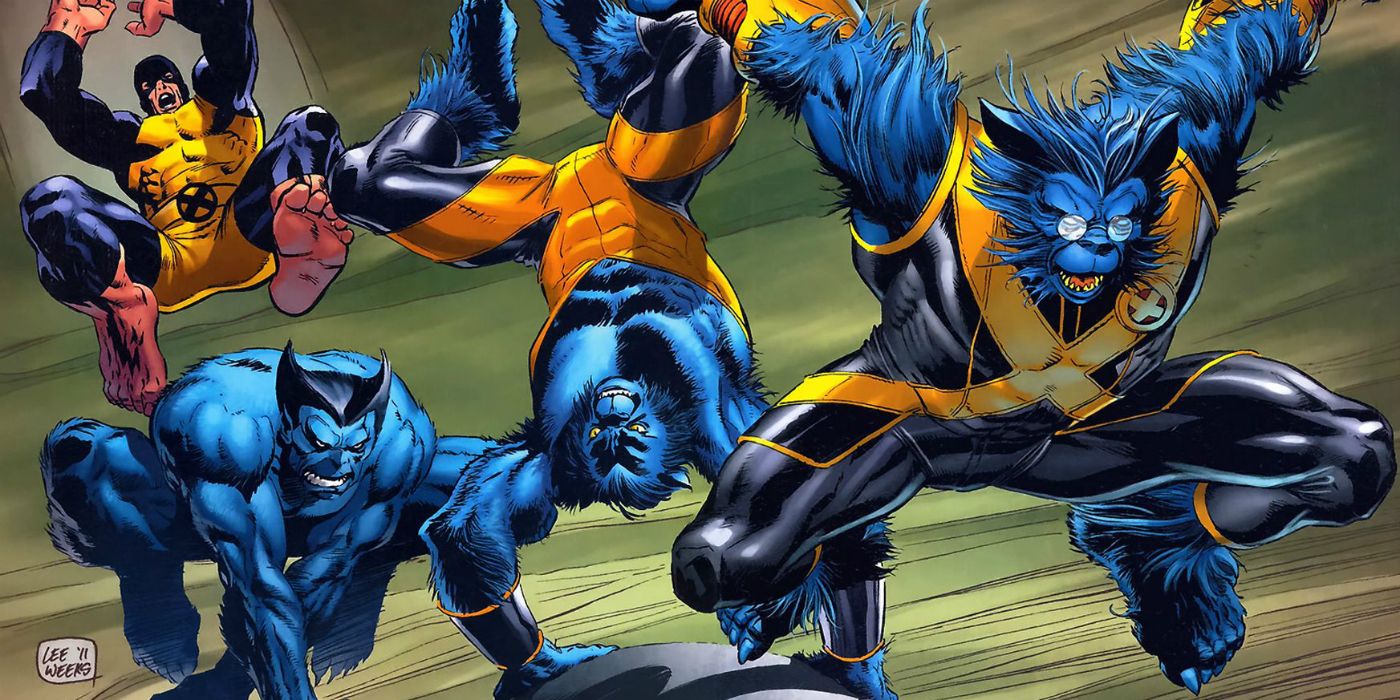 Welcome back to Consigned, Cool, & Collected, where we take a moment to appreciate the cool stuff that passes through our doors every day. Today, we’re looking at lot numbers one-hundred-and-thirteen and two-hundred-and-thirty-two from our Saturday May Eighth auction session: Very Good copies of Amazing Adventures #11 & #14! 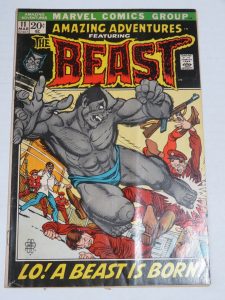 Amazing Adventures #11 hit newsstands and spinner racks in March 1972. Two years earlier, X-Men had published what was fated to be its last original issue for over five years. Marvel’s Merry Mutants had not appeared in any new stories in that time. Their arch-foe Magneto saw use in the pages of Fantastic Four and Amazing Adventures #9-10, where he battled the Inhumans. That lack of mutant heroes changed with  Amazing Adventures #11.

Enter writer Steve Englehart, who spun founding X-Man Beast into a solo feature. Leaving his onetime teammates behind, Hank “The Beast” McCoy had achieved his PhD and secured a non-costumed job with the Brand Corporation. Realizing that his boss intends to provide his work to some insidious organization, the young Dr. McCoy quaffs a genetic concoction of his own design and mutates himself further. He grows thick gray fur and animalistic fangs that, in conjunction apelike appendages and prodigious strength, make him unmistakably a Beast. 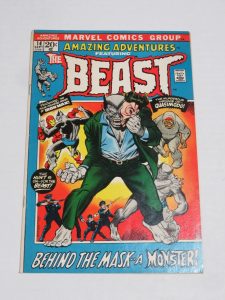 Thus was set Beast’s new status quo as a solo act: Brand Corporation researcher by day (using weirdly effective rubber masks to conceal his identity), conspiracy-busting man-ape by night.  Amazing Adventures #14 saw his supporting cast grow, with Brand hiring Air Force Colonel Buzz Baxter to revamp their security due to the recent uptick in monster-related incidents. He brought his wife and high school sweetheart Patsy Baxter, nee Walker, with him. The pair had been the stars of Timely/Atlas/Marvel’s long-running romcom series Patsy Walker, which ended in 1965. Patsy would develop into The Beast’s platonic gal Friday before the feature ended with #16.

Steve Englehart brought The Beast  with him into the pages of The Avengers, adding him to Earth’s Mightiest Heroes in #136. Patsy followed soon after, picking up the heroic ID of Hellcat in #144. Beast’s fuzzy form has gone on to be an iconic element of the character, defying repeated attempts to get rid of it and carrying over to his appearances in TV and film. Meanwhile, Patsy Walker AKA Hellcat has hung around the Marvel U fairly steadily even as other non-superhero headliners like Homer The Happy Ghost, the Rawhide Kid, and Millie The Model have faded almost completely away.

It just goes to show that there can be value hiding just about anywhere, whether it be in comic book limbo or your attic. We can’t help with the former, but the latter is our specialty and we encourage you to give us a call. A short-lived solo stint starring a character you vaguely remember Kelsey Grammer playing might just turn out to be some worthwhile key issues!