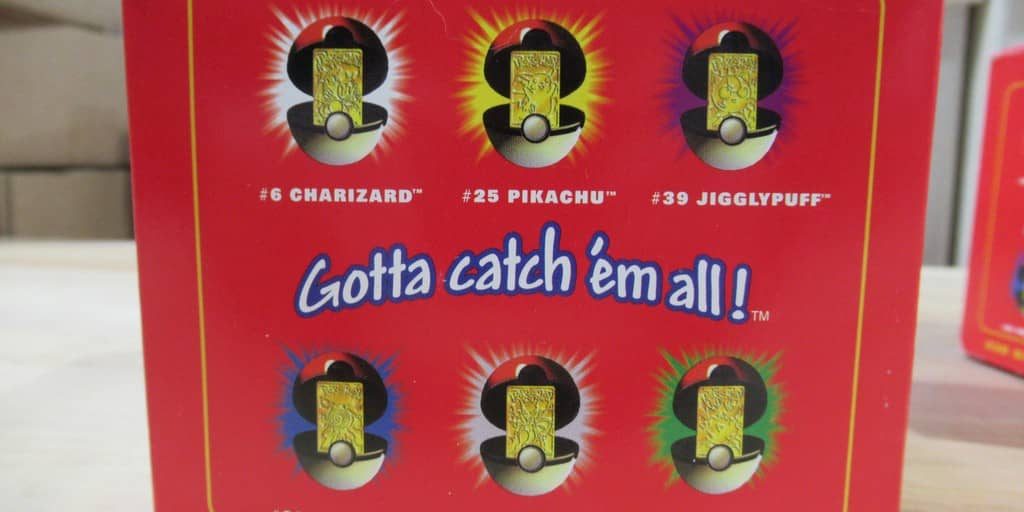 Welcome back to Consigned, Cool, & Collected! This week, we continue fueling the hype train for our new Pokemon collection by looking back at one of the strangest fast food premiums ever made. That’s right, this week we’re talking about the Golden Pokemon Cards offered by Burger King in 1999.

What Exactly is a “Fast Food Premium”? 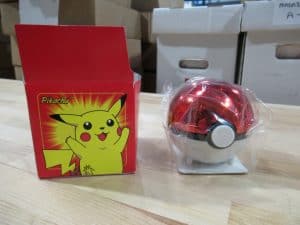 A Pikachu Gold-Plated Card, still sealed in its bag.

In common parlance, it’s the toy that comes with a kid’s meal. The most famous, naturally, is the McDonald’s Happy Meal Toy. Debuting in 1979, they’re historically a tie-in to a kid friendly movie or TV series that’s the new hotness. They don’t HAVE to be toys either: story books, school supplies, sunglasses, cups, and other items have been packed with kids meals over the years.

More broadly, a premium is anything you get in return for buying something else. The oldest examples are cereal  and/or breakfast food premiums. The very first such premium was released in 1894 when Aunt Jemima pancake mix boxes first came printed with paper dolls of Aunt Jemima, Uncle Mose, and their kids.

This also includes items that cost a little bit extra but are still contingent on the purchase of something like food or a movie ticket. A prime example of this would be the “X-Men Creator’s Choice” VHS packs sold by Pizza Hut circa 1993. For $4.99, you could add them to your pizza order but you couldn’t just walk in and buy one. It is this last category into which the Gold Pokemon cards fit. 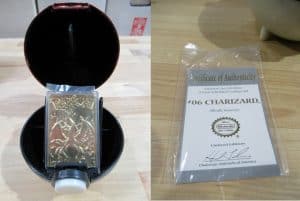 All the cards came with a CoA signed by the president of Nintendo of America!

In fall of 1999, the Pokemon franchise had been steadily growing in popularity in the United States for a year. Naturally, it was time to bring it to movie theaters. Boldly titled “Pokemon: The First Movie”, the film consisted of two main segments: the lighthearted short Pikachu’s Vacation, which previewed Pokemon creatures due to debut in the second set of games, and Mewtwo Strikes Back, a feature-length story pitting the anime’s heroes against the sort of “final boss” Pokemon of the original game. The movie hit theaters on Friday, November 12, 1999.

The Monday before the flick launched, Burger King launched an extensive Pokemon promotion with its kid’s meal. Regular kid’s meal came with Pokemon toys of various types, fifty-seven unique specimens in all. That’s 37% of all the Pokemon that existed at the time, letting kids get dangerously close to catching them all if their parents were amenable. But those weren’t all they had!

As a super-premium item, Burger King offered six 23 KARAT GOLD POKEMON CARDS! Well, gold plated. Sealed in a plastic case to prevent scratches, the cards featured a picture of the Pokemon on the front and a brief Pokedex entry on the back. The selection included a mix of series mascots, fan favorites, new debuts, and also Poliwhirl. The cards came in a nifty plastic Pokeball case, with a vac metalized red half and spring-loaded hinges. They were the coolest thing in the world for the eight- to ten-year-old set at the time and retailed for just $1.99 with the purchase of a value meal. 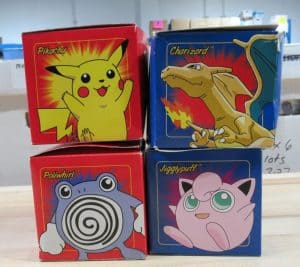 Four of the Gold Plated Pokemon cards in our newly arrived Pokemon Collection.

They’re a strange item to bundle with fast food and are most properly remembered today for being an oddity. As the price point would suggest, they weren’t particularly valuable in the precious metals sense. Additionally, Pokemon really didn’t have an adult audience at the time. So, despite only being offered with an ostensibly “adult” sized meal, these were targeted at kids. And parents dutifully bought these “gold” cards for their kids but didn’t worry too much about preserving them when their Pokemon years were left behind.

Thus, their collectible value has skyrocketed in the last few years! Complete individual specimens of Pikachu or Charizard can sell for north of $50 and full sets have reached up to $200 within the last year. But that wasn’t always the case! Its fascinating, really, that the pandemic created a renewed interest in older (some would say vintage, depending on your definition) Pokemon items.

Someone whose finger was off the pulse might dismiss these items as being worth as little as a third of what they sell for today, not out of malice but because they hadn’t kept up with the market. That’s why it pays to have full time experts like your pals at Back to the Past look at a collection before having the Vietnam Veterans of America cart it away for you. Just because something wasn’t worth much when your buddy got rid of his doesn’t mean that what it’s worth today, dig? If you’re interested in picking up some new-to-you Pokemon collectibles, tune into our upcoming Popshop Live streams to catch the collection as it appears out of the tall grass. And to keep seeing spotlights on cool collectible stuff, stop by every Monday for a new Consigned, Cool, & Collected.