Who is Sargon The Sorcerer? 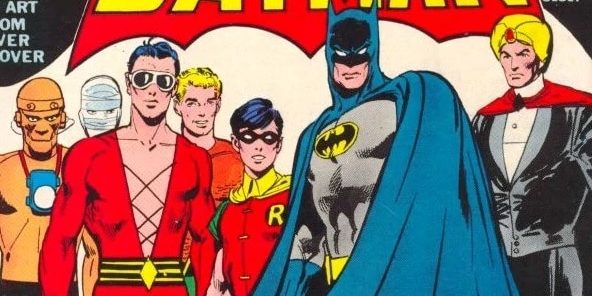 Welcome back to My Hero! Each week, Back to the Past uses this column to tell you why the obscure characters from our custom action figure collection are great! Years ago, we purchased the life’s work of an artist and comic fan whose chosen medium was granting forgotten comic characters the action figure immortality denied to them by major toymakers. We’re still sorting through it all, and we’re making new finds every week! This week’s find, who will soon be available on ebay, is long-running DC Comics hero Sargon The Sorcerer! 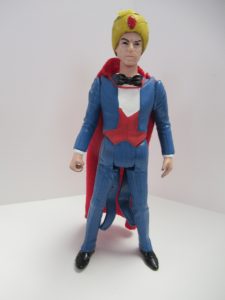 Sargon the Sorcerer as he appears in our custom figure collection.

John Sargent, AKA Sargon the Sorcerer, debuted in the pages of 1941’s All-American Comics #26. John is the son of archaeologist Richard Sargent, who gifted his wife an ancient ruby. Touching this ruby was lil John’s first conscious act as a baby, and it gave him a special connection to it. As an adult, he accepted the ruby as a gift from his mother and discovered it allowed him to animate and control inanimate objects! The ruby was actually the fabled Ruby of Life, a mystical artifact of great power. To cover up his bizarre magical abilities, John learned stage magic and adopted the moniker of Sargon The Sorcerer. Sargon used his great power and fame to battle crime and injustice.

Sargon’s gimmick is very similar to that of Zatara, best known today as the father of Justice Leaguer Zatanna. Zatara’s feature ran in 135 issues of Action comics between #1 and #141, so its fair to say he was a pretty big success. Sargon wasn’t quite as successful, appearing in All-American Comics for just over two years before being axed. However, you can’t keep a good character down and Sargon’s feature moved first to Comics Cavalcade and then the Wonder Woman-led Sensation Comics. Across all three titles, he had a respectable sixty-three appearances to his name before superheroes became passe in the late 40s.

Sargon in his stage duds from his 1st appearance.

Twenty-one years after his last Golden Age appearance, Sargon the Sorcerer reappeared in the pages of The Flash #186…as a bad guy! He teamed up with Barry Allen’s time-traveling foe Reverse-Flash to acquire more shards of the Ruby of Life. It turns out that the one passed down to him was just a fragment of a larger stone, and more stone equals more power. He would return in #206 with the same goal, being defeated on both occasions by the Scarlet Speedster. Sargon returned to the side of the angels in Justice League of America #98, helping the team defeat the cosmic vampire Starbreaker.

And that’s basically it! Sargon continued to appear in crowd scenes and the occasional gathering of mystical powerhouses into the 80s. Swamp Thing #50, published in 1986, featured Sargon joining such a gathering. He drew the editorial short-straw there, dying to establish that the stakes for the storyline. There have been a few other Sargons to wield the Ruby of Life since, but mostly the original is relegated to flashbacks as “Zatara’s friend” or a member of the All-Star Squadron during World War II.

If you’re a completionist who wants the ENTIRE lineup of the All-Star Squadron on your shelf, our Custom Action Figure Collection is one of the very few places you can find Sargon. And if you’ve got collection like ours, be it custom figures, original art, garage kits, convention sketches, whatever – and are looking to sell it, get in touch!