Comic Book Grading 101: What Is Foxing? 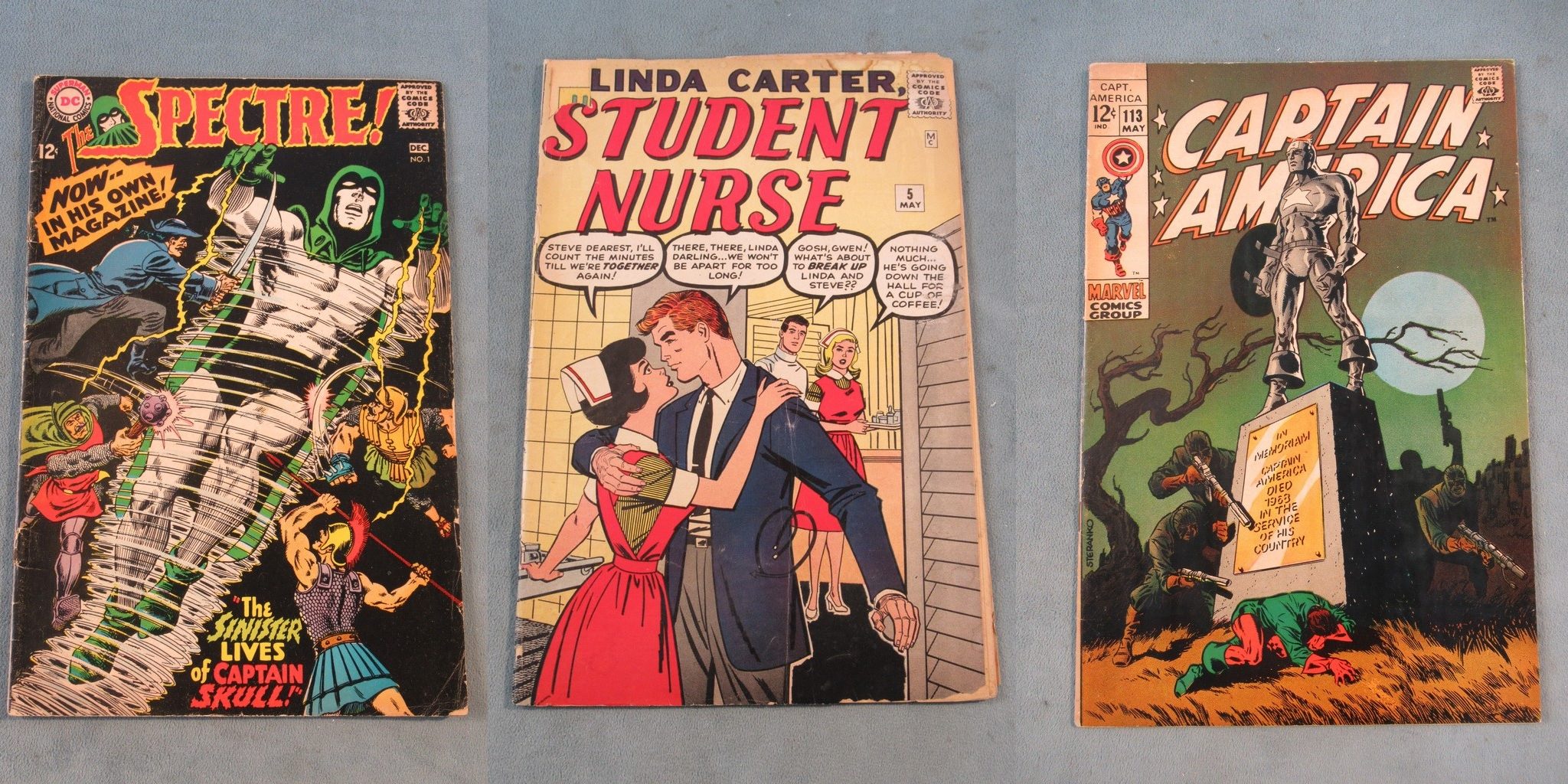 Welcome back to Hammer Drops! Every Wednesday, Back to the Past shares some of its knowledge about collectibles with you, the at-home seller. This week, we’re defining a term that pops up in our auction descriptions and will help you describe your stuff too. While all of today’s examples are going to be from the world of comic books, know that what we’re showing you applies to most paper collectibles – books, magazines, newspapers, concert programs, et al. 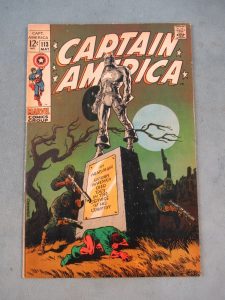 Captain America #113, recently described as “Foxing” at auction. But what does that mean?

Foxing is the bane of paper collectors everywhere. It is a phenomenon wherein ugly brownish-red spots begin to appear on paper. It’s not water damage, it’s not a bacterial colony, in fact it’s not known exactly what it is. What is known is that it commonly happens to paper products as they age.

Luckily, strictly speaking, foxing doesn’t impact the integrity of the paper. It is an unsightly blemish, but that’s all it is. However, we admit that we stretch the term a little bit to cover other age-related discoloration of paper. And the processes behind that discoloration, though lacking in a pithy name, is considerably more dangerous to the collectible.

The Problems With Wood-Based Paper

Here’s a weird secret: wood pulp isn’t a great material to make paper from. That’s right, the thing we all learned in school is the basic ingredient of paper is bad at its one job. See, wood-pulp paper didn’t become economically practical until the mid-1800s brought industrialization to the world. Previously, recycling old linens and other cloth products made for the most efficient papermaking, but increased demand for books following industrialized printing required industrial scale papermaking. Trees were a plentiful resource and could yield a LOT of paper per plant, making them perfect. 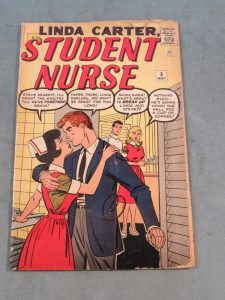 Well, perfect for everything but lasting a long time. Wood fibers are pretty short, as fibers go. That means, in compositional terms, wood pulp paper is not unlike fiberboard in terms of structural integrity. And on top of that, strong acids are needed to make wood sufficiently pliable to be paper. That combines with the relatively flimsy fibers to create a much bigger problem.

What is “The Slow Fire”?

Those acids used in the manufacturing process were, for over a century, not neutralized before making the final product. At least not very widely. That lead to paper products, like books and comics, holding acid within their pages. That acid can react with heat, light, or even just the gases in the air, acidifying the paper and damaging it.

What does that damage look like? Well, the pages start to turn brown from the edges inward. At the same time, the pages get stiffer and more brittle. This makes them more prone to nicks, dings, rough edges, etc. At its worst, this can mean pages that crumble to dust at little more than a touch. This acidification can become a problem in as little as 30 years, with cheaper paper stocks being affected most quickly. You know, like the paper stock used for things like newspapers, comic books, pulp novels, sci-fi paperbacks, and other ephemeral novelties.

Librarians have been calling this phenomenon “The Slow Fire” since the 80s, as it is destroying libraries just as surely as an inferno. There’s no really good way to neutralize the acidification, not on the scale that it needs to be done on, and there’s flatly no way to undo the damage acidifcation does even if you stop it from progressing. This is a MAJOR problem that folks outside the library world largely haven’t heard about. Old paper simply wants to turn to dust, no matter what you do to slow it down.

What The Slow Fire Means For Collectors

Luckily, this problem was acknowledged by the paper industry as early as the 70s and they’ve made steady improvements to prevent it. That’s one reason why a copy of X-Men #1 from 1991 has aged more gracefully in 2022 than a copy of X-Men #1 from 1963 had by 1991. And while that is, in the grand scheme of things, a positive development, it ironically helps to slow down the accrual of value in newer books. 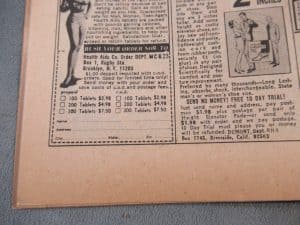 The brown evidence of Acidification, which we describe as “foxing”, traveling inward in Captain America #113.

Mass acidification is one reason that it is harder to find structurally pristine copies of older comics – white pages, flexible pages, these are traits that get rarer and rarer the further back you go. And if you’re lucky, if you’ve been bagging and boarding since the practice was invented (and changing them out regularly), if you’ve stored your comics in a cool dark place, et al, you might have held off acidification and ended up with an uncommonly high-grade copy of an old book.

Which is part of why it’s a good idea to let experts like Back to the Past look at your collection before deciding what to do with it! We know the difference between external damage (like brown stains from water) and internal damage (like foxing or the slow fire) at a glance! We also know what’s average and what’s better than average paper by feel. It’s almost like we handle vintage paper items forty or more hours a week. But if you insist on going it alone, new Hammer Drops come out every Wednesday morning.