Last week, as you’ll remember, I tweaked and re-ran an old column talking about the woes of extensive and complicated continuity in comics, and how comics would be better off without it. Now seemed to be an appropriate time to share this again, with DC’s seemingly jettisoning most of its past continuity and relaunching its titles in a couple of weeks. This week, I’m running the second such column, but since so much of it tied into industry storylines circa 2005, when it was written, I’m leaving it largely intact this time, save for addressing some of the topical comments with updated comments. Ah, the benefit of 20/20 hindsight . . .

(Editor’s note: Part One of JJ’s article is right here.)

The 800-pound gorilla must be brought down. Continuity must die.

I don’t know if DC’s Infinite Crisis is intended to fix continuity or not. (Update: it wasn’t, as many had initially hoped or thought.) But if it is, it won’t work. Even if DC somehow threads the needle and makes Hawkman’s history simple enough to explain to a kindergartener, it won’t work.

Why not? I will tell you. 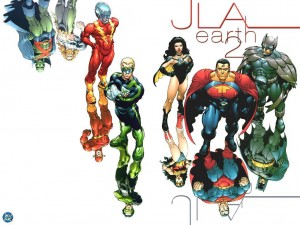 Because in five or ten years, there will likely be new leaders at the helm in the DC offices. (Update: and so there are, although Dan DiDio, Jim Lee and Geoff Johns were all at DC back then in different capacities.) And they’re not going to feel bound by what went before any more than previous leaders did. (Update: the relaunch might prove this, but I’m not sure how many would have thought the folks in charge would be undoing some of their own past stories.) DiDio has dismissed Hypertime, once considered the best possible fix to continuity woes by his predecessor. The original Crisis on Infinite Earths, in the interests of telling better future stores, accomplished the following: condensed all multiple earths into one. Established Superman as the sole survivor of Krypton. And eliminated the concept of Superboy. But, twenty years later, looky here: there’s a parallel world called Earth-2, featuring The Crime Syndicate. (Update: and dozens of others, since.) Supergirl, THE Supergirl, is back. And there’s a new Superboy character.

But later years would see the concept of the multiverse abused again.

But you know what? There’s nothing wrong with that. Every one of those ideas have been capably handled. Grant Morrison’s Earth-2 graphic novel was well-regarded. Ditto with Jeph Loeb’s Supergirl. And Superboy’s been around for awhile, and used to great effect most recently in Geoff Johns superb Teen Titans. DC’s current editors have, rightfully so in these cases, negated the promises made by previous editors in the interests of, yep, telling good stories. They haven’t totally thrown continuity to the wind, but lately they’ve wised up and realized that there are times where history can’t be allowed to stand in the way of telling tales that people want to read. (Update: this was before the so-called stories like Countdown and Final Crisis, which were absolutely wretched and exactly the kinds of stories that proved why DC had to simplify continuity in the first place). 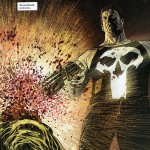 The Punisher was essentially moved out of the Marvel U, but it looks like it's just as well.

To a different extent, Marvel has realized this, as well. The Punisher, for example, has essentially been taken out of the Marvel Universe by slapping a MAX label on all of those titles. That doesn’t mean the character hasn’t appeared or ever will appear in another Marvel title, but it’s a far cry from the nineties when Frank Castle’s face was seen on the cover of every Marvel title at one point or another, as a cheap and easy sales booster. Now, under Joe Quesada’s reign, the focus has shifted to trying to sell more comics by telling better stories. They could sell more by not merely printing to order, but that’s the subject of another column. Maybe. Sales successes like New Avengers and Astonishing X-Men have been achieved by solid storytelling, not by cheap gimmicks. Except variant covers, but that’s also the subject of another column. Maybe. Other titles, like Daredevil and Fantastic Four, aren’t seeing the same sales figures but are nonetheless acclaimed by many critics.

Ultimate Spider-Man, back during a simpler time in the Ultimate U.

None of these titles have necessarily violated The Scared Law of Continuity, but it seems as though Marvel, like DC, now cares less about what happened yesterday than about what’s going to happen tomorrow. If they decide to publish a new story that conflicts with events of a past one, oh well. Conversely, with the birth of the Ultimate universe five years ago, Marvel launched a new universe, pardon the expression, that’s free of sixty plus years of baggage. In the Ultimate U, continuity is still a wonderful thing, just as it was forty years ago, both at DC and Marvel. Nick Fury appears in a myriad of the Ultimate titles, just as he did in many a Marvel book back in the sixties and seventies. The Ultimate War tie-in to Ultimate X-Men a few years ago was nicely done. And Ultimate Spider-Man remains an easily accessible title after eighty issues, just as Amazing Spider-Man had during its first eighty. Marvel’s gotten it right, focusing on continuity in the Ultimate U, which is still manageable, but playing it down in its older, “regular” universe. (Update: Ultimatum did a pretty good job of screwing up the Ultimate U, and Ultimate Spidey has suffered ever since. Time will tell if the “new” Ultimate Spidey character will help or hinder its recovery.)

Ultimatum, however, destroyed what had been an enjoyable universe. Great piece of art, though

Curiously, Ultimate Fantastic Four just launched a storyline that’s strangely evocative of Flash #123, The Comic That Gave Birth To The Continuity Gorilla. For spoiler reasons, the specifics shall remain vague, but one has to hope that this story seemingly bridging the two Marvel universes remains an inventive story, and doesn’t become a precursor to wanton visits between these two worlds. (Update: I was way off on this one; this was NOT a bridge between the Ultimate and Marvel universes, as it appeared it might be, but instead it was the arc where Mark Millar introduced zombie versions of Marvel’s characters. Jeph Loeb did a fine job of messing up the Ultimate U all by himself without the aid of any kind of inter-dimensional crossover.) Hopefully, there are enough Silver Age DC fans occupying Marvel’s editorial office suites who remember the lessons subsequently taught by The Flash of Two Worlds, because it would be a crying shame to somehow have to justify a connection between these two worlds and exactly how they co-exist in the same universe when they’ve co-existed just fine as is for the past five years.

Whatever the upcoming events of DC’s Infinite Crisis entail, it would be a nice time for DC to truly realize something: that continuity doesn’t need to be fixed, or rebooted, or changed. It just needs to be used judiciously. (Update: why do only that, when you can also make a marketing event out of it?) Next time The Legion of Superheroes is rebooted, here’s an idea: just start over. (Update: got that one right. Pat pat pat.) Call it Ultimate Legion or All-Star Legion, or better yet, just call it the Plain Old Regular Legion. Don’t try to explain how Mon-El’s a member instead of Superboy or whatever. Just start again. Whatever’s already happened, happened. Great. But so what? Make the book accessible for people who would already be reading it if not for its mind-numbing history. Or, if a great idea for, say, a Green Lantern story involves negating something that happened in the title in 1970, well, so be it.

The Legion gets another restart, but this time so does everyone else.

When The Flash was relaunched in 1956, there weren’t thousands of thirty-year old fanboys who would even notice if some event in the new series didn’t jibe with something in the old one. The kids who read it didn’t care. Today’s readers shouldn’t either. If publishers continue to cater solely to those who are mindful of such things, like they’ve been doing for a long time, then the industry is indeed doomed. Comics need to be more accessible to all, and that doesn’t just mean existing fans who find certain titles daunting. It means to all of the people not reading comics that the industry needs to reach out to. When it finds them, they need to be provided a comic book that they can enjoy, and to enjoy it, they have to understand it. And they won’t if they need to know that Psylocke once was British and had her eyes replaced with spy cameras from The Mojoverse and then became Asian and then died and then came back but the spy cameras were gone yadda yadda yadda. If fans would just let go of such a tight and literal interpretation of continuity, they might find that actually enjoy the stories more.

Continuity must die. But it can be reborn. And nurtured. At least until it reaches 800 pounds again.

More on the dark side of continuity next week, where I cite just how it’s changed the way fans have enjoyed comics over the years.

Category: Comic BooksBy Jim JohnsonAugust 16, 2011Leave a comment
Tags: I Will Tell You