Two weeks ago, as you remember, I wrote about how comic book continuity had started out as a neat storytelling enhancement but over the years had grown into an unwieldy monster; something that at one time had made stories better was now often doing the opposite. If you want, you can read that here. Then last week, as you also remember, I went on to suggest that perhaps the time had come to reverse priorities, and make continuity secondary to telling good stories, if the two are at odds. You can read about that here.

I compared modern day continuity to an 800 pound gorilla; it had become something so huge that it had to be deftly danced around to avoid disturbing, and at some point, this dance had become the primary task. If a story could be told without awakening the beast, then it was considered a success, not just by editors and creators but by readers. To many, it didn’t really seem to matter as much that the inker’s grasp of anatomy was superb, or that the penciler’s layouts were dynamic, or that the issue might have been crisply written with enticing dialogue. No, if something happened in issue #173 that didn’t jibe with something else from issue #16, well, then, it’s time to fire off that irate post to the message boards and threaten to dump the book if the writer dares show such blatant disregard for history ever again. 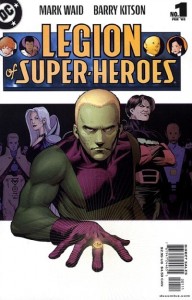 Mark Waid gave non-Legion fans something readable, but wasn't liked by some existing ones.

Take, for example, Mark Waid’s incarnation of DC’s Legion of Superheroes from several years ago. As I’ve stated and as many others already know, the continuity of that franchise is messier than the dog’s breakfast that was rejected onto the living room carpet. And there are undoubtedly many who have long since given up on LoSH because of it. But its convoluted history doesn’t have to impact telling good stories today, as Waid’s run on the book proved.

Well, actually, it didn’t prove anything, because many readers didn’t go for Waid’s take on the Legion, which was a pseudo-relaunch that reintroduced many established characters and was intended to be a somewhat fresh start. The reintroduction of Mon-El was seen not as a fresh start at all, but instead something that only further muddied LoSH continuity. And then there were those who didn’t even give it a try, because they had already sworn off any comic with the word “Legion” on the cover because of its past continuity woes. 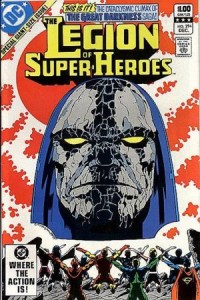 Waid's Legion was probably the best since Levitz' and Giffen's.

Essentially, both groups avoided or disliked the book for reasons that relate to what went before. Few seemed to criticize it on its own merits. The vast majority who condemned the run did so because it didn’t “fit in.” It “betrayed” what came before.

Except, Waid’s reintroduction was a pretty good story. Regardless of whatever continuity problems it may or may not have created. Take it from one of those who gave up on Legion years ago because of its inaccessibility: Waid’s early issues on this incarnation of the title were arguably some of the most accessible Legion stories published in recent memory. For the first time since the Paul Levitz / Keith Giffen days, I found myself actually enjoying LoSH without a set of Who’s Who in the DCU volumes at my side.

Similarly, I recall an Action Comics Annual from a few years ago written by Geoff Johns and Superman the Movie director Richard Donner, which featured some of the Mort Weisinger-era elements that had long been jettisoned in the post-Crisis era, such as the classic cube-shaped Bizarro planet. These kinds of things were supposed to be long gone, yet this annual was one of the most enjoyable issues in the Superman family of titles that I had read in a long time. But I spoke with fans who took exception to this story, solely on the basis that John Byrne’s reboot of the character back in the 80s was supposed to get rid of such things, and, well, that was that. This kind of thinking to me always seemed akin to not getting on the morning train if it arrives five minutes early because it’s not supposed to be there yet.

Yet, Grant Morrison did a much lengthier and more thorough Weisinger-esque take on Superman in his very enjoyable All-Star Superman title. The All-Star line, of course, being separate from the mainstream DCU and often seen as DC’s attempt to copy Marvel’s Ultimate line of comics. And being separate, Morrison’s take on the character was not condemned based on continuity; whatever criticisms it got was based on what was between the covers, and nowhere else.

What always astonished me about this was how similar treatments could evoke such different reactions. A cube-shaped world was OK in one Superman comic, but not another. And I couldn’t really figure out why, until it suddenly and finally hit me. Just what was this revelation, you ask?

This was apparently the "real" Superman who got married.

But the Superman who got married in 1978 was from Earth 2, and therefore NOT "real".

So the stories in the mainstream titles are the “real” ones. And those in any other title must be “imaginary”. But as Alan Moore once said, aren’t they all?

Of course they are. We all know that, yet we’re so close to this hobby that we quickly forget it, too. We’re so close that we expect stories to roll out as they do in real life, where nothing that happens today can negate what happened yesterday. We’re so close, that we focus on dotting the “I”’s and crossing the “T”’s in the word “continuity” more than we focus on the very thing we started buying comics for in the first place.

To read, and enjoy, the stories inside them. 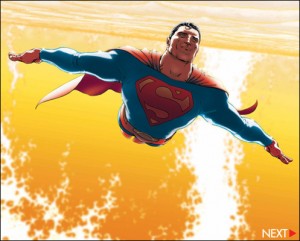 All-Star Supes wasn't the "real" one, either.

Have we become so conditioned to value continuity over content that we’ll thumb our nose at anything that dares challenge it? Has it become something we’ve become so accustomed to that when it’s changed or removed, we can’t handle it?

I think I was wrong before. Continuity’s not an 800 pound gorilla at all. It’s not even something we can see. And it’s not something we try to control. Because, you see, it now controls us. 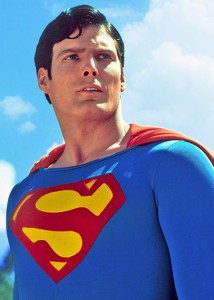 Maybe THIS is the "real" one?

It snuck up on us when we weren’t looking years ago, gave us a little taste, and we liked it. And we wanted more. And more.

It’s not like an animal at all. It’s an addiction.

That’s right, we’re addicted. We can’t enjoy a story on its own merits anymore. It can’t be just a good standalone; it has to be part of something more, and it has to fit just so. Otherwise, we condemn it.

All the more reason that continuity must die.

Before it kills comics.