Darkling, One of Archie’s Newest Heroes 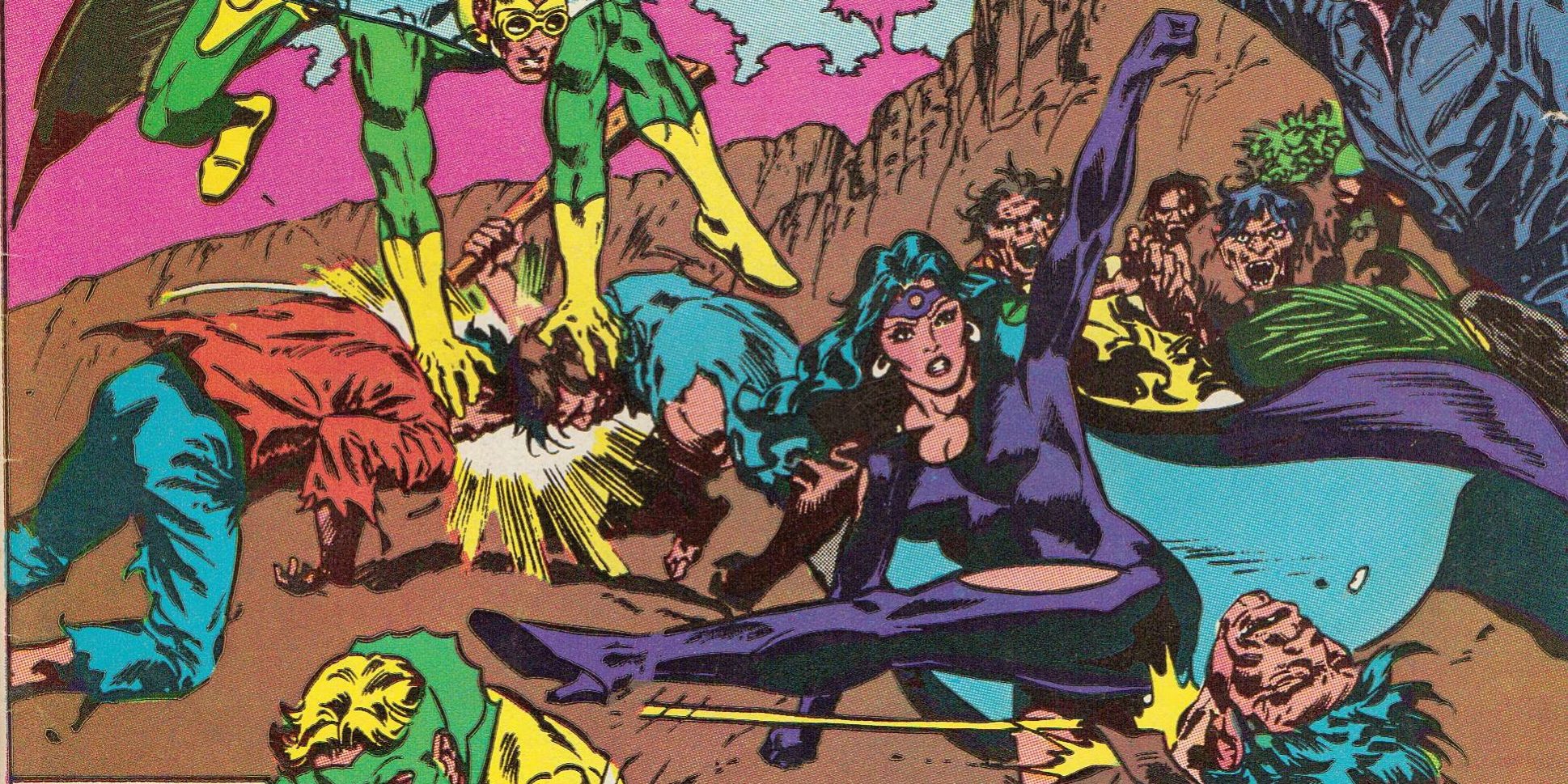 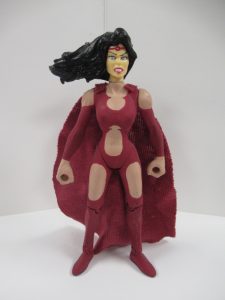 Darkling as she appears in our Custom Action Figure Collection

Welcome back to My Hero, wherein we here at Back to the Past tell you why the obscure characters from our custom action figure collection are great! Years ago, we purchased the life’s work of an artist and comic fan whose chosen medium was granting forgotten comic characters the action figure immortality denied to them by major toymakers. We’re still sorting through it all, and we’re making new finds every week! This week’s find, who will soon be available on ebay, is Darkling! She’s closing out our month-long series on Archie heroes, and is one of the latest additions to the Mighty Crusaders (outside legacy heroes).

Archie’s revival of of the Mighty Crusaders in 1983 utilized most every heroic character from the company’s history in some way. There was a problem though: they had exactly one female hero, she was already on the team, and the more socially conscious 80s frowned on such one-sided gender ratios. Technically, there had Pow-Girl from The Web’s 60s adventures, but there were various reasons she wouldn’t be a good fit. If Red Circle comics were to compete with Marvel and DC, new characters would have to be introduced.

Enter Darkling. Mighty Crusaders #3 saw the team battle their perennial foe The Brain Emperor and his Malevolent Legion of Juggernauts (named for Archie Comics’ Golden Age name, MLJ), evil clones of Golden Age crimefighters. As the Brain Emperor traveled through Oblivion’s Edge, a dimensional limbo at the edge of existence, he was spied on by Darla Lang. She had been planning to use her mystical teleportation cloak to join the Mighty Crusaders, and by following the Brain Emperor, was able to rescue some of their number that had been captured by the MLJ. She became their secret weapon against the Brain Emperor and was quickly welcomed to the team as Darkling. 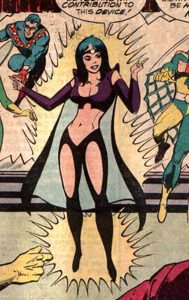 Darkling as she appeared in the pages of the Mighty Crusaders.

Darkling filled the role of ” mysterious mystical lady” on the Mighty Crusaders, a role filled by Zatanna and the Scarlet Witch at DC and Marvel. Not much was ever revealed about her, but she did strike up a friendship with founding Crusader Fly Girl. Though she wasn’t in every issue, she was a member in good standing for most of the series. Alas, it was not to last. Mighty Crusaders #11 saw her and Doc Reeves, both Red Circle era additions to the team, killed by the Brain Emperor as major stumbling blocks to his plans. The series ended two issues later.

Darkling was left out of the next two major revivals of the Archie heroes, both at DC Comics. In an interview for the MLJ Companion, co-creator Rich Buckler claimed he owned the rights to the character and intended to make use of her in independent comics. Since Archie would later become infamous for fouling up its work-for-hire agreements and unnecessarily complicating character copyrights, that’s eminently believable.

However, the most recent Mighty Crusaders series in 2018 unexpectedly brought her back! Looking a bit more like Sadako from The Ring, she was still the team’s resident mysterious mystic lady. She was one of the team’s veteran members, mixed in with the next generation of heroes leftover from the short-lived New Crusaders team. The copyright info in the collected edition doesn’t mention Rich Buckler, but it also doesn’t mention Joe Simon either despite appearances from characters he reclaimed from Archie Comics in 1999.  That is to say, it’s not entirely clear if Buckler was wrong, some other agreement was reached, or Archie just goofed.

Was Darkling in the Remco Mighty Crusaders?

No, which is a little odd since she was much more prominent than The Fox, who did make the cut. That said, Remco wasn’t known for its lavish design work and it would be a little tough to reuse a generic musclebound bod for a sexy superheroine. No, even more than most Mighty Crusaders, Darkling was left out in the cold by Remco. That’s where an artist like the customizer who created our custom action figure collection comes in, finally putting Darkling in her rightful place next to her teammates.Speaking of which, if you’ve got collection like it – be it original art, custom action figures, convention sketches, whatever – and are looking to sell it, get in touch!