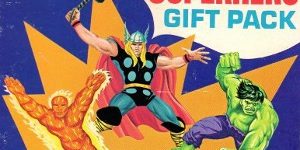 Here is the box the comics came in: 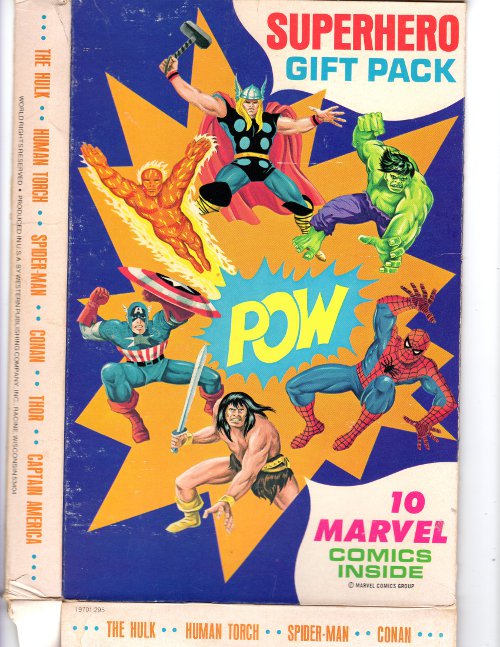 Sorry, but I do not know who did the artwork for this box.  It looks to me that the images are painted, rather than drawn in pencil and then inked.  What do you think?  Any ideas on the actual artist?

I’m also not sure if someone gave it to me as a gift (that would certainly be a logical guess) or if I bought it myself, but I truly doubt I would have purchased it myself, as I would have already purchased the individual comics.  So I suspect I received it from a friend, or family member, for my birthday, or for Christmas that year.

And of course, being the collector I am, I carefully placed it safely away in the comic vault until bringing it into the light of day, today!  So which comics were in my gift pack?  Glad you asked!  First up is The Avengers # 163, cover dated September 1977.  It’s got a nice George Perez cover, with inks by Pablo Marcos.  The interior story is written by Jim Shooter and pencilled by George Tuska, with inks by Pablo Marcos.  Next up is Fantastic Four # 185, cover dated August 1977.  The cover is also drawn by George Perez, with the inks done by Joe Sinnott.  Len Wein wrote the story and the interior artwork was provided by Perez and Sinnott.

Here’s the covers to those two comics: 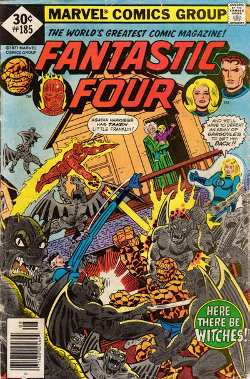 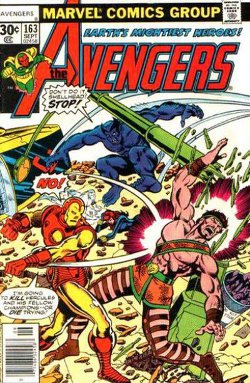 I might mention that all ten issues are the Whitman variants, like the one on the right above.  A white diamond within a black square, with 30 cents and the number of the issue within the white diamond.

Next we have two issue of the Amazing Spider-Man, numbers 171 & 172, cover dated August and September 1977 (are you sensing a pattern yet?).  The covers are pencilled by Ross Andru with inks by Frank Giacoia.  Issue 171 is written by Len Wein with breakdowns by Ross Andru and finishes by Mike Esposito.  This issue also features Nova as a guest star.  Issue number 172 is also written by Wein, with breakdowns by Ross Andru, but this issue the finishes are provided by Frank Giacoia.

Here are those two covers: 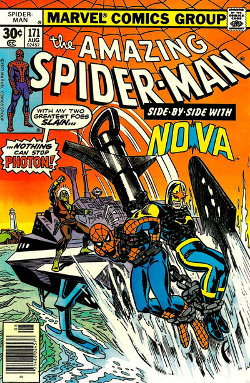 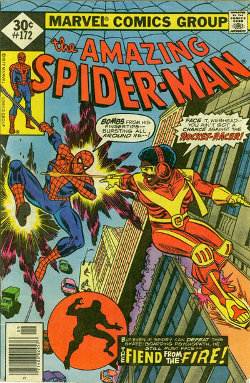 Okay, next are two issues of Captain America, numbers 212 and 213, also cover dated August 1977 and September 1977.  Both issues sport great late seventies, Jack Kirby covers!  The inking is believed to be done by John Verpoorten Issue # 212 features Cap battling the Red Skull.  The stories are both written and pencilled by Kirby and the inks are by Mike Royer (#212) and Dan Green (#213). 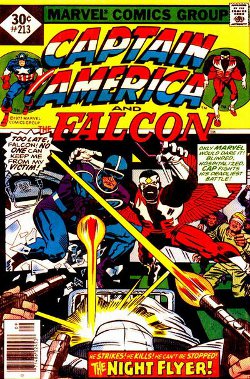 Next we have Conan # 77, cover dated August 1977, which features a cover drawn by Gil Kane and inked by Ernie Chan (Chau).  The interior story is written by Roy Thomas and pencilled by John Buscema, with the inks by Chan.

Also included was The Incredible Hulk # 214, cover dated August 1977.  The cover is likely pencilled by Rich Buckler, with inks by Ernie Chan, but I could be wrong.  The story is written by that Len Wein again, with the interior artwork by Sal Buscema, Big John’s little brother, and Ernie Chan (him again).  This issue has the Hulk battling Jack of Hearts.  I’ve always like Jack, but Marvel seems to underutilized him over the years.  What do you think?

And here are those two covers: 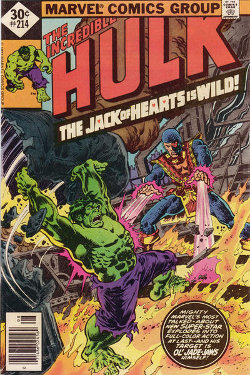 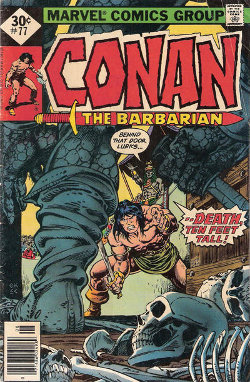 And finally the gift pack had two issues of Thor.  Thor # 262 and # 262, cover dated August 1977 and September 1977.  Both the covers are pencilled by John Buscema and the inker is Joe Sinnott on both issues.  The writer of these two issues is Len Wein (yet again) and the penciller, for both, is Walt Simonson and Tony DeZuniga provided the inks for both issues, as well.

Here are those covers: 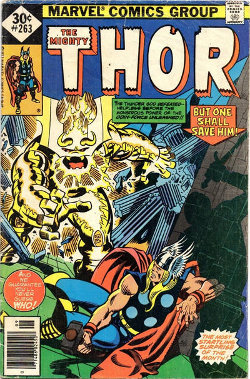 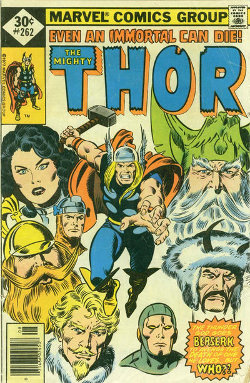 Anyway, anyone want to buy a 1977 Marvel Comics Superhero Gift Pack?  It’s likely not worth a whole lot, but it’s a pretty nifty collectible, none the less.

That wraps up things for this Fabulous Find, but please be sure to check back next Friday for a new RETRO REVIEW.  Until then … be seeing you.