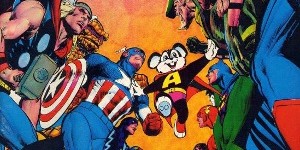 Hey ho, faithful followers.  I’m back with a new Fabulous Find for all you fans, and this week I’ve unearthed The Art of Neal Adams Volume One.  It was published by Sal Quartuccio and is dated 1975.  It’s a thirty-eight page (including the covers) magazine sized book or booklet.  It has colored front and back covers, but the rest is printed in glorious black and white.  And for the record it sold for $3.00 back in 1975. 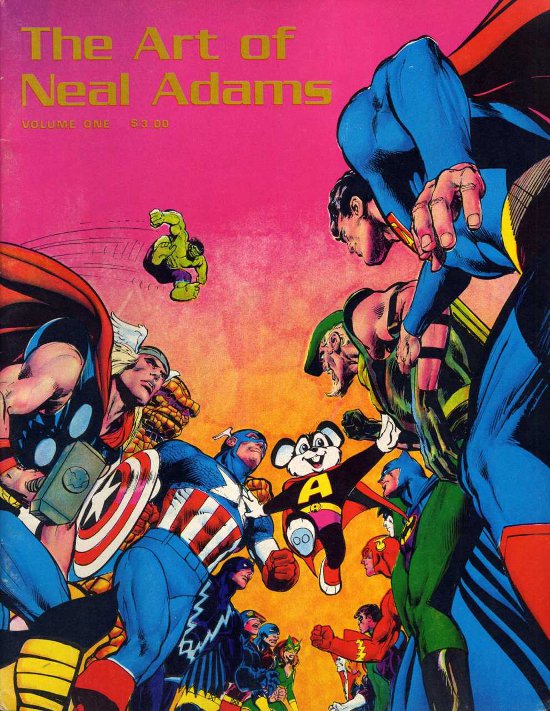 Personally, I think the front and back covers, as drawn by Mr. Adams are fabulous!  And so that I don’t forget to include the back cover, I’m going to share it right now, rather than waiting until I reach the end.  And since they are the only color pieces, it seems appropriate to show them back to back, so to speak.

The back cover features the Spirit, the Will Eisner created character.  I think Neal has done an excellent job in his interpretation.  What about you? 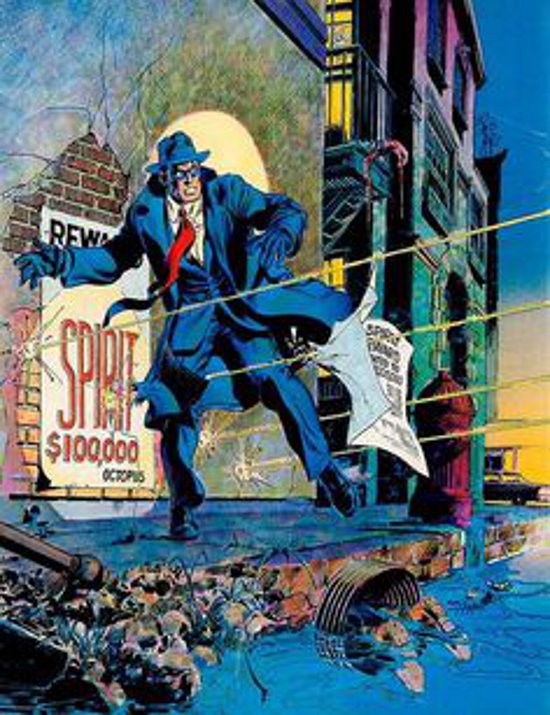 Back cover of The Art of Neal Adams Vol. 1

As the title says, this book features the art of Neal Adams and there is not too many words cluttering up the publication.  The inside of the front and back covers tell a little about each of the artwork in the book.  And they have included a small picture of Neal also on the inside front cover.

The book has art by Neal that hasn’t been seen very often, or at least hadn’t back in 1975.  This was one of the first, if not the first, art book showcasing comic book art and individual artists.  For three bucks I thought it was a pretty nice package back in ’75 and looking at it today still do!

The book features some of Neal’s unused covers, some of his comic strip work, samples of his Power Records art, movie poster work, advertizing art and a preview of the Tarzan book covers that he would be doing shortly.

Here are a couple of examples of Neal’s work from The Art of Neal Adams Volume one: 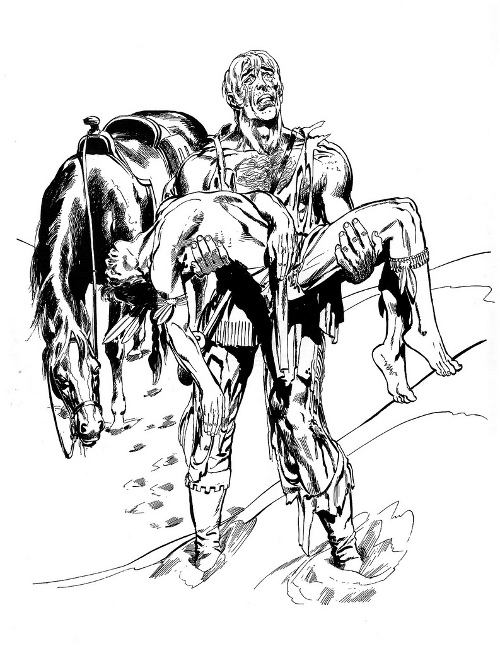 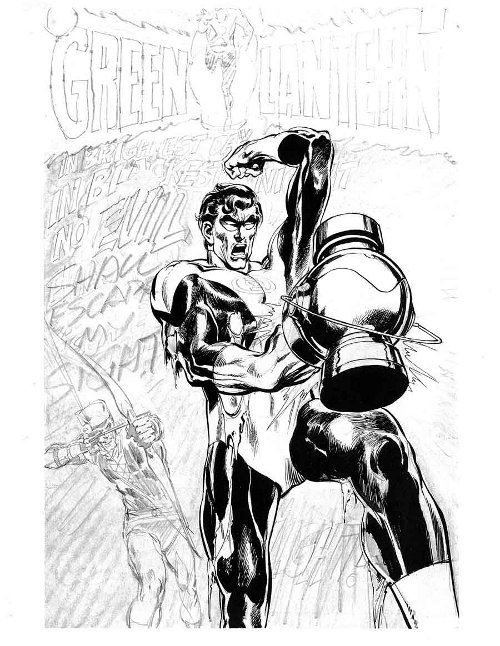 Next up is a pen and ink drawing based on a Frank Frazetta painting, Neal did for Warren Publications: 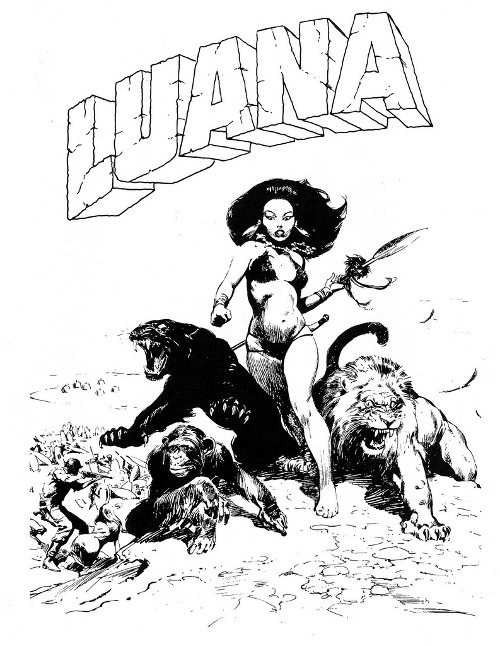 And this last piece is the poster that Neal did for the Broadway play; Warp!  It was supposed to be three plays actually, but I don’t think the final two were ever produced or performed.  But I could be wrong.  I was lucky enough to catch the revived show in Chicago, in 1979 (I’m pretty sure).  This first play was entitled; “My Battlefield, My Body” and Neal designed the costumes, as well as, the sets and backgrounds.  Of further note, Warp was then turned into a comic book series from First Comics during the eighties. 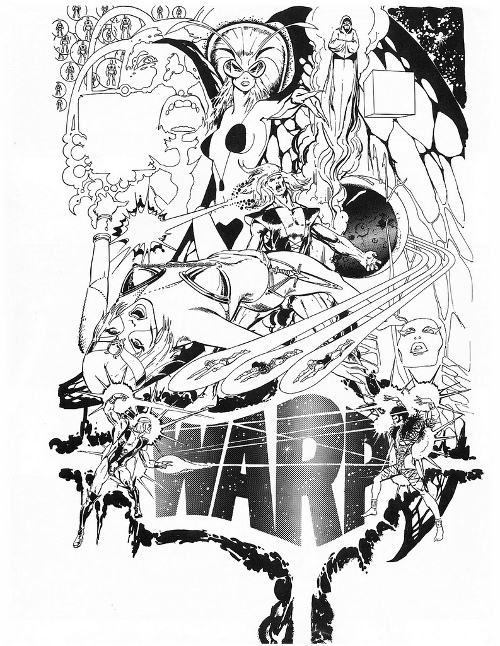 In fact, I don’t normally announce what comic I’ll be reviewing the following week, in my RETRO REVIEW column, but I’m going to do so this time and tell you that I’ll be looking at a Warp comic book, just not sure if it will be the first issue or another one.  So please come back next week for that and again in two weeks for a new Fabulous Find.

Summer is fast coming to an end, so enjoy what’s left and we’ll see you in the funny pages.