1 out of 5 – Would Recommend: Mighty Morphin’ Power Rangers: The Movie 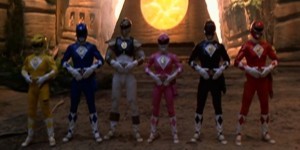 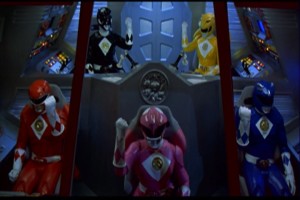 Welcome back to 1 out of 5 – Would Recommend, where the nostalgia goggles do nothing. To that end, we’re watching 1995’s cinematic masterpiece (and the first movie I saw twice in the theater) Mighty Morphin’ Power Rangers: The Movie!

Alien warlord Ivan Ooze is freed from six millennia of imprisonment and wreaks terrible vengeance upon Zordon, the heroic wizard who imprisoned him. Zordon’s six teenage students, The Power Rangers, must travel to the distant planet Phaedos in the hopes of regaining their lost powers so they can save both the planet and the life of their mentor. Will they succeed? It would be one helluva twist if they didn’t. 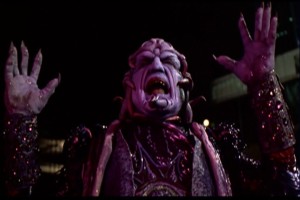 Ivan Ooze, who couldn’t share the movie with Lord Zedd because this much ham ain’t kosher.

20th Century Fox, along with Saban & Toei (the production companies behind the show), because Power Rangers was bigger than Jesus circa 1995. It made fourth and a half times its budget at the box office, so it seems like it was a good idea.

The movie is far from perfect, combining all the show’s goofy over-the-top wholesomeness with great sets and terrible CGI. That said, it is meant as an action movie for children and succeeds at being an amusing romp. Whether you’re a 90’s nostalgiac or just looking for some super hero action geared to the six and under set, this movie is a pretty solid use of ninety-five minutes. 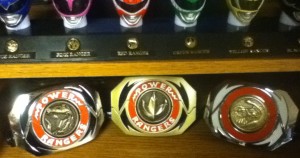 But, as this $180+ worth of my collection demonstrates, I may be biased.

NEXT WEEK: That ridiculous video for “Trouble” by Shampoo put me in the mood to talk about another ridiculous relic of the 90’s – the movie tie-in music video, specifically 5 Times They Were Awesome.