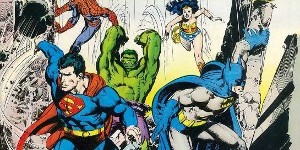 It’s another Fabulous Friday, therefore, it’s time for a new Fabulous Find.  This week I’d like to talk about the second volume of the fanzine known as: The Art Of Neal Adams Volume Two.  This, like Volume One, was published by Sal Quartuccio, and it is dated 1977.  Like the first volume that I featured here; https://gobacktothepast.com/fabulous-find-art-of-neal-adams-volume-one/ the book features thirty-six (36) pages, including covers, of fabulous artwork by the excellent Neal Adams.  Here is the cover to Volume Two: 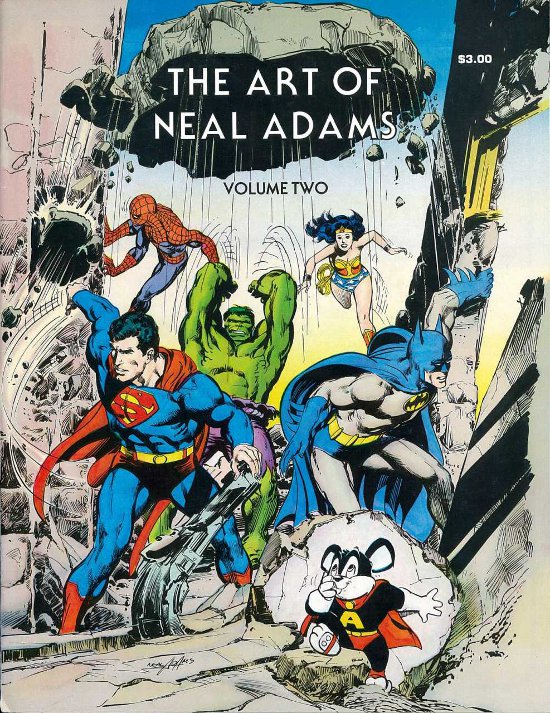 The art is reproduced in black and white, with only the front and back covers in color.  As you can see from the cover above, DC Comics and Marvel Comics characters are featured prominently, but look closer and you’ll also see Charlton Comics’ Atomic Mouse down front.  Maybe they are all playing hide and seek?  That’s my guess, anyway.   Oh, by the way, the fanzine sold for $3.oo, new in 1977.  Expect to pay a little more if you seek it out and purchase it today.

But the reason I purchased this fanzine was clearly for the great Adams’ artwork, so let me show you a couple examples from this volume.  Here’s a nice illustration of the DC heroes that is found on page three (3): 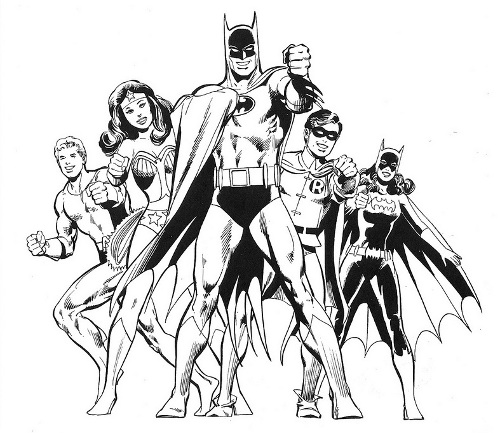 It’s nice to see a couple of the lesser known heroes being featured along side Batman and Wonder Woman in this piece.  As you can see, Neal has chosen to use Aquaman, Robin and Bat Girl, rather than Superman, Green Lantern and the Flash.

But speaking of Superman, here is Neal’s illustration of Superman carrying his creators, Jerry Siegel and Joe Shuster.  The caption to this drawing is: “Does Superman have the power to save his creators?”.  If you remember, DC COmics at the time were not acknowledging Superman’s creators in any way, but eventually gave them a cash settlement and provided health care benefits.  So Superman did indeed, have the power to save his creators, with a lot of help from Neal Adams, himself, who fought long and loud, on their behalf.   Here is that artwork:

This fanzine previewed on sixteen pages Adams proposed Monsters graphic novel, which featured Frankenstein, the Werewolf and Dracula.  I think this was the first reveal of any artwork from this project that Neal was doing at the time.  Also included was advertizing artwork featuring Spider-Man, Burger King, O J Simpson, Jimmy Carter and Gerald Ford, as well as, a movie poster for the movie Death Promise.

And here is one additional art piece that Neal did for a record cover for Power Records, featuring Marvel Comics’ Conan the Barbarian.  Take a look: 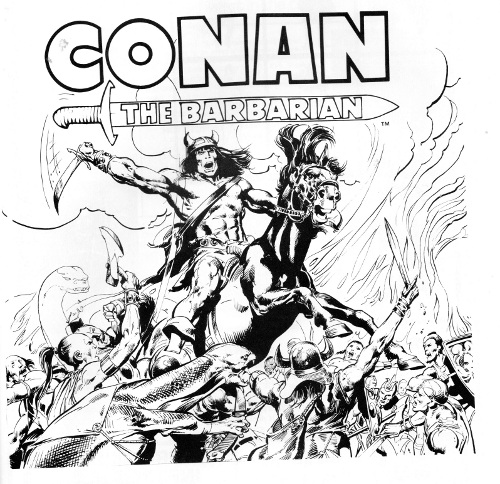 Not a bad little package, all in all.  Hope you enjoyed my look at it.  That wraps up things this week, but please come back next Friday for a new RETRO REVIEW and of course, I’ll be back in two weeks with another Fabulous Find.  Til then have a week!