1 out of 5 – Would Recommend: Road House 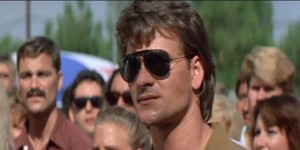 Welcome back to 1 out of 5 – Would Recommend, where well-made bad movies are just as fun as poorly made bad movies. This week, we’re watching the very first movie Mike Nelson riffed for RiffTrax, a movie described by Roger Ebert as leaving “reality so far behind that you have to accept it on its own terms”, Rowdy Herrington’s 1989 magnum opus Road House.

Dalton (Patrick Swayze), a legendarily skilled bouncer, is hired by a rowdy little hole in the wall called The Double Deuce to help clean it up. In doing so, he runs afoul of local racketeer Brad Wesley (Ben Gazzara). He’ll have to apply his super bouncer skills to cleaning up the whole damn town.

What Make This Movie Magical? 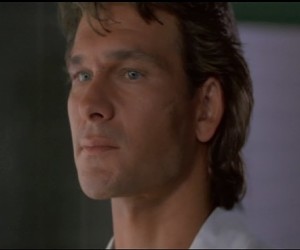 Or maybe all bouncers are incredibly handsome martial arts experts with philosophy degrees. I don’t really go to bars.

There are plenty of professions that Hollywood glamorizes that can, in real life, be brutal and unseemly. Hitmen, mercenaries, bodyguards, spies, and thieves are all portrayed on the silver screen as being far more classy or skilled than they usually are in real life. What makes Road House stand out is that it applies the basic character type used by those kinds of movies – a mysterious outsider, a legend in his field with nigh-supernatural fighting ability, a deeper intelligence than you’d expect, with a tragic past that drives him to be the man he is, the perfect badass – and applies it to the profession of tossing rowdy drunks out on their ass.

Road House is an amazing movie. It’s clearly trying to apply the Western genre premise of “mysterious stranger rides into town and rescues the innocent folk from the evil land baron” to the modern day, and it does succeed at it. Its downfall is, again, choosing the least likely profession to center it on: the new sheriff in town is the guy who politely asks you not to manhandle your waitress. The commitment to this frankly ridiculous premise absolute and dead serious, which is why the movie works – I have no idea if Rowdy Herrington is a comedic genius or utterly lacking in self-awareness, but either way he played the movie perfectly. 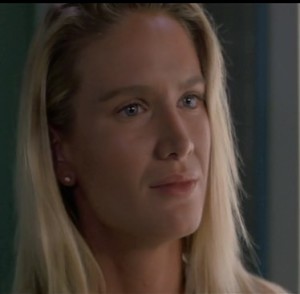 So in real life, Kelly Lynch (the love interest) is married to a friend of Bill Murray and his brothers. And every single time they catch Road House on TV, they call him up to tease him about her sex scene with Swayze. The 90’s must have sucked for him.

NEXT WEEK: Fiction manages to beat reality to the punch by about 30 years with 1986’s Soul Man.