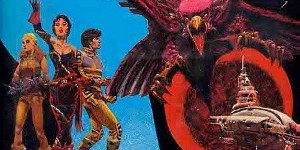 I wanted to look at something a little different for this week’s Fabulous Find.  Therefore, I’ve pulled off the shelf one of the early graphic novels published in the 70s’s.  The book is Empire and it is written by science-fiction author, Samuel R. Delany.  The art is provided by comic book artist, Howard V. Chaykin.  The book was published in October 1978. My copy is the trade paperback that sold for $9.95, but there was also a limited, signed hardcover edition printed. that sold for #24.95 plus shipping, as it was only available from the publisher, Berkley Publishing Corporation.  Woah, I just looked on another shelf, elsewhere in my house and there sits the hardcover, signed version.  I forgot I even had that.  If you care, my copy is signed by both Delany and Chaykin and is numbered 67 of 1,500. 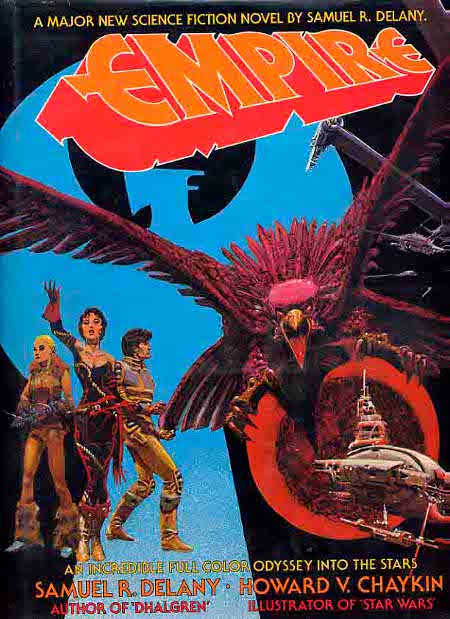 The main characters in the story are Wryn, a student who is suddenly thrust into an epic adventure spanning six different worlds and Qrelon, a rebel and legendary outlaw who holds the secret of Empire.  Their mission is a quest to set their galaxy free from the Kunduke. led by Loiptix, their chief intelligence officer.  The Kunduke rule many, many worlds through their rigid control of all information.

The story begins with Wryn assisting one of his teachers in field work, where he drives an excavator in the search of ancient artifacts.  The year is 6279, the far, far future, and the people of Earth have moved into the stars and have long since lost the location of the Eyrth, as it is now known.  In fact, this expedition is an attempt to locate the ruins of Nuw Yorq to determine if this planet is Eryth!

Then things start to get interesting fast.  It turns out their guide for the dig is actually the rebel, Qrelon.  She is there to recover a piece of crystal from the ruins.  Loiptix and his minions show up and fireworks begin.  Wryn is force to flee with Qrelon aboard her ship, Proteus, a shape changing starship!

Here is a look at some of the lovely artwork that Chaykin provided: 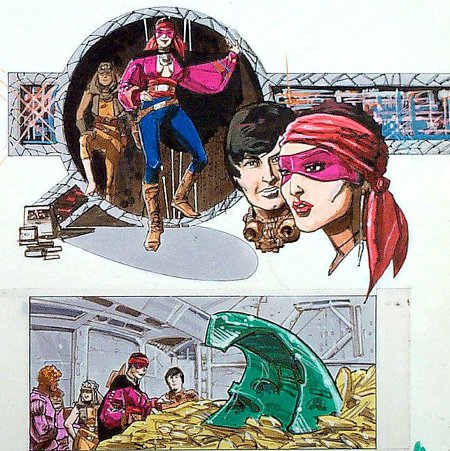 As you can see the art done for this graphic novel is done large.  Generally there are no more than three panels per page, though a couple do use more, but not many.  It was designed to show off the art, with a lot of panels running vertically, rather than horizontally, as most comic books are done.   Of course, occasionally we get a full page, as well, like this one: 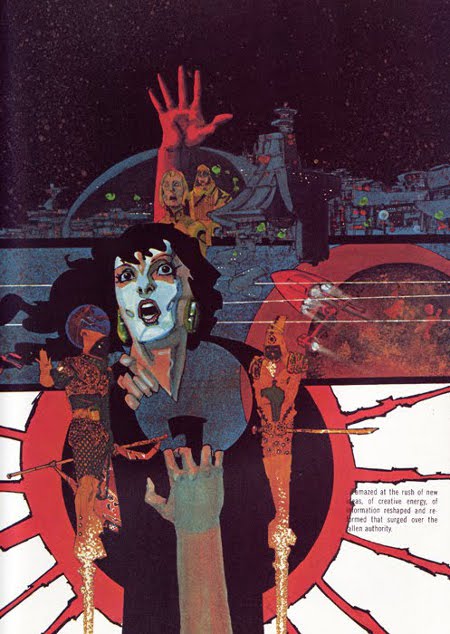 And there are even a couple of two page spreads within that really show of Chaykin’s brush work.  Here’s an example: 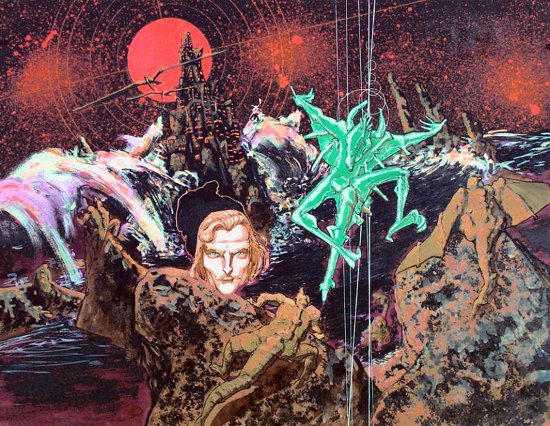 This graphic novel came out just after the movie, Star Wars, made such a splash all across the world.  And in fact, Chaykin drew the first arc for the Marvel Comics adaptation of Star Wars.  So there is a tie in for all you comic book art buffs.

The rest of the story focuses on Wryn and Qrelon’s quest for the missing shards of crystal, which total seven (7) in number and when put together will destroy the Kunduke’s control of information.  You’ll have to find a copy to see how the book turns out, as I won’t reveal it here.

Delany tells an interesting story and chaykin provides excellent art illustrating Delany’s science fiction story.  I give it two thumbs up and recommend it for addition to your collection.  Thanks for stopping by for this week’s Fabulous Find and please return next week for a new RETRO REVIEW.