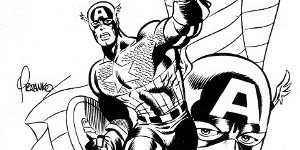 Happy Friday everyone!  It’s time once again for another Fabulous Find!  And this week I’ve unearthed another great old fanzine.  It seems I get the most feedback when I pull one of these babies out of my collection to share with you all, so I think you must like and appreciate my posts when I’m talking fanzines!  This week it’s Fantastic Fanzine # 10, published during the summer of 1969, by Gary Groth (who later came to fame by publishing the Comics Journal).

This fanzine has just a wonderful cover pencilled by “Jaunty” Jim Steranko and them inked by “Jolting” Joe Sinnott, featuring Marvel Comics’ Captain America, Bucky and the Red Skull!  Please take a look and enjoy: 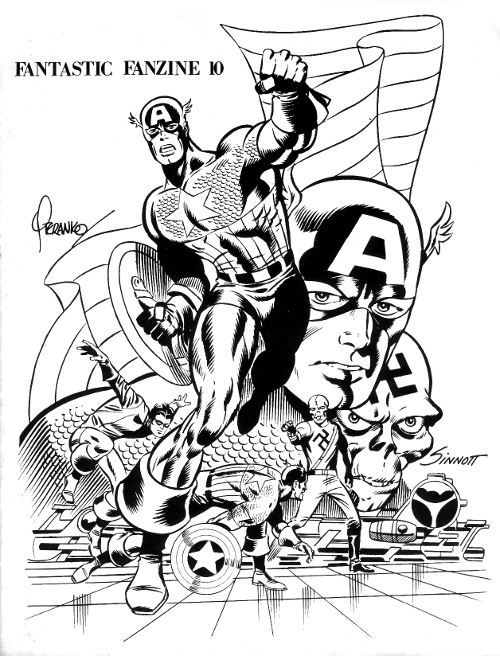 I think it was also used as a poster that you could buy from Marvel, through their house ads within their comics.  Once we open up the fanzine we see a fake Stars and Stripes issue showing Captain America in Vietnam!  Hey if Iron Man could do it, so could Cap!  Next up is the editorial from Mr. Groth, plugging upcoming features and explaining why this issue was late.  The editorial included a spot illustration done by Neal Adams (pencils) and Ron Sutton (inks).

Then the “meat” of the issue is next, this is a relatively long interview with fan artist, Dave Cockrum!  The interview is heavily illustrated by Mr. Cockrums artwork, including this self-portrait: 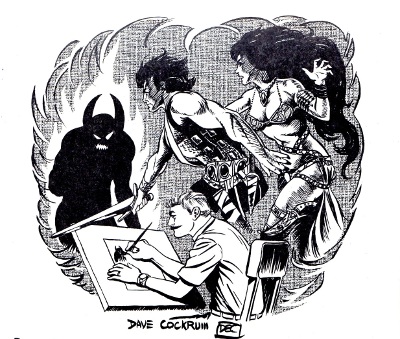 At this time, Mr. Cockrum had not broken into the professional ranks and was still an amateur!  In fact, he was still in the navy at the time of the interview and still had a year left to serve.  The interviewed covered hoe he got started and where his artwork had appeared already and where it would be appearing shortly.  And of course, he spoke of his desire to eventually become a professional comic book artist, which we all know he did, working first at D C Comics, working on the Legion of Super-Heroes, and then at Marvel Comics, working on the re-vamped X-Men!

The fanzine included a couple of continued fiction stories, this issue had chapter three of The Search, written by Robert Kowalski and later in this issue, Mysterious Miracle, written by Bill Cantey.  Cantey also wrote an article called “The Accursed Code” discussing the Comics Code Authority.

Next was a nice two page recap/review of the seven issue run of the western hero, Ghost Rider than Marvel published during the sixties.  This issue also showcased the first of a new column from fan favorite; Tony Isabella, entitled; “Windmills Of My Mind”.  In the article Tony discussed what he likes in a fanzine and why continued fan fiction doesn’t work, at least in his opinion.  He felt that fan writers should present a short story that could be published in a single issue, rather than continued over multiple issues of a fanzine, that might never see the final chapter published.

WIthin the pages of this fanzine are a lot of spot illustrations of various super-hero characters from the various comic book companies.  One that stands out is a convention sketch by professional, Bill Everett, of the Hulk.  Take a look, why don’t you … 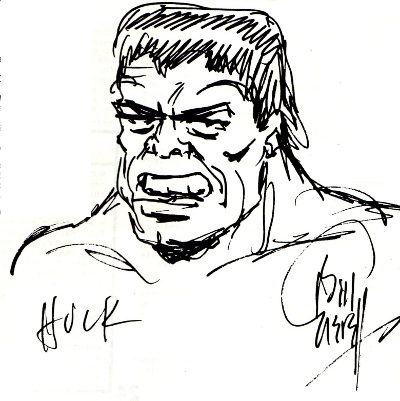 The Hulk by Bill Everett

Obviously, Mr. Everett was most known as the creator of Marvel Comics’ the Sub-Mariner, so it;s interesting to see his take on the Hulk!  Clearly this is a sketch, rather than final artwork done for the comics.

Next up was a rebuttal article/column, written by Doug Martin, in response to an article published in the previous issue on the “Look at the Future of Comicdom”.  Then there were articles on “The World of the Weird:, written by Gordon Mathews and “The Immortals” written by Mike Vitti.

This issue wraps up with four or five pages of letters of comment.  The letters pages also featured quite a few spot illustrations by Dave Cockrum and other fan artists!  Finally the inside back cover featured a full page Ghost Rider (again the western hero) and the back cover has a nice Ant-Man illustration also done by Dave Cockrum.  In fact why don’t I share that with you: 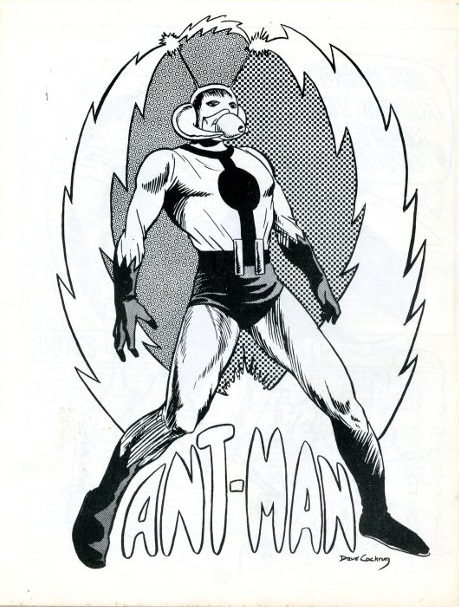 All in all a pretty nice package!  And all that for only 50 cents!  Yep, that’s right!  Did you notice the price back on the cover image above?  Anyway, Groth’s Fantastic Fanzines are a wonderful example of fan published comic book ephemera and I highly recommend you pick them up if you ever get the chance!  Though if they’re on eBay, you might have to out bid me for them, as I’m still missing some of the earliest issue!

So that’s it for this week, I hope you enjoyed my column and come back next week for a new RETRO REVIEW and of course, come back in two weeks for another Fabulous Find!   You all come back now, ya hear!