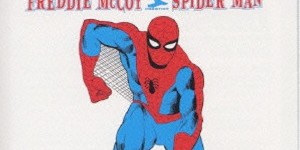 Friday, it’s Friday!  Heck ya!  And time for a brand spanking new Fabulous Find.  It’s been a while since I featured any music for a Fabulous Find, so today, I’m going to rectify that.  Here is a little collectible that you just might not even be aware of.  It’s from way back in 1966 and it is Freddie McCoy’s album (lp) entitled; Spider Man.  The album is a jazz album and it features a track inspired by and named; Spider Man.  Here is the cover to that album that was put out by Prestige Records and it’s catalog number is 7444. 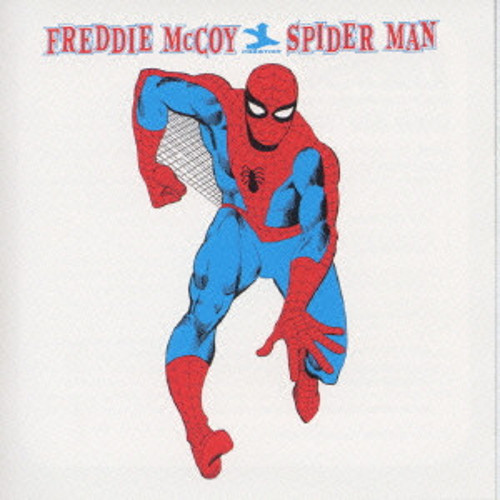 As you can see by the above album cover, it features, Marvel Comics‘ Spider-Man as drawn by the great Steve Ditko.  This was still very early in Marvel’s licensing of their characters, but what a great impression it would have made as a twelve (12) inch by twelve (12) inch album cover.  It would have been practically a poster size image at the time.  The image is very similar to the 1965 door sized poster that Marvel sold from their comic books.  Then again, maybe it’s the same image only re-sized to fit the album cover.

And not to keep you wondering, here is the back of the album cover, as well: 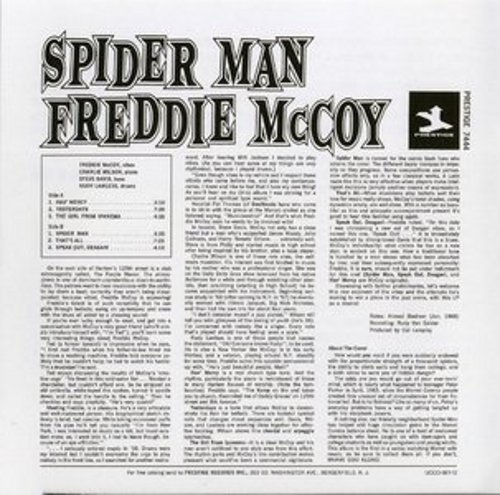 I’m not sure is you can read the small print, but the Spider Man track is 3:20 long and it is the first song on the second side of the album.  There is even a couple paragraphs about Marvel Comic’s Spider-Man in the lower right hand corner of the album cover back, just in case the record buying public didn’t know who Spider-Man was back in 1966.

The song was also issued as a single, as well.  It also was released by Prestige Records in 1966, and is numbered; 45-398.  You’ll likely notice that it was issued as the B side of the single, rather than the A side.  I guess Spidey was still getting no respect back in 1966! 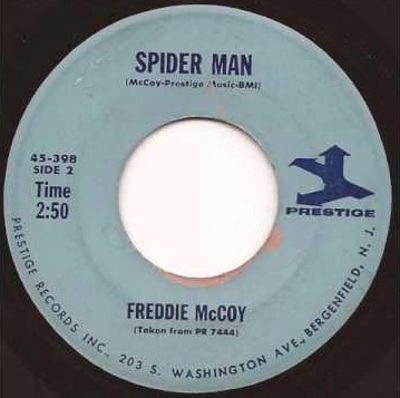 One other thing I want to mention is that for the single release, the record company trimmed thirty (30) seconds off of the recording.  The album cut is 3:20 long, but the single cut is only 2:50 long.

So does any of my Marvel collector friends own this album?  How about the single?  I don’t really know how difficult it is to find today, but I assure you that it is highly collectible.  One of my sources estimates the cost of the album is around 400 to 600 dollars unopened and even 35 to 125 dollars opened and played, depending on the condition of the record and album cover.

And I couldn’t leave you without providing a link to YouTube, where you can hear Freddie McCoy, playing the vibes, on his rendition of Spider Man, from 1966.  So without further ado, here’s Freddie …