Bonjour, mes amis!  Or if you’re not up on your French, Hello, my friends!  You’ve made it back for another  new Fabulous Find, and this week I’m looking back to 1977, 78 and 79 (with a mention of 1980).  From my personal collection are some Marvel Comics View-Master sets.  These were put out by the GAF Corporation, New York, New York. 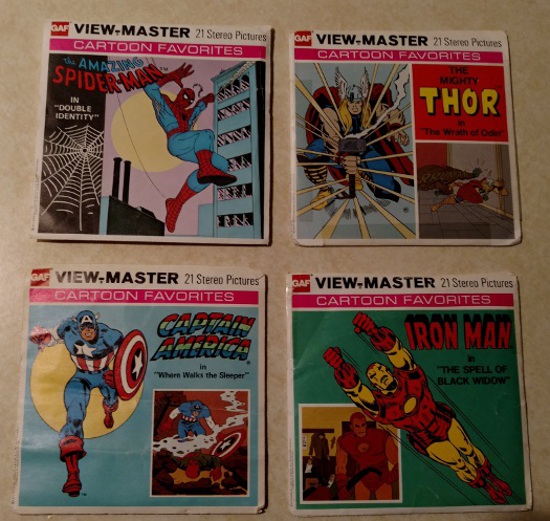 Here are the reverse sides of those same View-Master sets: 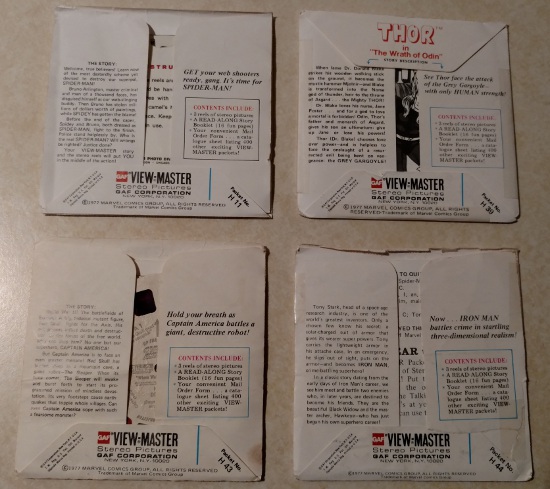 Each of the sets come with the outer sleeve with the nice artwork from Marvel, an interior booklet, as well as three stereo reels totally twenty-one (21) pictures, or seven (7) stereo pictures per reel.

Here is the opened Spider-Man set so you can see what you get: 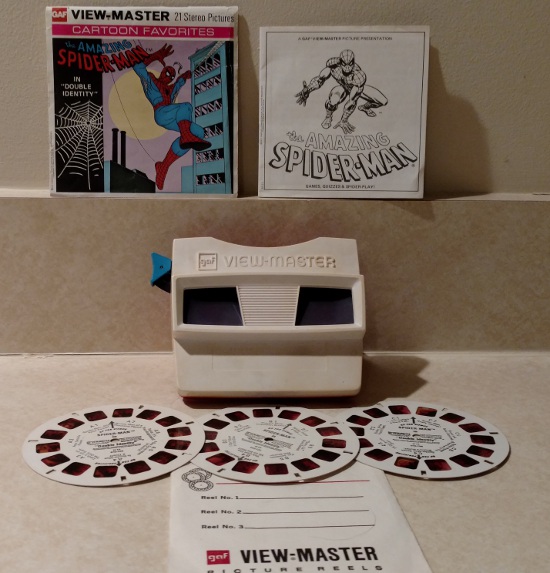 The Spider-Man reels tell the story of “Double Identity” and has Spider-Man facing off against a villain that just goes by the name of Bruno ARLINGTON, a master of disguise.  Why they didn’t use the Chameleon, I’ll never know.

The Thor reels feature; “The Wrath of Odin”.  These reels also feature Jane Foster and the villain; the Grey Gargoyle!

The Captain America reels feature; “Where Walks the Sleeper”.  This adventure takes place during World War II and has the Red Skull as the main villain has his mindless Sleeper programed for devastation!

The Iron Man reels feature; “The Spell of Black Widow”.  And just like the fabulous Tales of Suspense adventure, Iron Man must face both the Black Widow and Hawkeye!

Then from 1978, we have the next two Marvel View-Master sets: 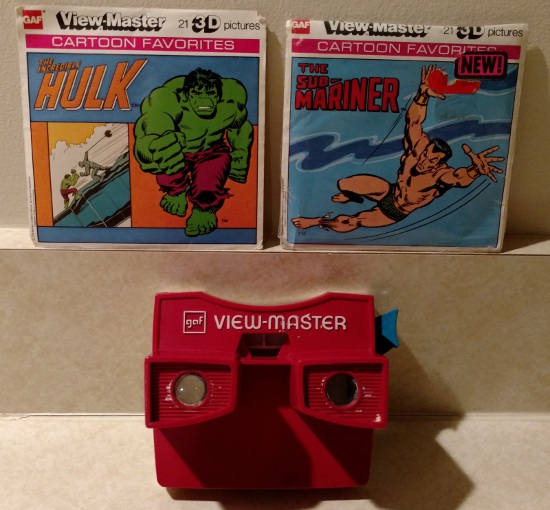 The Hulk adventure has no title, but features the Hulk battling the Absorbing Man while the Earth hangs in the balance!  Wow, that really makes one want to take a look at these reels A.S.A.P.

The Sub-Mariner adventure is also not titled, and it features Subby in the Sargasso Sea facing off against the villain, Tiger Shark and mysterious ghost ships! 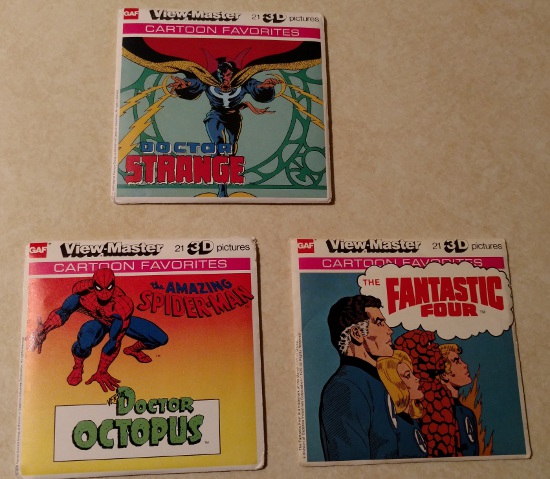 First up was the Doctor Strange set, which features the good Doctor journeying into the Domain of the Dread Dormammu.  We get to meet Clea and see Doc battle the Mindless Ones!

Next, is the second Spider-Man set, which sees Spidey battle one of his arch enemies, the diabolical Doctor Octopus!

None of these sets have the adventures titled either.  Apparently, only the 1977 sets used titles

So there you have the scoop on the nine (9) Marvel View-Master sets I own.  But wait, there is at least one more that I do not own.  What?  Which one is that, you all ask!

Well, in 1980, Marvel and View-Master came out with a Spider-Woman set.  I’ve seen it on-line and it appears occasionally on eBay, but so far and a price I’m not willing to pay.  This set is Packet No. L 7, and even though I don’t own it (yet), I’m providing a picture that I captured off the net, in my effort to have this be a complete listing of the Marvel View-Master sets. 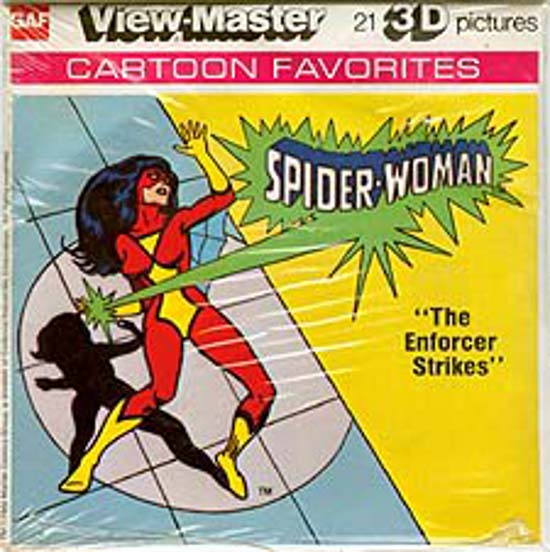 I keep forgetting about this one, but I guess I should be on the look out for it at a reasonable price and complete my collection.

Actually, I’ve not been able to find a list of the complete Marvel View-Master sets, so I could be missing additional ones, but I’m not aware of them.  Well, I am aware of an X-Men set, I think from the nineties, but it didn’t come in these nice little folders/pouches, so I’m not counting it, though maybe I should.

If you have any additional information, I’d love to have you share!  Thanks for stopping by and sharing my Marvel View-Master collection!  See ya next week for a new RETRO REVIEW and of course, I’ll be back in two weeks for yet another Fabulous Find!