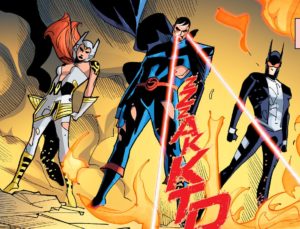 This universe remains a Royale With Cheese. Batman is Kirk “Man-Bat” Langstrom (albeit with an origin reminiscent of Morbius), Superman is the son of Zod and Lara raised by migrant Mexican farm workers, and Wonder Woman is Bekka of the New Gods. 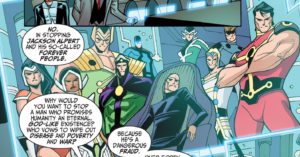 But there are concerns – for all his talk of improving humanity, only the rich and powerful have the means to become one of Alpert’s Forever People. Superman asks Batman to investigate Alpert, even as he and Wonder Woman take up residence at Alpert’s Eternity Institute. The three will soon find that the doctor is not as benevolent as he seems… 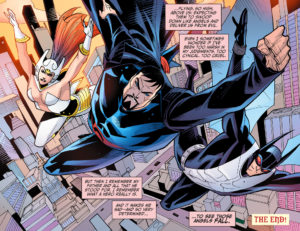 Come Back Next Week for More Strange Times & Places!