Fabulous Find: Open Up The Door 45 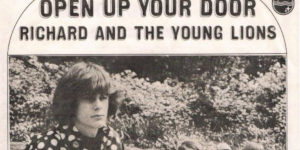 And now for something completely different, another Fabulous Find, but one looking at the music field rather than comic books.  That’s right, this week I’ve pulled out of my old 45 RPM record case one of my all-time favorite songs.  It is Open Up Your Door, by Richard and the Young Lions.  Anyone that knows me, knows that I love music and also know that I have an extensive record and cd collection.

The record, a 45 RPM single, or 45, as they were known, was released on Philips Records in July 1966.  It was recorded by an unknown band, that was discovered by Bob Crewe and Larry Brown at a Newark, New Jersey pizzeria.  But before I say too much more, maybe I should give you a little background on the singer and band.

Around 1963 a group of young men formed a band, and they called themselves; The Emeralds.  They were originally formed by guitarists Marc Lees and Bob Freedman, bassist Ricky Rackin, keyboardist Jerry Raff, and drummer Norm Cohen.  In 1965, another young man, Howie Tepp saw them perform and asked if he could sing a couple of songs with them.  His singing and stage presence impressed the band and they asked him to join.  They then changed their group’s name to The Original Kounts.  While performing under this name, they were “discovered” by Crewe and Brown.

It was Crewe who likened Tepp’s long hair to being similar to King Richard the Lionhearted and suggested they change their band’s name to Richard and the Young Lions!  The boys shortly later entered the recording studio and unfortunately for the band, their playing was replaced by studio musicians.  But Tepp’s snarling vocals were kept and a minor hit was created.

Here is the cover to the picture sleeve release: 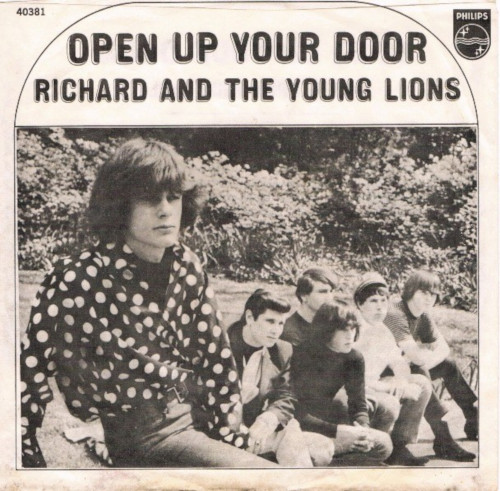 Open Up Your Door picture sleeve

And the back of that sleeve, as well: 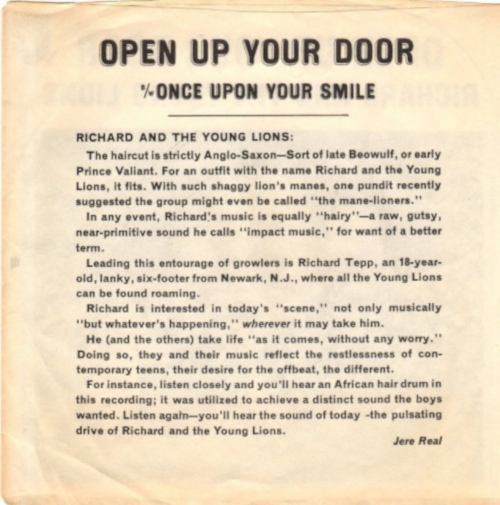 Back of Picture sleeve

And the record in the more common Philips sleeve: 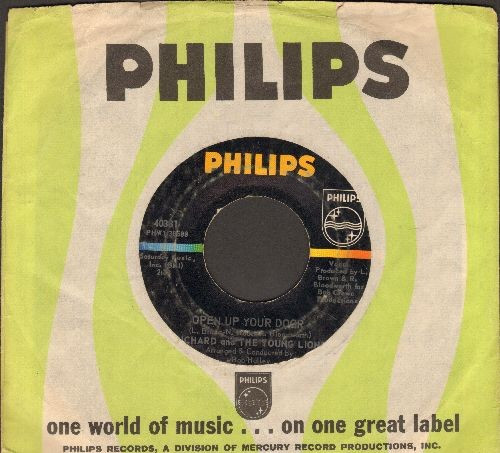 The song went to number 1 in Cleveland and Detroit and even duplicated this in Salt Lake City, Utah.  But Nationally, it only peaked at number 99 on the Billboard Hot 100 chart on September 24, 1966.  It did a little better on the Cash Box charts, there it reached number 70 on October 22, 1966.  It was a bit hit the summer of ’66 here in Detroit and I came to love this rockin’ garage hit!

On a sad note, singer Richard (Howie) Tepp passed away in 2004, just when the band had recently gotten back together and was playing together once again.  It’s a great 45 and they band was able to release two more singles (45s) shortly after Open Up Your Door.  Their second single; Nasty, is also worth checking out, in my opinion.

Here is a promotional picture that the band handed out, as well:

Richard and the Young Lions promo

And now, fifty some years later, there is suppose to be a Richard and the Young Lions album being released this very month.  How cool is that!  It is made up of some of the group’s original 60’s recordings and some recent music, as well.  I for one will be ordering a copy!  Here is the cover that I found on-line: 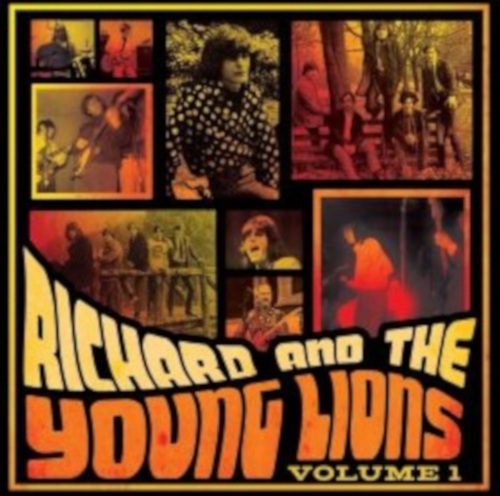 Richard and the Young Lions lp

If you’ve read through all of this then I guess I better reward you with the song itself, so here is Richard and the Young Lions singing Open Up Your Door from YouTube.  I hope you enjoy it and return next week for either another Fabulous Find or a RETRO REVIEW, you just never know these days!  be seeing  you …