Strange Times & Places: Whatever Happened to the Man of Tomorrow? 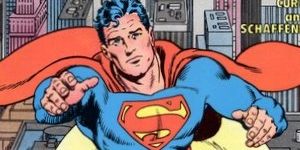 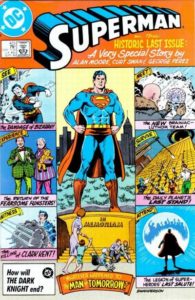 Welcome back to Strange Times & Places, where this week we’re looking at a story that only arguably fits our criteria: Alan Moore and Curt Swan’s legendary “Whatever Happened to the Man of Tomorrow?”.

Right on the first page, this tale is proclaimed “An Imaginary Story”, but then we are asked “Aren’t they all?” Since this is officially the last regularly published tale using unaltered Pre-Crisis Earth One Superman continuity, one could make a strong argument that this is as close to a canonical “ending” as Superman will ever get. Then again, the presence of Superwoman, a time-traveler whose existence would be precluded by this story, implies otherwise.

In 1997, Lois Lane-Elliot is interviewed in her suburban home by a Daily Planet reporter about the last days of Superman’s life ten years prior.

In 1987, Superman struggles to defend his friends and loved ones against the combined menace of his rogue’s gallery – from the annoyances to the heavy-hitters – who have all suddenly taken on a much deadlier edge. 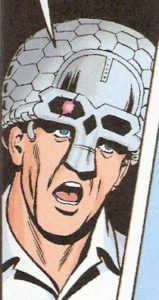 Come Back Next Week for a New Installment of 1 out of 5 – Would Recommend!