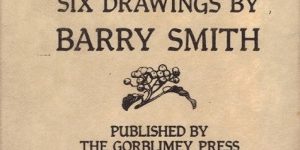 Hi there, it’s time for a new Fabulous Find, so I’ve pulled out a mini gem from my collection this week.  It’s the 1978 Six Drawings by Barry Smith mini-portfolio published by Gorblimey Press.  I call this a mini-gem because the portfolio measures just three (3) by five (5) inches.  Yes, you read that right.  The portfolio is the size of those 3 by 5 index cards we used back in the day, mostly for school speeches, I seem to recall.  Does anyone still use these handy cards?

A quick aside, I used to keep track of my comic book collection using these cards.  I listed the comic series, the number of the comic, as well as, the listed creators and any guest stars and also the villain of the comic.  Sheesh, I was a total comic geek back in the day.  Now all of that information is readily available via the internet, so who needs to keep all that information manually?  Okay, you got me, I admit to still having those cards, but my records are no longer up to date!

Back to today’s Fabulous Find.  Here is the cover to the mini-portfolio: 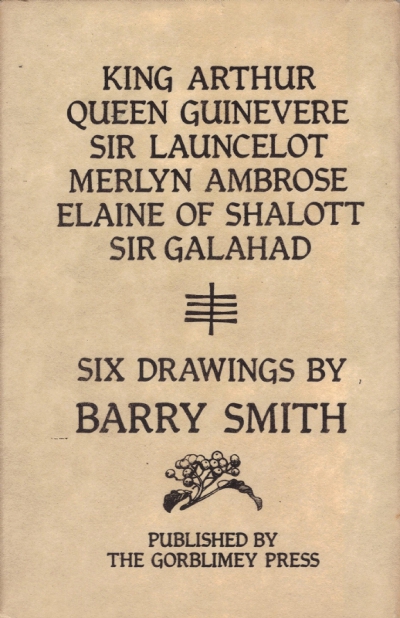 As you can see, the cover is not to impressive, as it contains no artwork, but simple states what it is.  This is the first edition.  I believe there were a total of 1,500 printed. 1,000 signed and numbered and an additional 500 unsigned and unnumbered.  My copy is not signed.  I understand that there was also a second edition printed, but the second edition was entitled; Excalibur and it was labeled as the second edition.  Truthfully, that’s a much better title to the portfolio, than Six Drawings!  I guess Barry realized it, as well, hence the title change with the second edition.

The other difference that I can see, is that my portfolio plates do not identify the characters, but the second edition version labels the character on each plate.  The scans I’ll show in this post are ones I grabbed from the internet, rather than scanning in my plates (hey, I got lazy and was in a bit of a hurry), so you see the names on the plates.

So without further ado, here are a couple of the plates for your enjoyment.  First up King Arthur, himself: 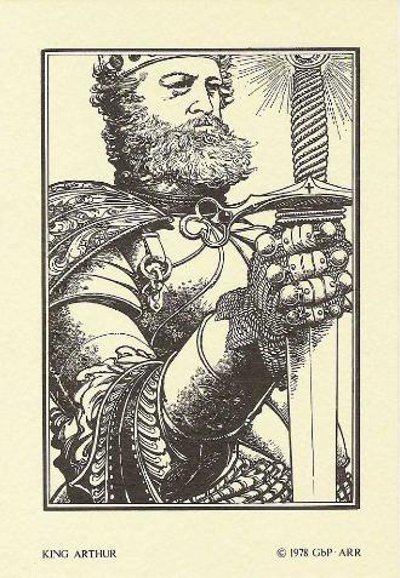 A pretty regal looking guy, holding up Excalibur for all to see.  I find it interesting that Smith chose to show Arthur holding Excalibur by the blade, rather than the hilt and also with Excalibur pointing down rather than upwards.  A much more passive pose than if he was holding the sword the other way around!

Next we have Merlin, or Merlyn, as Smith chooses to use on the second edition plate. 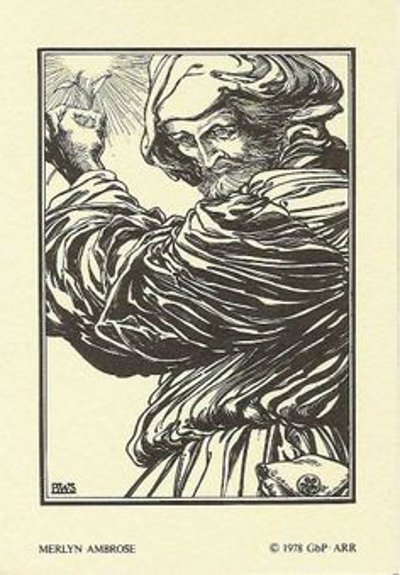 I like that Smith has Merlin holding a plant spring, rather than some sort of traditional weapon.  Obviously, Merlin derives his powers from nature and wouldn’t use a man made weapon.  Nicely done, good sir!

And I’ll leave you one one final plate from the portfolio, to whet you appetite and leave you wanting more.  This one features Launcelot: 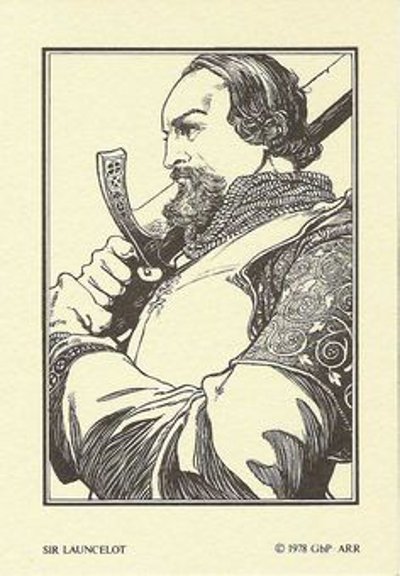 As you can by the above plate, Smith has the warrior, Launcelot, holding his sword, even though at rest, by the hilt with the sword blade up, ready to strike out at a moments notice. Battle ready, that’s Launcelot to a tee!

The portfolio contains three other plates, which feature Queen Guinevere, Sir Galahad and Elaine of Shalott.  Maybe I should do a second post sharing these three plates with you, as a follow up.  Any interest in this?

I don’t remember this being too expensive at the time of it’s release.  In fact, I own two  (2) copies for some reason. Though both are the unsigned versions, rather than the signed and numbered ones.  But both are first editions.  I did see someone online who said they paid $150.00 for a second edition version.  But this seems a little high, at least in my opinion.

I think it’s a pretty cool, little portfolio and if you’re a fan of Windsor Smith, I definitely recommend you seeking one out and adding it to your collection. And the good news is it doesn’t take up much space at all.

I’ll be back next Friday with a new RETRO REVIEW and again in two weeks with another Fabulous Find.  Be seeing you …