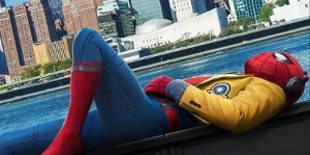 Hey ho, let’s go!  I’m back with another new Fabulous Find this week and it has to do with that sixties Spider-Man theme song.  I’m guessing that most, if not all my readers are familiar with that gem of a song.  It was written and recorded for the 1967 Spider-Man cartoon/animated television show.  It was composed by Paul Francis Webster and Robert “Bob” Harris.  The original song was recorded at RCA Studios in Toronto (where the cartoon was also produced) featuring 12 CBC vocalists (members of the Billy Van Singers, and Laurie Bower Singers groups) who added to the musical backing track supplied by RCA Studios, New York.

I’m happy to say I own a copy of this on a seven inch slab of vinyl and take it out regularly and play it loud!  Here is that song straight from YouTube:

Where can I find music memorabilia stores near me?

It’s a classic, all the way!  But where things take a stranger turn is that the theme song was re-recorded for a 1990’s cartoon theme song compilation album and the group that chose to do this great song, was none other than the Ramones!

The Ramones were an American punk rock band that formed in the New York City , in 1974. They are often cited as the first band to       define the punk rock sound.  Despite achieving only limited commercial success, the band was vastly influential in both the United         States and the United Kingdom, inspiring also the emergence of hardcore punk and alternative rock.

All of the band members adopted pseudonyms ending with the surname “Ramone”, although none of them were actually related.                The original band members were; lead singer Joey Ramone, bass guitarist Dee Dee Ramone, guitarist Johnny Ramone and     drummer Tommy Ramone.  Unfortunately none are with us today, as they have all passed away in the years since forming in New York.

On March 18, 2002, the original four members and Tommy’s replacement on drums, Marky Ramone, were inducted into the Rock and Roll Hall of Fame on their first year of eligibility.  And in 2011, the group was awarded a Grammy Lifetime Achievement Award.

Here is there version of the Spider-Man theme song from 1995:

I do own the Ramones version on cd, but alas,I do not have their version as a 45/single.  I do not think that one was ever released.  Well, I stand corrected, it may not have been released here in the United States, but I found out that it was released as a seven inch record by the Dutch!  Amazing what you can find out via the internet!  I guess I need to start looking on-line to find one of those babies, don’t I?

I guess I better say, bye bye for today and remind you that I’ll be back again next week with a RETRO REVIEW and again in two              weeks with another Fabulous Find.