Fabulous Find: The California Pelican from 1965 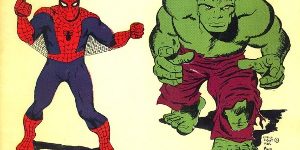 It is just about impossible to determine when and where the very first write-up on the still new and very cool Marvel Comics of the sixties was published, but in this week’s Fabulous Find, I just might have found one of the very first, if not the actual first publication.  I don’t know for sure, but I do know that this was a very early analysis of Marvel Comics, though clearly not from a major National publication.  So what is this week’s find, you ask?  It is the November 1965 edition of the California Pelican.

The California Pelican was a college humor magazine founded in 1903 by Earle C. Anthony at the University of California, Berkeley.  Lasting eighty years, it was the first successful student humor magazine in UC Berkeley.  Often referred to simply as the Pelican, the magazine featured cartoons, poetry, original humor articles, and short jokes reprinted from other college humor magazines. Aside from its wealthy founder, the magazine’s most well-known contributor was Rube Goldberg, who drew cartoons for the magazine as a student.  Additionally, science fiction author Ron Goulart wrote for the magazine and later republished one of his Pelican articles professionally. The Pelican lasted until 1988, when it published its final issue.  Though it was eventually resurrected as the New California Pelican.

Here is the issue featuring the article on the Marvel Comics Group: 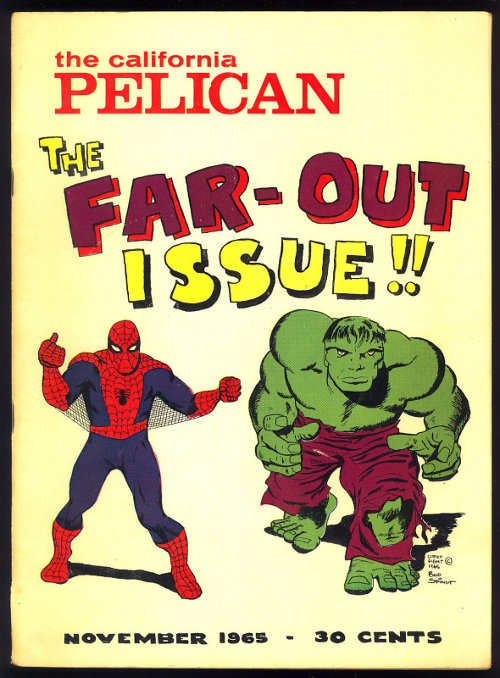 The cover is drawn by Bud Spinot, who definitely was inspired by the Marvel artists Jack Kirby and Steve Ditko.  Within the issue is a five (5) page “critical analysis of contemporary pop art or hey, there’s a whole bunch of stuff about comic books”, written by “Jolly Bob” Wieder.  Plus another full-page reprinting a Marvel Comic book cover.

Here is what the pages look like, but I was unable to blow them up big enough for you to actually read them, but you’ll get an idea of what the article looked like back in 1965. 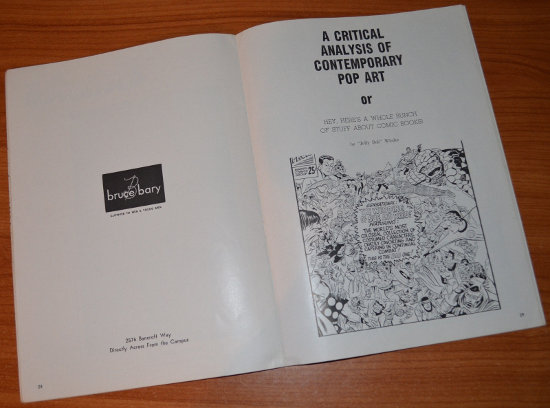 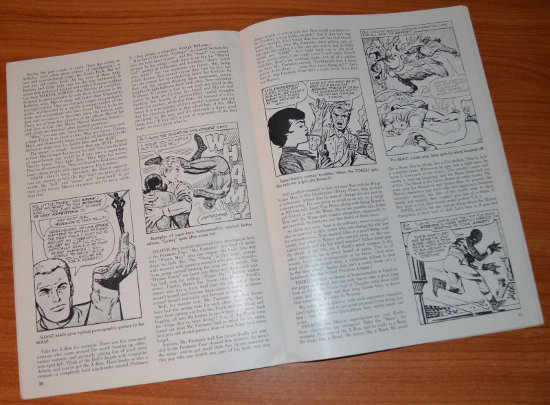 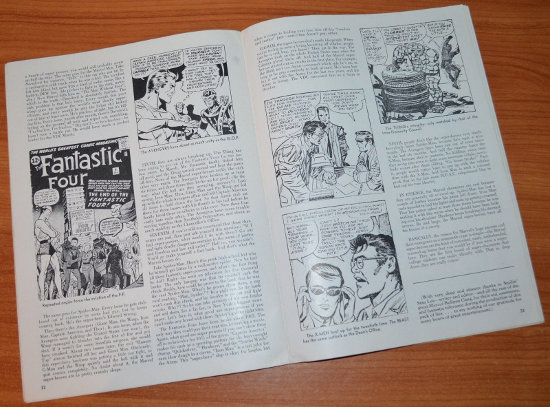 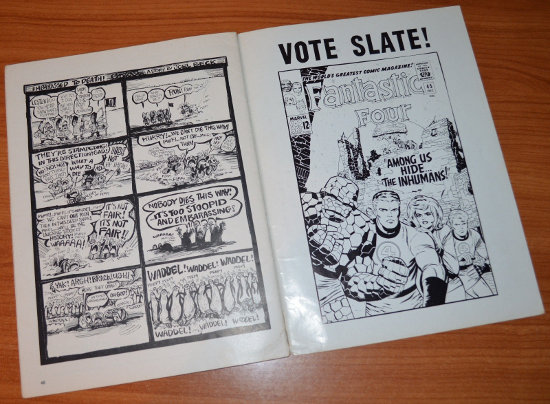 The cartoon on the left hand page directly above has noting to do with Marvel Comics, so don’t get eye strain trying to read it.

Wieder writes with his tongue in cheek, but with a true affection, towards the comics, writing about the fans on campus that buy Marvel Comics at the three local stores that sell Marvel Comics.  Yep, only three stores in Berkeley carried Marvel Comics back in 1965.  And of course, discussing the comics and the Marvel characters featured in the comics.  The bottom line is that the Marvel superheroes are real, unlike their competitors characters.

He likens the X-Men’s Professor X to a teacher at the college.  He says that Marvel comics are dirty, “they are obscene as hell”.  He further states that Marvel characters “practice unnatural love”, citing Reed, Sue and Namor, as well as, Hank Pym and Janet Van Dyke’s relationships.  He says the Marvel superheroes are cool, but we already know that, don’t we?  He states that they are always breaking up, examples being the Avengers and the Fantastic Four.

He further discusses the fact that the Marvel characters have tried to make a buck with their powers rather than just saving people from the goodness of their hearts, Spider-Man being his primary example.  He goes on to discuss examples of the superheroes not particularly liking people and the people clearly not liking the superheroes!  He wraps things up by saying that “in essence, the Marvel characters are real because they are generally all screwed up!

Wieder ends things up by issuing a very deep and sincere thanks to Stan Lee and all the rest of the great Marvel Bullpen Gang!  As you can see, Marvel Comics has come a long way in just four short years from the first publication of Fantastic Four # 1.

Thanks, as usual, for stopping by and taking the time to read my post.  I sincerely hope you enjoyed it and the historical significance of this early article on Marvel Comics!  Please come back next week for a new RETRO REVIEW and again in two weeks for another new Fabulous Find.