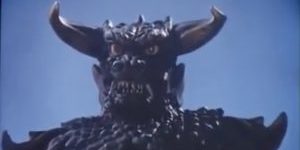 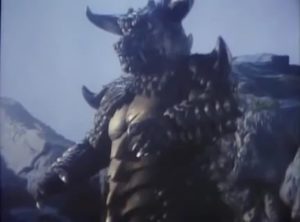 Welcome to Tokusatsu Gesundheit, where today we’re examining a Kaiju picture from one of Japan’s neighbors to the west: Pulgasari, hailing from the Democratic People’s Republic of Korea.

Pulgasari is an iron eating monster created by a dying blacksmith to aid in the other throw of a corrupt government in medieval Korea. Though it begins life at toy size, it grows larger and larger as it eats the weapons of its enemies and propels the humble rebel farmers to victory against their better-armed foes. 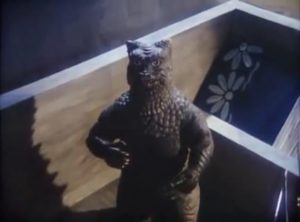 In 1978, North Korean intelligence kidnapped South Korean director Shin Sang-ok at the direction of Kim Jong-Il in order to improve the North Korean film industry. Because dictatorships don’t treat people very well, he didn’t actually begin making movies until 1984 due to some jail time for early escape attempts. He made six films between ’84 and his escape in ’86, the last and most expensive of which was the Godzilla-influenced Pulgasari.

They hired Toho special effects man Teruyoshi Nakano and veteran suit actor Kenpachiro Satsuma (who had taken over the role of Godzilla himself in 1984’s Godzilla Returns) to do the monster effects, which are pretty damned good as a result. I was, however, unable to find an explanation of why the hell they voluntarily worked on a movie produced by Kim Jong-Il (who was still simply his father’s heir apparent at the time) in North Korea.

The movie is, while clearly meant as propaganda, actually pretty good. However, the fact that the director was making it against his will, that it was made in a country not known for its safety standards (and there are some dangerous stunts involving lots of extras), and that it’s producer would go on to be a brutal dictator taints any enjoyment that can be drawn from it. 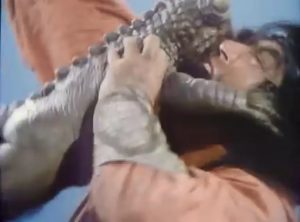 The whole movie is available on Youtube, because who cares about North Korea’s copyrights? Where is the best place to sell your movie posters and materials?

Come on back next week for another installment of Strange Times & Places!