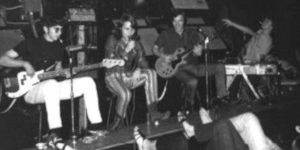 Greetings all.  I received enough positive feedback from the musical post two weeks ago, that I decided to try another one.  This week from January 1966, comes You’re Gonna Miss Me from the Thirteenth Floor Elevators.  This 45 RPM, seven (7) inch record was first released by a small local record company in Texas, Contact as Contact 5269, then again in June of 1966, on another small label, I A, the record was I A 107.  And finally in August of the same year (1966), the California label, HBR, released it as HBR 492.

That was a lot of issues for one 45, within just a short period of time, but everyone that heard the record new that it was a hit, so they chose to release it, then release it again, and again.  Each time the song continued to sell and grow the fan base!  The reverse, or B-side was a song named; Tried To Hide, a pretty good song too, but no where as good, or as popular/catchy as the A-side of the record.

The 13th Floor Elevators were an American band from Austin, Texas, and were formed by guitarist and singer, Roky Erickson, electric  jug player, Tommy Hall, and guitarist, Stacy Sutherland. The other founding members were drummer, John Ike Walton and bass player Ronnie Leatherman.  Both the drummer and the bass player left in July 1967, a year after their debut release.  They were replaced by new recruits; Danny Thomas (drums, piano) and Dan Galindo (bass).  The band itself, was together from 1965 to 1969, and during that period released four (4) albums and seven (7) singles or 45s, for the International Artists record label.

The 13th Floor Elevators’ You’re Gonna Miss Me was their debut single.  This song peaked on the national Billboard chart at No. 55.  It was also featured on the 1972 compilation album/cd Nuggets: Original Artyfacts From the First Psychedelic Era, 1965 – 1968, which is considered, by critics, to be as important to the history of garage rock and the development of what became punk rock in the seventies!

None of the 45s were released with a picture sleeve, so I do not have any pictures to share with you.  But I can share this photo of the band that I found online: 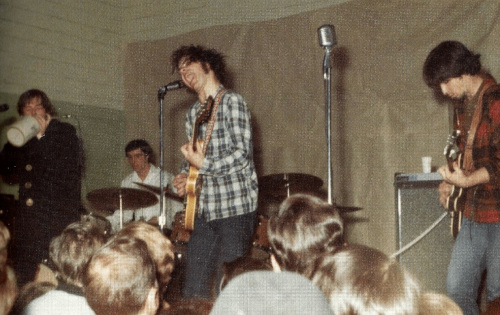 Before I wrap things up this week, I do want to share one more story about this 45 release.  It appears that the HBR record release was not officially authorized.  HBR had been in negotiations with I A to secure the rights, but no legal paperwork was actually signed.  Therefore, after HBR had rushed a pressing of the record to wax and then to stores, I A threatened a lawsuit and caused the recall of the already pressed records.  I A then released another run using the HBR colors on their own I A label.

Looking to sell your collection of vintage records?

In 2012, a team of reviewers rated this 45 as the top garage band 45 of all time, as related in the book; TeenBeat Mayhem!, written by Mike Markesich.  So according to this team of experts, it doesn’t get any better than this!

So here are the 13th Floor Elevators, singing; You’re Gonna Miss Me, courtesy of YouTube:

That’s all for this week’s Fabulous Find.  See you all back next week for a new RETRO REVIEW!