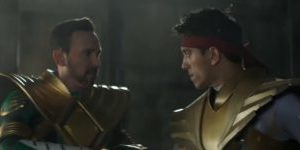 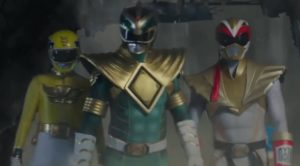 Welcome to Tokusatsu Gesundheit, where I’m preempting the planned examination of some Strange Times & Places to highlight a recent Power Rangers short film that dropped on YouTube: Power Rangers Legacy Wars – Street Fighter Showdown AKA “The Early 90s Strikes Back”.

Ryu & Chu-Li (of Street Fighter fame) find themselves stranded in post-apocalyptic universe, hunted by an army of Power Rangers. They’re rescued and teleported to Ninjor’s temple by Tommy Oliver, who informs them that Rita Repulsa has teamed up with evil World Warrior M. Bison to strengthen her army of Ranger Clones with Psycho Power. The heroic World Warriors resolve to help the remaining free Power Rangers rescue Ninjor from Bison’s fortress….

This short was produced by Bat in the Sun, the production company behind the YouTube series Super Power Beat Down. They’re clearly Power Ranger fans over there, having done two episodes of the series that pit Jason David Frank’s Tommy Oliver against fellow 90s pop culture martial arts icons Ryu from Street Fighter and Scorpion from Mortal Kombat. This marks their first officially licensed work with the franchise, granting them access to pretty well every Power Ranger uniform ever made this time around.

Look, it’s seven minutes long and is mostly World Warriors fighting Power Rangers or Power Rangers fighting M. Bison. It’s not high art. But if you could have shown this to me and my friends circa 1995 or so, our heads would have literally exploded.

Come Back Next Week for the Aforementioned Strange Times & Places!