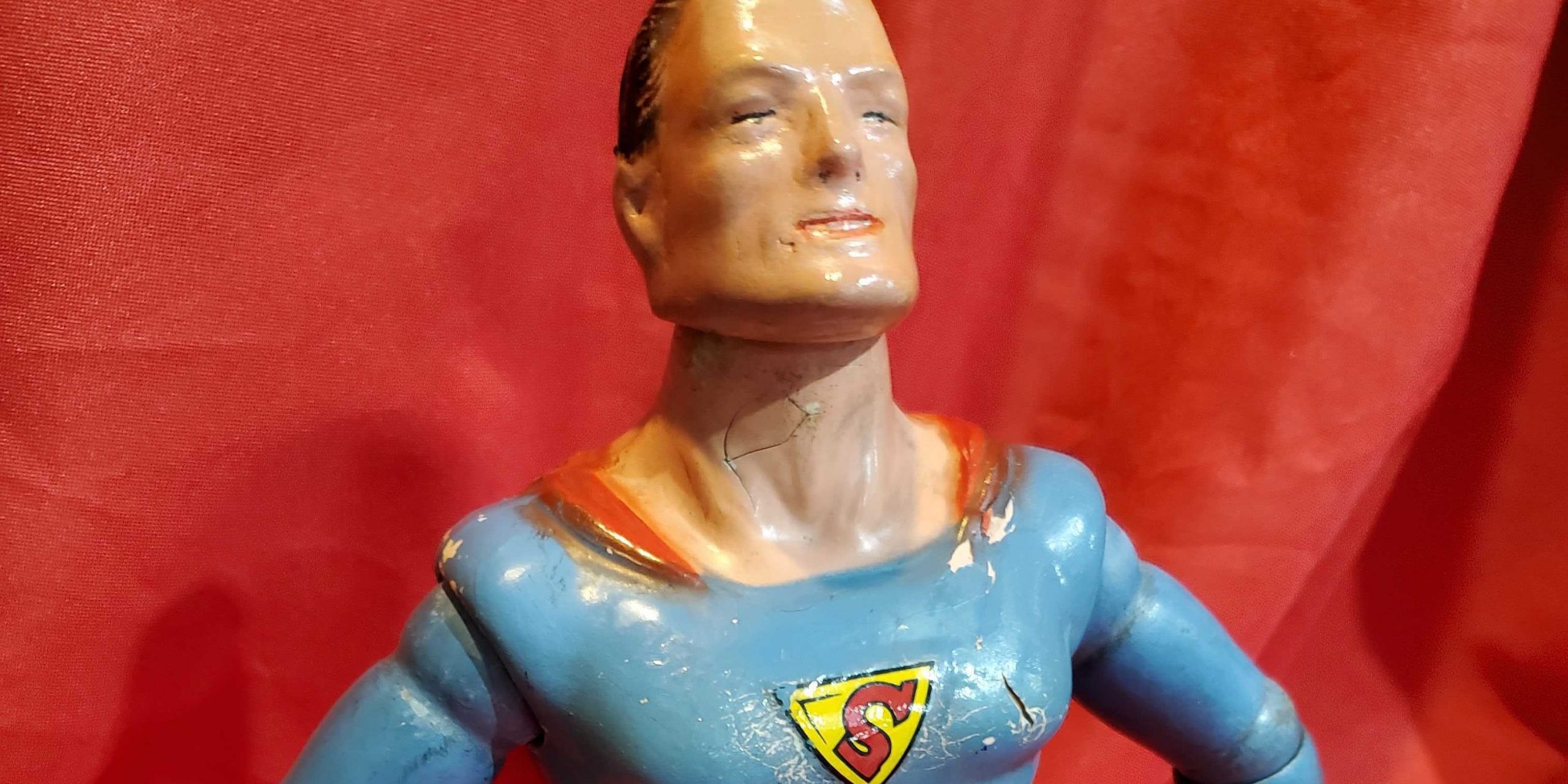 Welcome back to Consigned, Cool, & Collected, where the experts at Back to the Past stop to talk about why the stuff we handle is so dang cool. This week, we’re talking about a fabulous piece that recently came in: a 1940 Ideal Toys Superman doll! Specifically, we’re talking about Ideal Toys and their place in the history of superhero action figures. 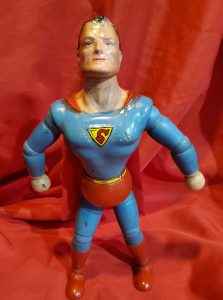 Our 1940 Ideal Toys Superman doll, with restored cape and S-shield.

The Ideal Toy Company introduced their “first” action figure, Captain Action, two year after rival Hasbro created the concept with G.I. Joe. Both figures were designed by Stan Weston, and were similar in construction. What set Captain Action apart was his gimmick: instead of dressing in military gear, he dressed as superheros. Starting out with his own superhero costume, he had outfit changes that made him Superman, Spider-Man, The Phantom, and many others. As time wore on, he gained sidekick (Action Boy) and enemy (Dr. Evil) with their own thematically appropriate alternate costumes.

The line ended in 1968 after only two and a half years, but a legend was born. Several companies have revived Captain Action for collectors in recent decade, and we even have a few such specimens in the showroom. Moreover, Captain Action paved the way for superhero action figures. Only four years after Captain Action went kaput, Mego introduced their World’s Greatest Superheroes line. Their heroes were based on the body of their own G.I. Joe knock-off, Action Jackson. Six of the seven figures included in the first two Mego waves had been portrayed by Captain Action only a few years earlier.

The 1940 Superman doll by Ideal Toys 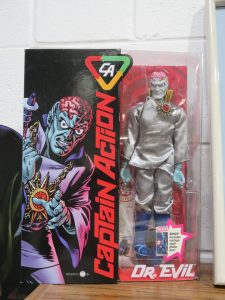 A reproduction of Captain Action’s foe Dr. Evil that decorates our auction stage.

What’s the difference between a doll and an action figure? Marketing, for the most part. There’s precious little, besides perhaps articulation, separating a 12″ G.I. Joe action figure from a 12″ Ken Doll. In the 90s, Polly Pocket was a doll and Mighty Max an action figure despite being literally the same toy concept from the same company. Which brings us to Ideal Toys’ Superman doll.

1940 was a good year for the Man of Steel. He’d made his debut in Action Comics #1 in June of 1938, and become a near instant hit. Within a year, he’d earned his own self-titled solo series – the ONLY DC Comics character at the time to do so. On February 2, 1940, he made his “other media” debut on the radio with The Adventures of Superman. That December would see him starring in Superman’s Christmas Adventure, a one-shot comic teaming him up with Santa Claus. And in between those points, Ideal Toys immortalized him as a toy.

The first Superman toy ever mass produced was a 12″ wooden doll with sixteen points of articulation. It came with a cloth cape and a lacquered finish to keep him looking nice as little boys flew him around the backyard. Considering that the term “action figure” wouldn’t even be coined for another quarter century, it was not marketed as such at the time. However, just look at him and try to tell us he doesn’t look like an action figure! Go on, we dare you. A strong argument can be made that he’s the very first superhero action figure made, even if he wasn’t called that when he was new. We’re over-the-moon to have one of these beauties here in our showroom.

If you’ve got a collection, even if it doesn’t include anything quite this amazing, that you’re looking to sell, we want to help you with it. If you just want to keep reading about the cool collections we handle, stay tuned to Consigned, Cool, & Collected every Monday morning.