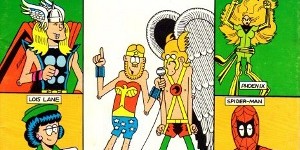 Hembeck, Hembeck, Hembeck.  Did someone say Hembeck?  Who or what is Hembeck?  Well, if you don;t already know, then I better jump right into this week’s Fabulous Find. Hembeck: The Best of Dateline:@!!?#,  in this case, is a comic book magazine/fanzine, published in 1979 by Eclipse Enterprises.  In actuality, Hembeck is; Fred George Hembeck, a real life comic book fan and artist.  He is best known for his self characterization comic strips he did for The Buyer’s Guide for Comic Fandom.  But he has also done work for the big boys; Marvel Comics and DC Comics, as well.

In 1979, Eclipse reprinted a number of Hembeck’s Dateline:@!!?# strips from the Buyer’s Guide into this forty-four (44) including covers magazine/fanzine.  Personally, I think he’s a great original artist.  Any Hembeck fans out there, like me?  Anyway, take a look at that cover: 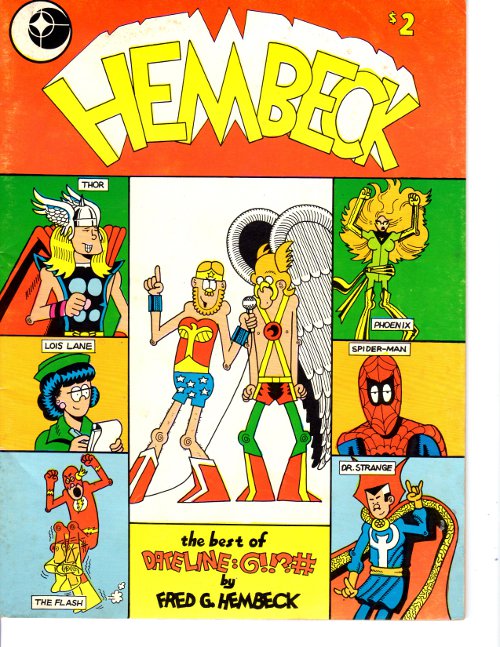 As you can see it cost two (2) dollars back in a979.  The reprinted strips were some of his best, as the title boasts.  Here is a couple of examples, first with his use of DC Comic book characters: 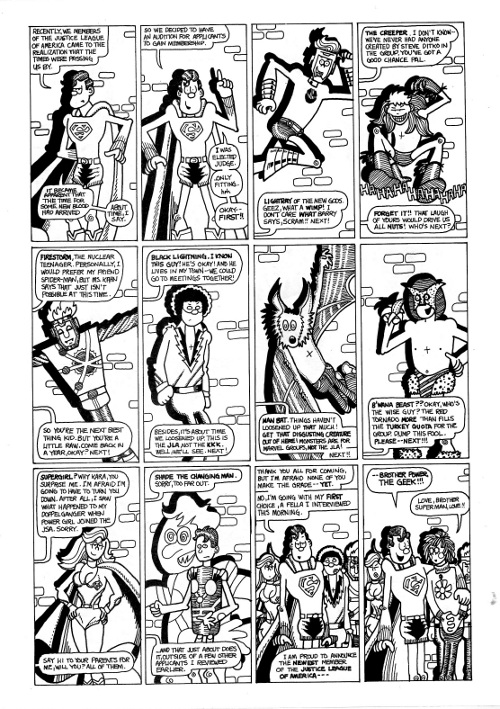 The print is pretty small , so you might not be able to read it, but the gist if it is, that Superman is interviewing for new Justice League members in the effort to update their image.  Each panel features a prospective new member.  Though all are turned down except Brother power, the Geek!  The strip gabe Hembeck a chance to draw lots of DC characters, as well as Superman, himself.

Next up is Hembeck drawing his trademark self, including his famous knee squiggles, interacting with Marvel Comics’ Dr. Strange: 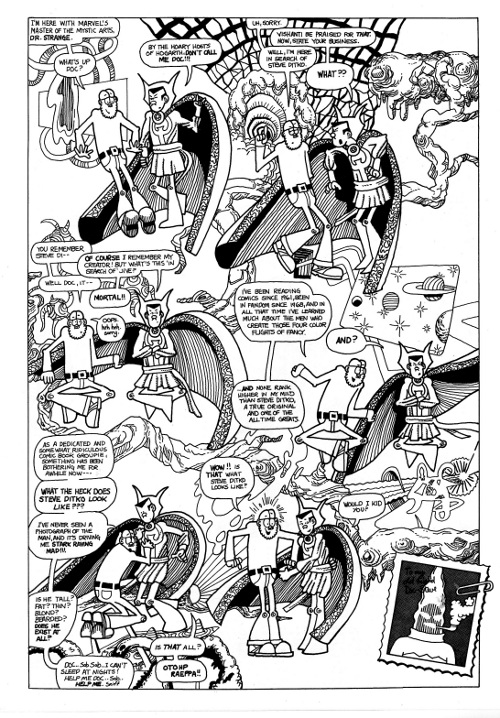 In this strip, Hembeck visits Dr. Strange in search of his creator, Steve Ditko.  The punchline of the strip is that Steve Ditko looks like Dormammu!  Well, maybe if Dormammu smoked a pipe!  I thought it was a pretty good punchline anyway!

Just a year later, in 1980, the book was reprinted by Fantaco Enterprises, so it must have proven popular.  In fact to differentiate the two printings, Fantaco used a blue color background behind the title at the top and they added eight (8) extra pages, as well.  Plus they also charged $2.50 rather than the original 2 dollars.  Take a look at the cover to the second edition: 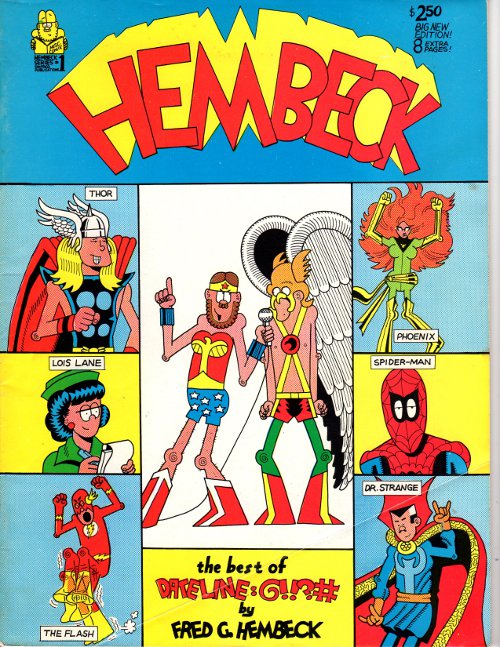 It may be too small to see in the picture above, but at the very top left underneath the Hembeck self portrait, it says Hembeck Series # 1, Fantaco Publications.  And yes, I do own both editions.  Thanks for asking!

Fantaco went on to publish a series of Hembeck magazine/fanzines.  I own all seven, which were published between 1980 and 1983.  I recommend them all to comic and humor fans.  I even bought the Hembeck Omnibus edition when it came out, but I didn’t keep it, as the print was so small it was almost impossible to read, but for you I’ll gladly show you the cover to that tome, as well: 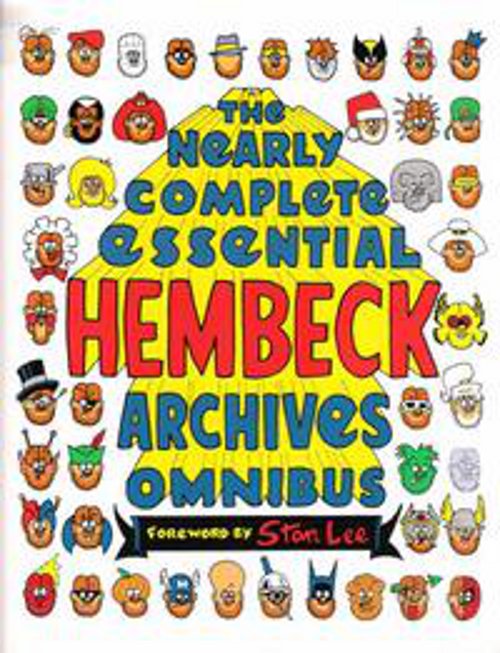 It was great to have everything in one place, but it proved to frustrating with all the eye strain trying to read the thing.  But you would have to judge that for yourself.  If you enjoy Hembeck’s art and humor, these magazines/fanzines are definitely well worth hunting down and purchasing.  You might try Amazon or eBay and it wouldn’t take you long, and not too much cash, to add them all to your collection, as well.

And that brings another Fabulous Find to sa close, but please come back next week for a new RETRO REVIEW.  Till then, enjoy what’s left of summer and we’ll see ya in the funny pages.