How Old Are Lighters? 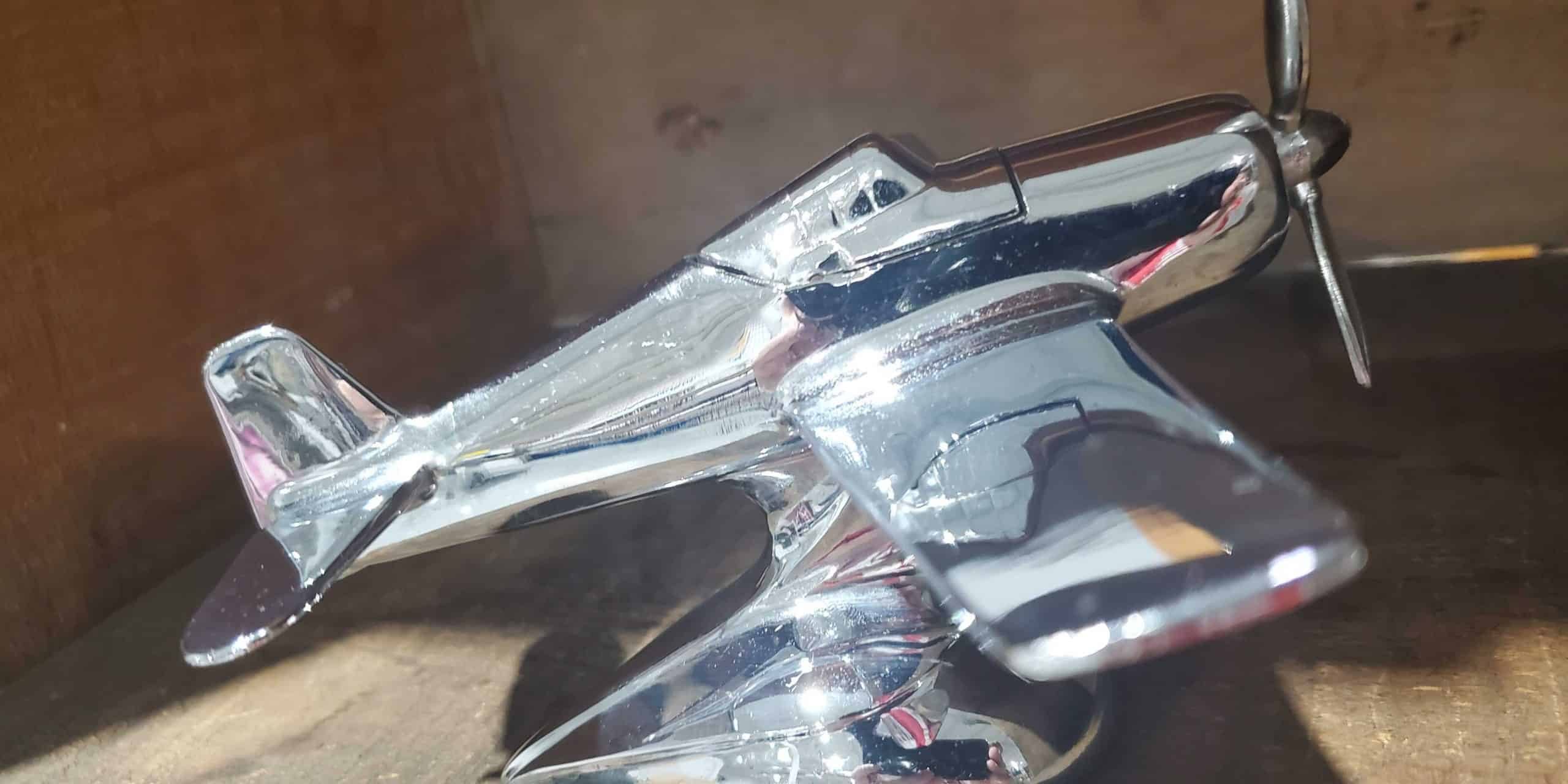 Welcome back to Consigned, Cool, & Collected! Every Monday, this column seeks to highlight the offbeat cool stuff that Back to the Past proudly handles each and every day. Often, that means comics and toys, but not today. No, today we’re looking to another category of collectible: lighters. We’ve recently begun working with a huge collection of lighters, with some of it already available on eBay.

Which is older: Lighters or Matches? 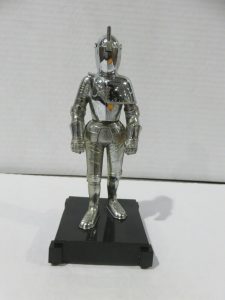 Answer now, first instinct! There’s a chance you got it wrong: lighters are about two centuries older than matches. While a simple stick of wood seems to be less high tech than a lighter, it’s the match head that held things up. Simply put, creating a chemical compound that is at once stable enough to carry in your pocket but flammable enough to catch at a slight spark? That requires some relatively advanced science. Automating the mixture of spark and fuel? That’s much easier.

In fact, lighters were an outgrowth of guns! The earliest known accounts of lighters date back to 1662, and explicitly compare their mechanism to that of a firearm. Using steel to strike flint and ignite tinder, early lighters were based on flintlock pistols. Which makes sense: if you can use the device to light your gunpowder, you can use it light other things too. The first modern lighters, called a Döbereiner’s lamp, were patented in 1823. It passed hydrogen gas over a metal catalyst to ignite it, creating a small jet of flame. It worked broadly on the same technology as gaslights, but burned hot and burned fast. By design, it was better for lighting a room on fire than lighting it. Notably, these came just three years before the development of matches.

The Birth of the Modern Lighter

That said, a Döbereiner’s lamp is not instantly recognizable as a lighter to modern eyes. No, the modern lighters you can find at gas stations and smoke shops the world over were impossible until 1903. That’s the year that an alloy named Ferrocerium was developed. You have almost definitely handled it at some point in your life, but you probably called it “flint”. Ferrocerium is a metal that rapidly oxidizes when small pieces are forcefully separated from it. In practice, this means that striking a little wheel of it against a harder metal creates a burning metal spark. It is the basis for all modern lighters AND all those nifty fire hazard toys that shot sparks back in the day. 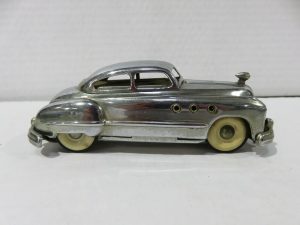 The revolution in lighter technology caught on fast. During World War I, only a decade and change after Ferrocerium’s introduction, the modern pocket lighter was being developed. There’s no specific inventor credited, as they were thrown together from battlefield scraps by soldiers. An empty ammo case here, an improvised chimney top there, add the striking mechanism from a more cumbersome lighter, and you’ve got a proto Zippo down in the trenches. 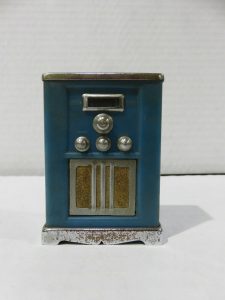 As of the mid-60s, 42.6% of adult Americans smoked cigarettes. By 1975, the majority of smokers were lighting up fifteen or more coffin nails per day. We tell you this to say that lighters (and ashtrays) were vital housewares in mid-century America. That’s where the specimens you can find in our eBay store come from.

Items like the friction car lighter, the suit of armor lighter, and other fancy table lighters currently available in our store were a way to provide a lighter for yourself and your guests in a way that was visually appealing. They served as a conversation piece, a decoration, and a way to light your cigarette. They were the 20th century equivalent of a decorative multi-device charging station.

This is the kind of stuff we love to handle. Not only collectible, but genuine artifacts of a different time in American culture. There’s history and art all wrapped in the shape of an old lighter. If you have a beloved collection like it, something more “estate find” than “pop cultural sensation”, and you’re ready to sell it, we want you to give us a call! And until then, you can keep reading about the cool stuff we’re selling for other people each week in Consigned, Cool, & Collected.