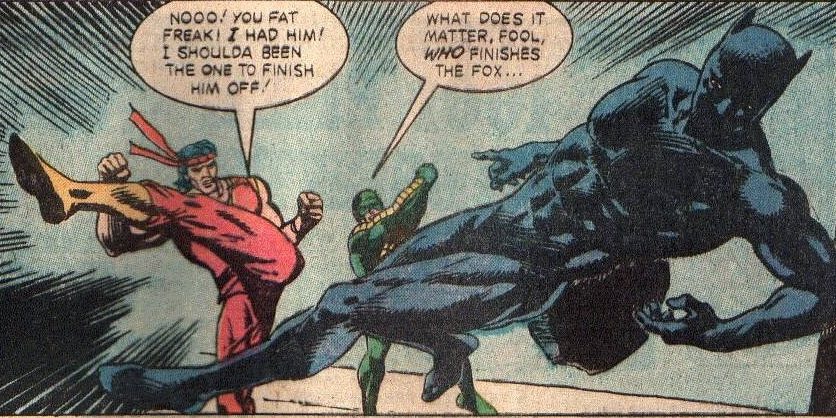 Welcome back to My Hero, wherein we here at Back to the Past tell you why the obscure characters from our custom action figure collection are great! Years ago, we purchased the life’s work of an artist and comic fan whose chosen medium was granting forgotten comic characters the action figure immortality denied to them by major toymakers. We’re still sorting through it all, and we’re making new finds every week! All through the month of December, we’re highlighting the Archie Comics superheroes of the Mighty Crusaders. This week’s Crusader, who will soon be available on ebay, is the non-powered freak magnet called The Fox! 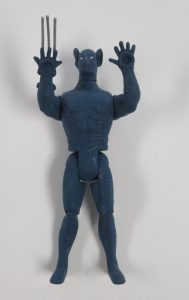 The Fox as he appears in our custom figure collection.

The original Fox was, like most Archie heroes, a product of the Golden Age. By the time the Red Circle imprint revived Archie’s superhero line in 1983, far too much time had passed for the crimefighters of the 1940s to come out of retirement (at least if they didn’t have superpowers to keep ’em young). Thus, much like DC’s Infinity, Inc. members, their kids and other relations became their successors.

Such was the case for The Fox! Paul Patten, Jr. debuted in the pages of 1984’s Blue Ribbon Comics #6. Just like his old man, he was a physically gifted photojournalist who battled the forces of crime in search of stories. Unlike his old man, he was an expert martial artist. This was reflected in his ninja-esque, all-black outfit and choices of weaponry. He battled ninjas and kung-fu masters in his handful of solo appearances, including his girlfriend The She-Fox. She’d been mind-controlled by Mighty Crusaders big bad The Brain Emperor into donning a costume and battling her beau. Sadly, the whole Red Circle line went bust by the end of 1986.

After an in-name-only detour during the Impact Comics revival in the 90s, The Fox returned once more when DC Comics’ launched their own Red Circle imprint. This version was still Paul Patten, Jr. but his father had been a CIA super spy rather than a superhero. Paul Sr. died on an assignment when his son was seventeen. Junior, grown into a Seattle-based documentarian, followed the trail of his father’s last days directly to a ninja clan in Tokyo. They took him in and trained him, eventually selecting him to be their new Kitsune Warrior. Wearing their ceremonial garb, wielding ninja weapons, and calling himself by the simplified name The Fox, Patten fought crime around the world and even joined The Mighty Crusaders. 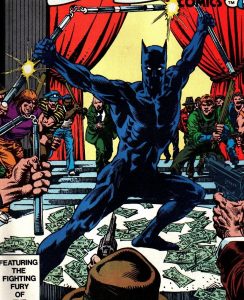 The Fox as he appeared on the cover of his first appearance.

Archie Comics’ most recent take on the character blended all the modern depictions of the character. Paul Patten, Jr. is now the middle-aged son of an old journalist and crimefighter who followed in his old man’s footsteps. His wife, Mae, is an ex-ninja who fights at his side as the She-Fox. The Fox’s current schtick is that he’s a freak magnet, a relatively normal guy who finds himself drawn into increasingly bizarre situations.

Oddly enough, The Fox did receive an official action figure from Remco. He’s an odd choice, as he wasn’t a major player in the Red Circle comics that the toys were based on. This shows in that the look of the figure is heavily influenced by the Golden Age depiction of the character, with a yellow chest symbol, instead of the then-brand-new ninja  version. He’s also armed with a couple of guns, rather than martial arts weaponry. Strange choices all around.

If you want something more comics accurate, you need this custom figure! My favorite touch on it is the repurposing of the original Toy Biz Wolverine’s claws as Tekkō-kagi ninja claws. True martial arts weapons were more popular as accessories for G.I. Joes, making them a bit off in scale for something based on the Super Powers Collection or Marvel Superheroes figures. That’s one of the coolest parts of this collection, the creative ways existing figures are repurposed to make new ones.