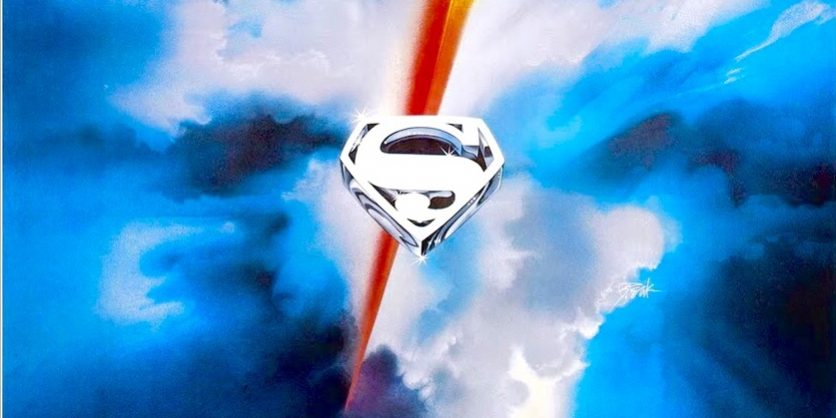 I remember when I started regularly reading comics at age 14, I knew that I potentially faced some resistance to the idea. After all, back then at least, most kids read comics at a younger age, and in most cases had given them up before their teen years. And many adults felt that comics weren’t even good enough to be read by anyone, at any age.

Surprisingly, to me at least, I never encountered that resistance, for which I was thankful. But even so, I always hoped for something that would give comics a little more respect and legitimacy, something that would serve as ammunition for me to lob back, just in case that someone at some point did question my chosen form of entertainment.

Almost coinciding with the time I started reading comics on a regular basis, that legitimacy came, although it was so immediate that I don’t think my concerns about it had even formed yet. But that legitimacy was in the form of the first two Incredible Hulk TV movies on CBS, which both aired in November of 1977, at least according to www.epguides.com . I’m guessing these might have been rerun prior to the debut of the weekly series and that’s when I discovered them, but no matter. I remember thinking that if a comic book character can be the basis for a television show, then there must be at least some shred of respect for the comic medium, even if the television medium wasn’t all that respected by many, either. No one was afraid to admit they watched TV, at least. 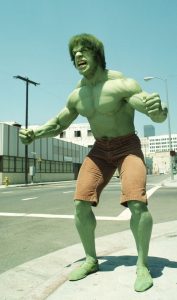 So to me, this new show was a welcome affirmation of reading comics. Laugh at me if you will, world, I thought to myself; but I can point to a comic book character that’s watched by millions every week, so there. But as cool as it might have been to have that feather in my comic-book reader’s cap, there was now a new concern which nagged at me; not about comics any longer, but about that show, in particular. Namely, that for the most part, to be wickedly blunt and risk committing sacrilege in the eyes of its fans, it just simply wasn’t very good.

I know, I know, it’s a beloved show for many. I’ll say this for it: the 2-hour pilot episode, to be fair, was pretty good. Bill Bixby always gave a great performance. The dynamic between Bixby and his show nemesis Jack Colvin (Jack McGee) was always cool. And there were a number of individual or two-part episodes, such as The First, which stood far above most others. But there are few who would deny that the show was formulaic. The special effects were horrible. And for true comic aficionados, it bore little resemblance to the character outside of the basic Jekyll / Hyde concept and that his skin was green.

What all this meant was, if this was the best piece of ammo I had to throw back at the critics of comic books, it wasn’t a very potent one; it was about as useful as throwing a lit firecracker into a water puddle while it was raining. And further weakening the TV-as-affirmation point was that, shortly after the debut of The Incredible Hulk, the show featuring the other “Marvel TV sensation”, namely the Amazing Spider-Man, also debuted. And the criticisms regarding this show were far more united: this series was not good at all. The Spidey TV show, in fact, was a flat-out embarrassment, and whatever minimal respect The Incredible Hulk might have garnered for comics, Spidey took it all away, and then some.

So after a few months, that glimmer of legitimacy flickered out as quickly as it had ignited, and I again found myself yearning for someone or something from the outside to breathe some respectability back into the medium. And one could argue that it did come, several months later, in the form of Superman: The Movie. And although one could also argue that this movie was as-yet the best modern-day attempt to adapt comics into an all-ages mainstream medium, I didn’t quite feel the same way. Why not, you ask? I will tell you. The main reason was, although it wasn’t a terribly valid one, that I was still just a Marvel kid. I had zero interest in Superman as a comic book character. No, that’s too kind. The truth is, I had always found Superman to be pretty dumb, at least at that time. By 1978, the character was so powerful that no one knew how to write interesting stories anymore, and it was a character that had already been in desperate need of a reboot years before John Byrne finally gave him one. My desire to see the film wasn’t rooted in the fact that it was based on a comic, and it certainly wasn’t because I liked the character. It was simply because it looked like a cool movie, just like Star Wars or Close Encounters or any other film that had nothing to do with comic books.

And, it was cool. Mostly. Up until that whole fly-around-the-world-over-and-over-really-fast-and-cause-it-to-spin-backwards-and-somehow-therefore-reverse-time thing. Honest to God, when I saw that, I felt like crawling under my seat. I was afraid the whole crowd was going to turn to me and say, “Is THAT the kind of thing you read?” That single scene ruined that whole movie for me. Why? Well, aside from the fact that it was a really stupid and impossible-to-believe idea, it was because it was, well, what a lot of people would consider a comic book ending. Up until that point, that film really did have me believing that a man could fly. But that a man could fly and do allthat? Nuh uh. So instead of legitimizing comics, I saw that ending as one that only further cheapened them.

Superman II, come 1981, similar thing. Great movie, but then came the whole super-cellophane / 3D image projecting / memory-stealing kiss thing which did a great job of ruining that one, too. And then came Superman III, which nobody associated with comics wants to ever speak of again. And Supergirl. And Superman IV. Things only got worse.

That is, until Tim Burton’s Batman, in 1989, which changed everything. Things had bottomed out, but were now looking up. Comics were about to finally get some love from Hollywood. Stay tuned.