I WILL TELL YOU #66: Thank God It’s Christmas

I WILL TELL YOU #66:
Thank God It’s Christmas

Some argue that observing Christmas this way with children breeds selfishness, or places too high an emphasis on materialism, or that it’s feeding mass consumer frenzy just like manufacturers of goods want it to. Maybe it does, maybe it doesn’t; that’s a discussion for another column.

Whatever this kind of celebrating does or doesn’t do, here’s one thing it most definitely does: it creates priceless childhood memories that are rarely if ever forgotten. How many adults don’t remember the excitement of Christmas morning, and the excruciating anticipation in the hours, days, and weeks before? And when thinking back to favorite childhood moments, Christmas memories are frequently among them.

For many, the transition from childhood to adulthood means growing out of the kind of excitement that Christmas once brought to them. Some manage to reach adulthood and enjoy Christmas for what it is even though that excitement is gone, while others reach that point carrying much more disdain, feeling overburdened with all of the shopping, gathering, and other perceived inconveniences that the holiday brings. A day that was so highly anticipated when on the receiving end can be a far different thing when that individual has to be the one to make it all happen.

I was one of those plentiful kids who absolutely loved Christmas. But I am also one of those much-scarcer adults who loves it just as much now. And why exactly is this, you ask? 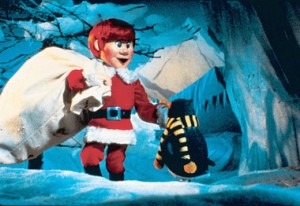 Santa Claus Is Coming To Town; my favorite special as a kid.

As I moved into my teenage years, the giddy excitement over ripping open presents on Christmas morning gradually faded, as it typically does for most kids that age. But as this happened, I came to realize that while the enthusiasm of Christmas morning might have been waning, the eagerness of Christmas, the season, was not. I had always thought that my fondness for the decorations and music and TV specials was akin to the heavenly aroma of a great meal in progress; that it was an associative affection that was driven by something far better; namely getting presents.

But I discovered that I still enjoyed listening to Christmas records and decorating the tree and all that other stuff. And each year, I still looked forward to it as much as I ever did. It’s only once a year, a seeming eternity to a kid, and that made it something special that was to be eagerly anticipated. So I kept on watching Santa Claus Is Coming To Town every year, although I did so on the sly, if possible, because no 14-year-old kid would ever want to be caught watching that; that’s a kid’s show, after all. 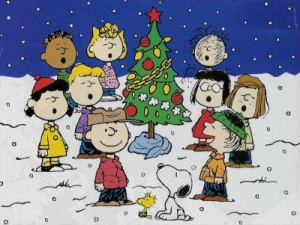 A Charlie Brown Christmas: a childhood favorite, but is there any adult who DOESN”T still love this?

As once I settled into adulthood, I realized that’s exactly what the point was: just because you’ve grown up, doesn’t mean you have to give up what you enjoyed as a kid, nor enjoy new things the same way you did back then. Just because you have a job and a mortgage and a family, doesn’t mean you can’t still watch A Charlie Brown Christmas. Or something newer, like The Polar Express, and still be wowed by it as if you were a child again.

Sounds simple, right? That’s because it is. Yet it’s something that’s all too easily and all too frequently abandoned among the stresses of responsible adult life. I don’t know how many times I’ve been asked if I used to read comic books when I was a kid. Or if I used to dress up on Halloween. Or, yes, if I used to get excited about Christmas.

Poor, misguided folks. Used to get excited? My god, I still do. Why don’t you, I always want to throw back. But I don’t because I know the answer. It’s because they’ve let go. Oh, they remember being excited on Christmas morning. But they believe that that’s an experience that’s no longer theirs to enjoy. And that is a far bigger shame than an adult taking time out of their hectic and stressful life to enjoy something the way a child would.

Of course, being a child often has its own challenges. Most of us can attest to this, too. 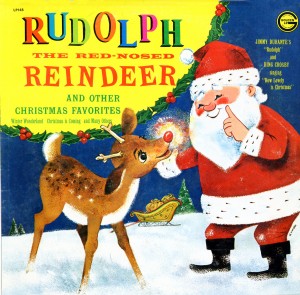 The first Christmas record I ever had, which I listened to as many times as my parents could stand.

Back when I was in 7th grade, one December morning I sat at home ready for school, but it wasn’t time to go yet and I really wasn’t excited about going and facing whatever kind of hell that school would bring that day. Perhaps sensing this, my mother asked me if I wanted to listen to some Christmas music before I left. And I thought to myself, that would be awesome. So she put on a Christmas record and I sat back, relaxed, and my mood instantly changed. It was Christmas. Let those morons at school bring it; it was still Christmas. No one could take that away. The time I spent listening to that record cheered me up and gave me the strength to face that day. 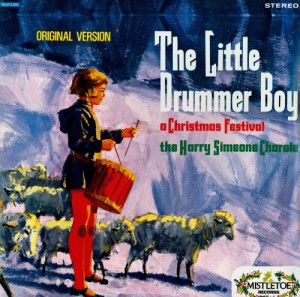 My parents owned this record, which I loved listening to even though it wasn’t a kiddie record.

I still think of that morning even now when I see Mom. Even with her in a nursing home. And when I come home, after a long day at work and a visit with Mom afterwards that sometimes evokes sadness, I can put on some music, sit by the tree, and just sit back.

And a very Merry Christmas to you all.