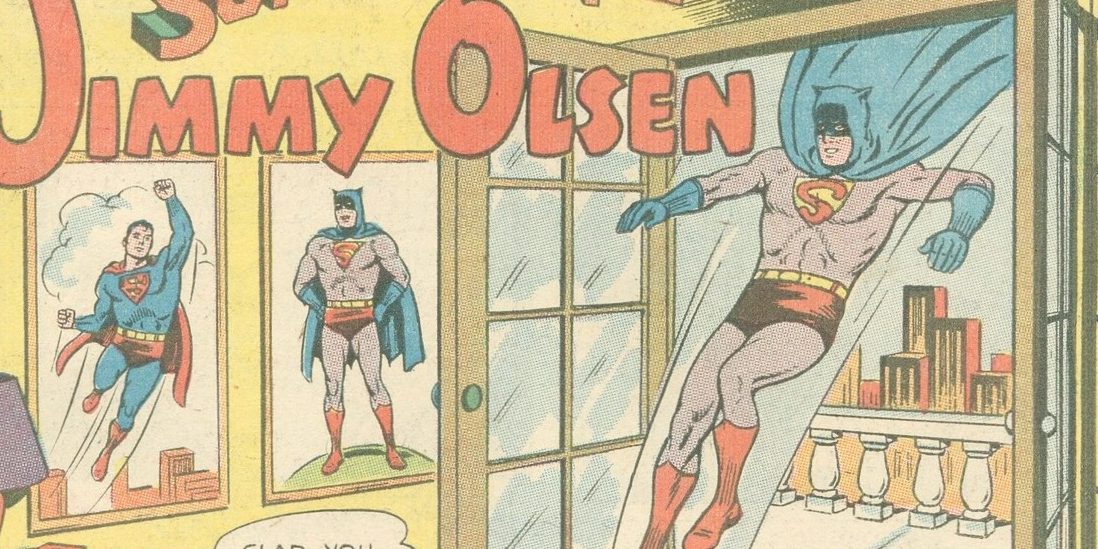 Welcome back to My Hero, our weekly dip into our collection of custom action figures! A lone superfan spent years repainting, resculpting, sewing capes, and generally altering dozens of action figures to capture the likenesses of the most obscure characters in all of comicdom. We were so taken with his life’s work that we bought the entire collection, and it is now our honor to present it to you. In celebration of Superman & Lois wrapping up its stellar first season last week on The CW, and its full release on HBOMax twenty-eight days from now, we’re doing four weeks themed on the Man of Steel’s corner of the DCU. First up, an early occasion where one of his human pals gained Kryptonian-like powers: Jimmy Olsen’s tenure as Steel-Man! 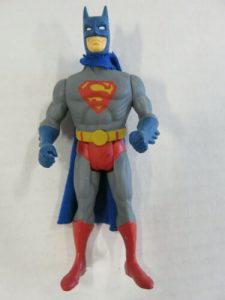 Jimmy Olsen as Steel-Man, made from Super Powers Collection figures.

Superman’s Pal, Jimmy Olsen is known for having some wild stories and #93 was no exception. Jimmy is visiting his friend Professor Potter in his mountaintop lab when an explosion hurls him into a parallel universe. Dubbing it “Earth-X” (not the one ruled by Nazis), Jimmy finds himself on the cattle ranch of solitary cowboy Perry White – a doppelganger of his boss/mentor, for the uninitiated. White takes in the boy as Olsen discovers that he has gained powers like those of his pal Superman. Mr. White dies of a pre-existing condition, which prompts Jimmy to travel to the city. There, he meets screenwriter Clark Kent (another doppelganger), who inspires him to take up costumed superheroics as Steel-Man. Jimmy reasons that his freckles are pretty recognizable and opts to wear a cowl like Superman’s other pal, Batman…and apparently lacks the creativity to imagine such a thing without the bat-ear spikes. 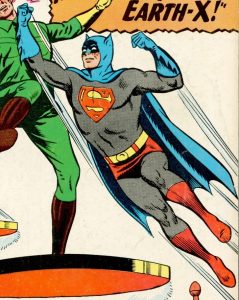 Jimmy Olsen as Steel-Man on the cover.

Clad in his awkward combo of Batman & Superman’s outfits, Jimmy begins saving the city from the League Using Terror, Havoc And Robbery AKA The LUTHAR League. LUTHAR is, continuing the mash-up theme, lead by a mastermind in a clown mask. Jimmy discovers that boulders teleported with him by the lab accident hurt him like Kryptonite hurts Superman and tells his friend Clark, which bites him square in the butt when Clark turns out to be the Not-Joker in charge of LUTHAR.

Clark uses this knowledge to steal Jimmy’s powers and seemingly remove the only thing that can hurt him. In his last act as Steel-Man, Jimmy whips up a gas that will permanently remove Clark’s newfound powers. With LUTHAR’s leader behind bars, Jimmy enlists Earth-X’s Professor Potter to send him home.

This tale is one of Jimmy Olsen’s strangest adventures, which is really saying something, made even more so by it seemingly being referenced again. This figure appears to be the body and legs of a Super Powers Collection Superman figure with the arms and head of a Batman. The attention to detail on the figure is its true selling point, with the customizer having gone the extra mile to add Jimmy’s freckles peeking out from under his Batman cowl. It’s a very fun story and one of Jimmy Olsen’s more interesting brushes with superpowers, but the only way you’ll ever find a figure based on it is by looking to the My Hero collection. And if you’ve got collection like it–  be it original art, custom action figures, convention sketches, whatever – we want to hear about it! 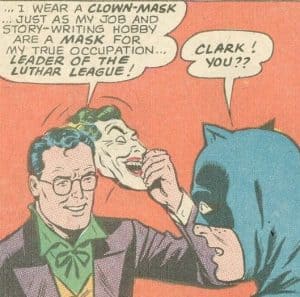 Just had to show you Clark Kent unmasking as the Joker before I let you go, because it is WILD. Glasses under a rubber mask can’t be comfortable…