Who is Gunslinger Spawn? 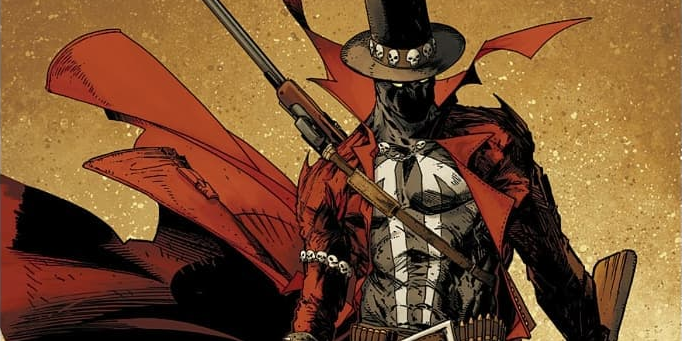 Welcome back to Consigned, Cool, & Collected, where we here at Back to the Past stop and smell the roses AKA nerd out on the cool stuff we deal with day in and day out. This week, we’re looking at two CGC graded comics that recently passed through out doors: Spawn #174-175, the first and second appearances of Gunslinger Spawn!

Hellspawns Through The Ages 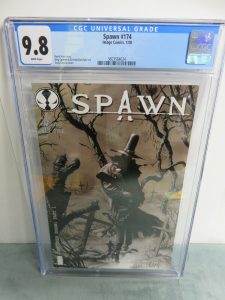 Founding Image Comics title stars undead ex-CIA agent Al Simmons, who was resurrected by the demon Malebolgia to serve him as a Hellspawn warrior. Al’s not a fan of Malebolgia’s plans to usher in the apocalypse, so he rebels and ultimately blazes his own trail protecting humanity from the uncaring otherworldly forces of both Hell and Heaven. Spawn #9 revealed that Simmons was far from the first warrior in history to be resurrected in such a fashion, with the armored knight Medieval Spawn making his debut in flashback. The history of the Hellspawns wasn’t overly well documented in the immediate aftermath of that revelation, but Spawn #174-175 introduced the next major historical Spawn some years later: Gunslinger Spawn.

In the American Wild West, Reverend Jeremy Winston and his friend Francis Parker were framed for the murder of Winston’s family. Mammon, an agent of Malebolgia, appeared to them and offered them power beyond their wildest dreams in order to seek their revenge. Parker rejected the offer while Winston accepted. With Mammon’s influence, Parker escaped the noose while Winston was killed…but not for long. Resurrected as a cowboy-themed Hellspawn, Winston took vengeance upon the town of Bane and left only the innocent Francis Parker alive. Parker would go on to become a family man and the great-grandfather of one Al Simmons, while Winston disappeared from history. 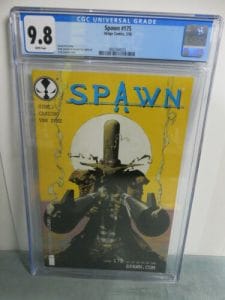 Drawing visual inspiration from Roland Deschain, the Gunslinger of Stephen King’s Dark Tower series, and Solomon Kane, Robert E. Howard’s monster hunting pilgrim, Gunslinger Spawn became an overnight fan-favorite. His ten-gallon hat and red duster (in place of Spawn’s red cape) are a striking visual, and Americans do love a cowboy. He made his return in Spawn #308 as part of a storyline where Hellspawn from throughout history were drawn to the present thanks to Al Simmons’ most recent actions in his war against Heaven and Hell. He has become an ally to the current Spawn, effectively becoming the third recruit in an independent army of Hellspawns, and is set to get his own spinoff series this October.

This, as you might imagine, has driven the value of his first story up by quite a bit. While Spawn #174 & #175 had been fan-favorites since their publication and always considered key issues of the long running Image series but they’ve been driven to the next level by his recent official support. That’s why the copies we sent off to be graded, both coming back at 9.8 (right on the line between “Near Mint” and “Mint”, are listed for a combined total of $2,100. Now, a collectible is only worth the price it sells for, but we wouldn’t list an item for a price unless we thought it was a reasonable ask. A random side-story in a long-running title might not seem like prime key issue fodder, but that’s why it pays to run your collection by experts like us here at Back to the Past before you decide to give them to your nieces and nephews!