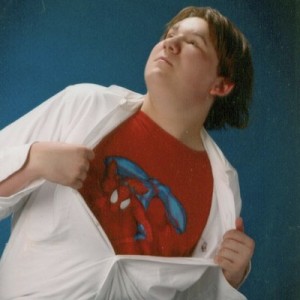 Of course the best way to dive into the festivities is with a good story, but what is the best?  Many would say “A Miracle on 34th Street” or “It’s a Wonderful Life.”  I have nothing against these films, but they push the sentiment a bit hard.  I personally have a soft spot for “The Man Who Came to Dinner.”  This is not it either.  Sean Pigeon says “Die Hard” and others “Batman Returns.”  Now these are good films, well Die Hard, but I say just because a story takes place in late December does not mean that it is a Christmas movie, by that logic The “Taxi Driver” is a tourist film for New York.  So is it the movie “Santa Clause” where a Mexican Santa fights the Devil and Sputnik… close, very close, but no.  Now I am sure you have some classic in mind like “A Christmas Carol.” Dickens was a brilliant writer and even brought back the celebration of Christmas in many ways with this work, but really, really dig and claim as your own a book you read in English class.  No the anwerlies where the answer to all of Sean’s life questions lie, in a comic book.  And, it isn’t a specific Holiday Special, or even Will Eisner’s classic “The Christmas Spirit.”

To find our our story we have to look back to a simpler time.  The 70’s.  A time when America did not find itself in a time of war, except for the first half of the decade.  A time when crime was no problem at all, except in every major city.  When political issues didn’t divide people drastically, unless you asked their opinion on the subject.  Yes a simple time gives us this great tale called, “Silent Night… Deadly Night,” from the pages of Marvel Two-In-One #8 by the late, great, always odd Steve Gerber, and starring The Thing and Ghost Rider.

The story opens up with Ghost-face speeding through the great American desert of the Southwest on Christmas Eve 1974, until he spills his bike to avoid hitting three very WISE looking gentleman in traditional middle-eastern garb on camels.  One of these self professed kings checks to see if Ghost Rider is alright, followed by a question of whether or not he is a demon sent to stop them from their quest.  You see, these men are following a star to find a prophesized child, and once he convinces them that he is on the up and up, they invite the Rider along.  He then thanks them but continues on his own towards the star.

Next we see our ol’ pal the Thing a.k.a. Ben Grimm helping Reed Richards with what seems like yet another one of his infernal inventions, checking out a new star that has appeared in the heavens this very night.  Ben finds it rather aggravated that his best friend won’t even take time out to spend with his family this night, so he departs to spend time with Marvel’s First Family.

The whole gang, and more, are present: Alicia Masters, the Human Torch, Medusa, Franklin, his then-ward Wundarr, Nomorita, and of course Sue Richards.  A good time is had by all, especially Ben who plays a joke on Torch that he finds especially funny.

All this, while Ghost Rider has made his way to where the star is leading, a town that looks like it was torn straight out of the Book of Matthew.   Now, like anyone the Rider is a bit confused, but is even more so when he looks around at the people and realizes that these aren’t Jews, but rather American Indians.  After knocking on a few doors and being told that there is no room he starts piecing things together, and just when he thinks he knows what is going on he sees exactly what he expects, a man, a woman and a child in a manger, surrounded by animals.  Ghosty is then stopped from entering by a shadowy figure calling himself the Creator, who made the child.  Still though, Ghost Rider does not back down and demands answers.  The Creator then summons up a whirlwind and kicks Ghost Rider out of the town.  Like anyone would be, he’s now even more confused and wants answers more than ever, if nothing more than to save his own sanity.

Meanwhile, Thing confronts Reed about the lack of attention he is giving his family. Reed says he wants to be with them more than anything, but this could be a potential problem, So Ben offers to look into this for Reed.  Ben then hops in a pogo-plane and heads off to the source of the  issue, which seems to be an Indian reservation.  As he comes in for a landing he notices the reservation now looks like a biblical town.  Thing then lands and encounters the Ghost Rider.

After the two talk and pool their information, the wise men show up again.  Ghost Rider has a plan this time, he stirs up a little fire trick, and claims to be an avenging angel.  Ben and Johnny take the wise men’s clothes and enter the town and confront the child.  As they sit before the child and offer the gifts, the true nature of this scenario is revealed:  it was a plan masterminded by Miracle Man, an old F.F. villain from waaaaay back in issue 3 as well as one, and I mean one, other appearance from the early 70’s.  But, easily forgotten or not, he is not happy to see either thing or Ghost Rider.

Miracle Man then turns the man and woman who had been adoring the child moments before into monsters.  So Ben figures the best way is to stop MM is to goad him into telling them what is going on, and he does so.   Miracle Man explains that, after his last defeat, he was discovered by the very tribe he now manipulated.   He faked humility and got the chief to teach him of the tribe’s mystical ways.  One day, as the chief explained that only one could be above all, and that is the being who is all things sun, moon, Earth, and stars, MM gets an idea.  Miracle Man then uses his powers to transform the reservation and it’s inhabitants into a living nativity scene, in hopes that after he is born as the child he will be worshipped as a Messiah and rule the world.

The rest is pretty standard.  Thing calls Miracle Man mortal, much to MM’s distress.  A fight then ensues.  Miracle Man  gets angry that his illusion is falling apart and decides to burn it.  Ghost Rider saves the people, and Thing defeats MM.  The two go off on their own little ways.

Why do I like this so much?  Well, that is best answered  through my response to the next question you may be asking: Doesn’t this mock Christianity?

Maybe some may see it that way, and I certainly don’t know what Steve Gerber was intending, but i don’t see it that way.  I think that this is a good reminder all times and especially this time of year, about the true meaning of not only of the season, but about ideology in general.  It is easy, even common, to get caught up in the trappings of an idea, the window dressing.   Political, philosophical, or in this case religious, people see it as a whole judged by what ceremonies or details are involved.  In reality, it is the idea that matters. The idea that makes you want belong to these groups.

A manger birth isn’t what made the Messiah, it was the things he said that drew people in.  The message of charity, forgiveness, love, and peace is why so many flock to that faith.  A message that is easily lost in the blitz of gift shopping, trees, carols and Christmas lights (how I loathe the lights).  That is why I like this story.  It looks for the true meaning of the season by taking that meanings origins and showing how appearances can be deceiving if the dressing is for the wrong reason.  Remember a manger does not a messiah make.

Guest column by Michael Lapham, who goes on to add:

“Hey, I’m not a Christian, so maybe I don’t know.  By and large, though, I have nothing against you guys so believe me I am truly sorry if I offended anyone, it was very much not my intent.”