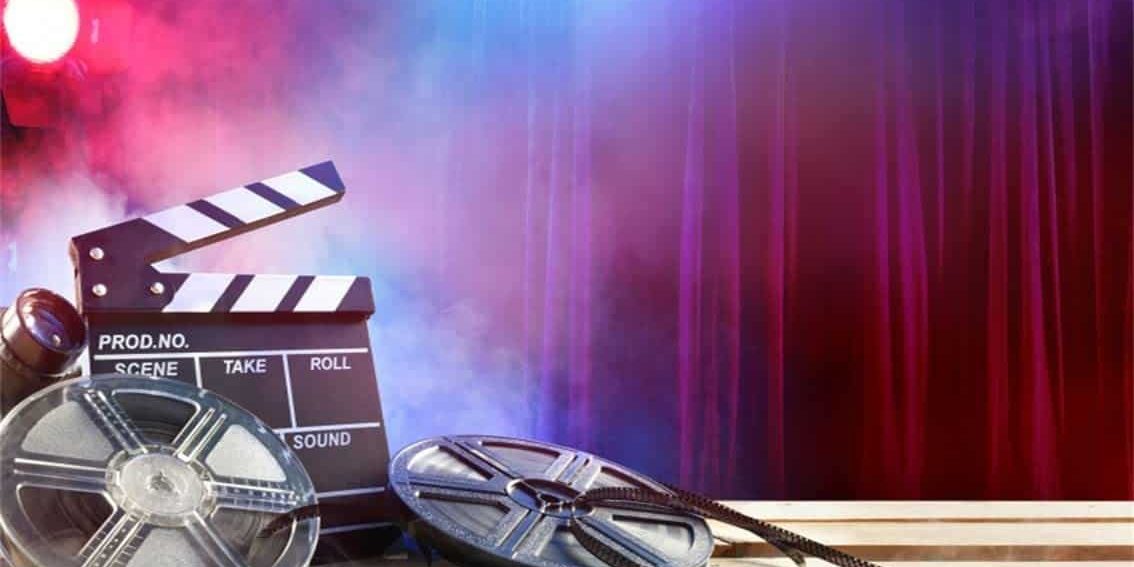 We’ve all seen movies that have gone on to become classics, and staples within pop culture. Often times, when a movie reaches this status, props and memorabilia from these movies become legendary in the world of vintage collectibles.

How much would you pay for a lightsaber? What about the car from Goldfinger? Or maybe you’d like to pick up a proton pack? 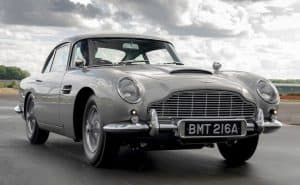 What car is more iconic than the silver Aston Martin used by the world most famous super spy. This car has seen many different iterations through the years, but the most expensive one is the DB5. This lean machine was used in the making of “Goldfinger” (1964) as well as “Thunderball” (1965). Although in the real world, it was not sold with the built-in machine guns and tailpipe torpedoes, it fetched a whopping $4.6 million at auction, making it one of the most expensive items of movie and film memorabilia of all time. 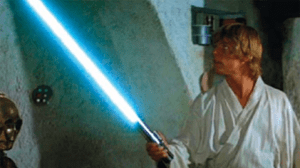 When thinking of the most valuable movie memorabilia that is iconic and recognizable, there are few that come to mind greater than lightsabers from the Star Wars franchise. We’ve all wanted one, and we have all used an empty wrapping paper tube or stick pretending that we did.

What would you pay for one of the originals? Luke Skywalker’s lightsaber from “The Empire Strikes Back” sold at auction for $450,000, which is a shocking price tag for what is essentially a pretty metal tube. 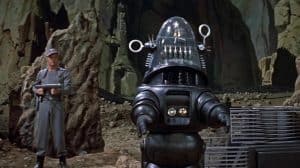 Appearing in “Forbidden Planet” (1956) and in “The Invisible Boy” (1957) was a lovable yet creepy robot named “Robby”. These movies were milestones in the science fiction movie genre, and paved the explosion in popularity for these types of movies to this day.

One of the largest movie props on this list, the hulking 7 foot robot sold for $5.3 million at auction, making one lucky science fiction fanatic very happy. 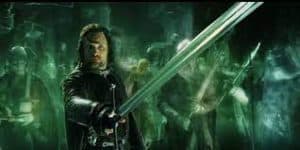 Much like Luke Skywalker’s lightsaber, weapons that iconic characters use in film become some of the most collectible movie props and can be worth a fortune. Although arguably “Sting” carried by Frodo throughout the Lord of the Rings films is more recognizable, the sword “Anduril” used by Aragorn has fetched one of the highest movie prop price tags of all time. Used in “Lord of the Rings: Return of the King” (2003) This Elven longsword carried by Viggo Mortensen throughout the films sold for $437,000, beating the price tag of both “Sting” and Gandalf’s wizard staff. 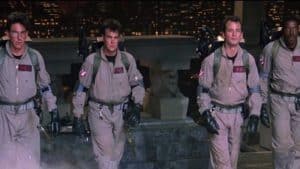 The one lesson that we all took away from “Ghostbusters” (1984) is that you never cross the streams. This film is one of the most popular films of the 1980s. This naturally opened up a new market of movie prop collectors, and what prop would be more recognizable than the proton packs used to combat ghosts and ghouls.

The Proton Pack worn by Harold Ramis in the film when for an eye-catching $160,000. Hopefully the person who bought it is ready for the next time a giant marshmallow man comes around!

These are just a few of the most valuable movie props to cross the auction block, but there are a few that narrowly missed the cut. Some of these props include Marilyn Monroe’s dress from “Seven Year Itch” (1955), Dorothy’s ruby slippers from “The Wizard of Oz”(1939), Detective Decker’s Pistol from “Bladerunner”(1982), and a model used in the making of “King Kong”(1933).

Do Movie Props Have Value?

Movie memorabilia and props can have immense value as collectibles, especially if the film they are from has a significant footprint in pop culture. Generally speaking, the most valuable movie memorabilia comes out of films that are more popular. This can vary by so many different things, like actors who starred in the film, the film genre, and so much more.

If you have movie memorabilia that you are looking to sell, you’re in luck! Back to the Past Collectibles specializes in movie memorabilia and can help you determine the value and bring it to market! Don’t worry, we don’t expect you to have James Bond’s car, Darth Vader’s lightsaber, or Captain America’s shield, but if its vintage and collectible, we can help!

Back to the Past Collectibles has over 30 years of experience in handling collections, discovering their value, and bringing them to market for the best outcome for our clients! Click below to get started in selling your collection.