Who is Werewolf by Night? 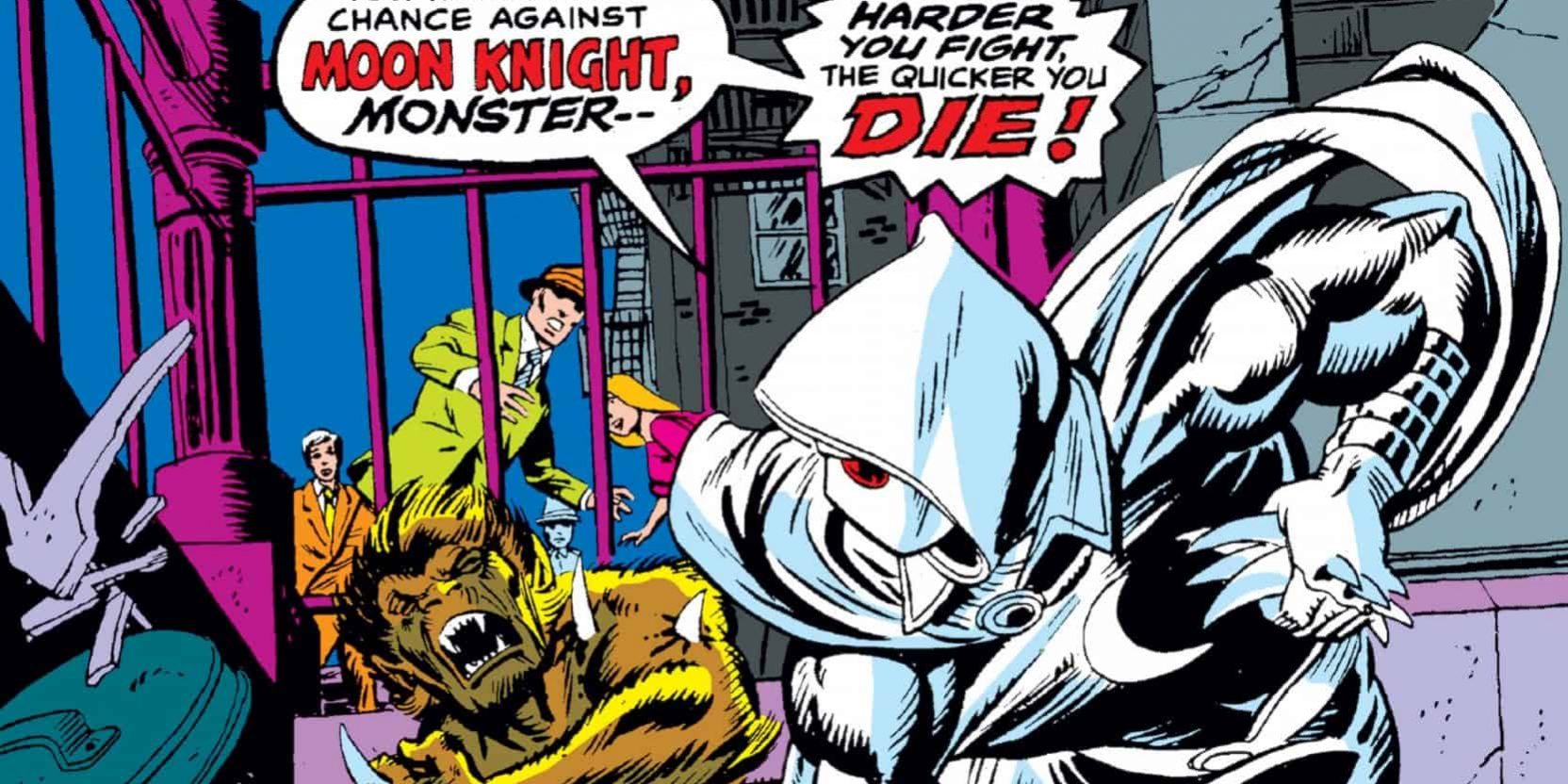 Who is the Werewolf by night?

Lately, Marvel has moved out of the boundaries of their more iconic and well-known characters like Iron man and Captain America, and into more obscure characters like She-Hulk, Ms. Marvel, and Moon Knight. Leaning into this trend, Marvel studios is set to release “Werewolf by Night” in October of this year.

Werewolf by night (yes, you have to say the whole thing) was originally a man named Jacob Russoff, and later changed his name to Jack Russell in an attempt to hide his identity. Russel was a descendant of a man named Grigori Russoff who was turned into a werewolf hundreds of years ago after fighting Dracula. Grigori managed to keep his lycanthropy dormant for generations until Jack’s grandfather brought it back using the power of the Darkhold (a powerful book of dark witchcraft seen in the MCU). The curse causes Grigori and all his descendants to transform during a full moon, into beast-like creatures with supernatural abilities.

Werewolf by night first appeared in a short 5-page story in Marvel tales #116 in July, 1953. Due to the comics code authority, werewolves were not allowed to be featured in comic books until these regulations were lessened in 1971. After this change, Marvel Spotlight #2 featured the first appearance of the Jack Russel version of Werewolf by night. After Jack’s test run in Marvel Spotlight 2-4, the character was given his own self-title comic series, which ran for 43 issues and was in publication until March 1977.

It’s only natural that the werewolf by night has had crossovers with Dracula and Frankenstein, but the hairy hero has appeared in many different comic series over the years. He has had crossovers with Spiderman, Doctor Strange, and Man-Thing. In later years, the character even joined the Midnight Sons, a group of supernatural anti-heroes Including Doctor Strange, Blade, Moon Knight, and Ghost Rider.

Moon Knight was first introduced and had his first appearance in Werewolf by Night #32, where the two battled it out. After the MCU introduced Moon Knight in a Disney+ series, it is a natural progression that Jack Russel should make a debut.

Where can we expect to see him?

As previously mentioned, Disney is releasing a Werewolf by Night production on Disney+ in October. This is likely an origin story for Jack and will introduce him into the Marvel cinematic universe.

There are rumors that there may be a Midnight Sons production coming down the pipeline at some point in the future, which seems likely due to movies and television shows that were already announced and are in production like the Black Knight in Eternals, and the revamping of Blade.

As Marvel delves deeper into the more supernatural aspects of their comics, Werewolf by night is a great character to help do so. Will they make changes to the backstory or the character? This remains to be seen, but we can be sure to have a new adrenaline filled story from Marvel coming in October.