Psycho is a Timeless Classic 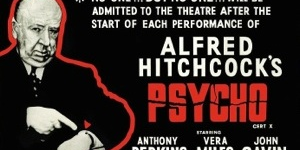 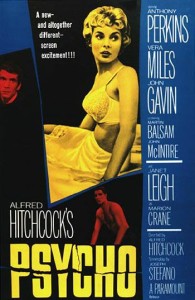 Psycho is a thriller/horror film from 1960. It was produced and directed by Alfred Hitchcock and was based on the novel by Robert Bloch. It stars Anthony Perkins, Janet Leigh, Vera Miles and John Gavin.

This review is NOT spoiler free.

Psycho Was the Result of Passion

If you haven’t seen Psycho, stop reading this. I’m not kidding. A fan of not only horror, but movies in general should see and appreciate Psycho. Psycho was a game changer. Paramount wanted nothing to do with this movie for various reasons, but Hitchcock refused to let it die. Made for just a little over $800,000 of Hitchcock’s own money, Psycho went on to make $50,000,000 at the box office. This was largely attributed to word of mouth. Janet Leigh and Anthony Perkins didn’t do interviews prior to the release and there was no huge advertising storm in the media. Psycho became a juggernaut from the shock and terror of its audience.

I recently went to a local theatre that was showing Psycho. I hadn’t seen it in a few years, so I figured this would be the perfect setting to see it again. From the moment the opening credits began to roll the audience was silent. We all watched as Marion Crane (Leigh) started down the path that would ultimately lead to her premature demise. The music and camera work still pulled me in and made me completely forget that I was watching a movie. As she evaded the police and pulled into the Bates Motel, I found myself wringing my hands like I didn’t know what was going to happen. The famous shower scene came and went with some patrons gasping, others applauding and some (like myself) silent and glued to the screen. A true testament to the quality and lasting power of Psycho and Hitchcock’s filmmaking is the fact that when Detective Arbogast is attacked by the murderer, the audience screamed. In 2013, after decades of desensitization to gore and violence, a black and white movie from 1960 is still making people gasp. That’s quality, plain and simple.

The highlight of Psycho for me is the performance that Anthony Perkins gives as Norman Bates. He can deliver an innocent charm that makes you drop your guard and seconds later make you believe he is the deadliest man on the planet. Every time he was on screen I was enthralled. Janet Leigh, Vera Miles and John Gavin shouldn’t be overlooked, though. They all did fantastic jobs and without them Psycho wouldn’t have been as great as it is. Psycho is truly a movie that gives the audience almost no opportunities to justifiably give it negative criticism. That being said, Psycho isn’t without faults. There are a couple of moments (at least for me) that don’t hold up and come off as a bit hokey. Arbogast’s death scene and the capturing of Norman Bates both seemed a bit dated and over the top, but these are very small things in surrounded by a sea of excellence.

Psycho truly is a work of art and I’m glad to see that it has withstood the test of time. Psycho is a classic and a true gem in not only the genre, but in the world of film as a whole. Everyone should see Psycho and experience the unsettling and tense feeling Hitchcock delivered to audiences in 1960.