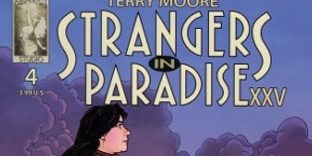 So a quick question; when is a RETRO REVIEW not a retro review?  The answer; when it’s a current review!  I hope that made sense.  Rather than a third new Fabulous Find in a row, I’m back with a new RETRO REVIEW, but not really!  Say What?  What I want to talk/write about this week is not an old comic book from the comic book vault and the annuals of time, but rather a suggestion to my fine readers of a couple of current comic book series that are well worth searching out and adding to you collection.

Going in alphabetical order, for no other reason than I feel like it, first up is the series; Mage, The Hero Denied published by Image Comics.  Hopefully you are already buying this series, but if for some reason you’re not, you need to immediately rectify that mistake.  Here is the cover to the current comic currently on the rack: 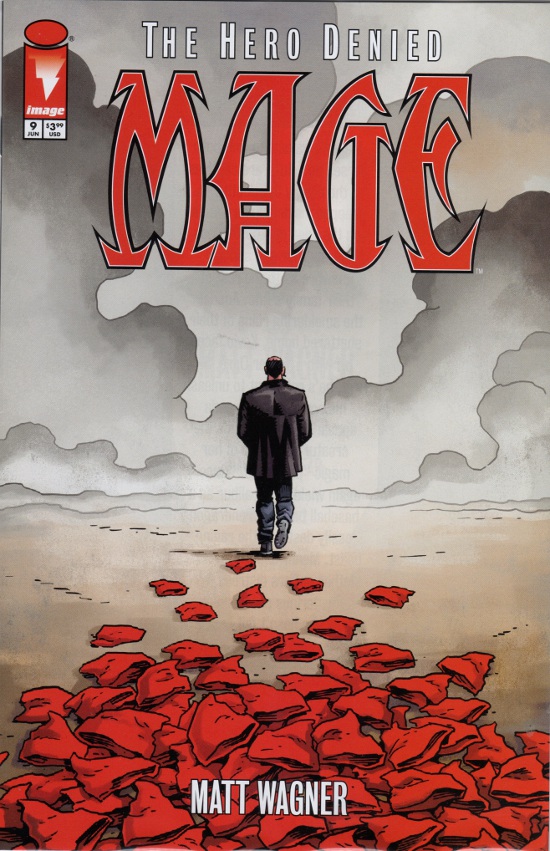 Mage is the creation of writer/artist Matt Wagner.  The series is divided into three parts or story arcs.  The first was published by Comico between 1984 and 1986, fifteen issues (1-15).  That’s where I first discovered Wagner’s opus.  The run was subtitled; The Hero Discovered.

The next story arc was; The Hero Defined, which was published by Image Comics.  This series ran sixteen issues (0-15) and it was published from 1997 through 1999.

And now finally the final story arc is upon us, with The Hero Denied, published by Image, as I mentioned right off the get go!  In simple terms, all you really need to know is that is kinda like the Arthur legends, but only different.  Yes, I know that doesn’t reveal a lot, but as it’s still on-going I really do not want to accidentally reveal anything!

You still have time to jump on board during the third act, and if you like what you see, you can seek out the first two acts of Wagner’s awesome comic book series.  I highly recommend them all.  But to truly get the full enjoyment from the series I would recommend you start from the beginning.

The other wonderful current series I want to make sure you are aware of is; Strangers in Paradise, written and drawn by Terry Moore!  This series started later than Wagner’s Mage, but there have been a lot more issues published.  The history of this series is slightly more convoluted, but I’ll give it my best shot.

Strangers in Paradise first saw light as a three issue series published by Antarctic Press in 1993 & 1994.  Then beginning in 1994 Moore self-published under Abstract Studio.  This run lasted fourteen issues.  Moore then took the series to Image Comics, where another eight issues were published.  Then once again Moore began self-publishing the series, again under the Abstract Studio masthead through 2007.  Then after a hiatus of ten years, while he did other series, Moore has once again returned to the wonderful story of Francine and Katchoo!  Here is the cover to the most recent issue: 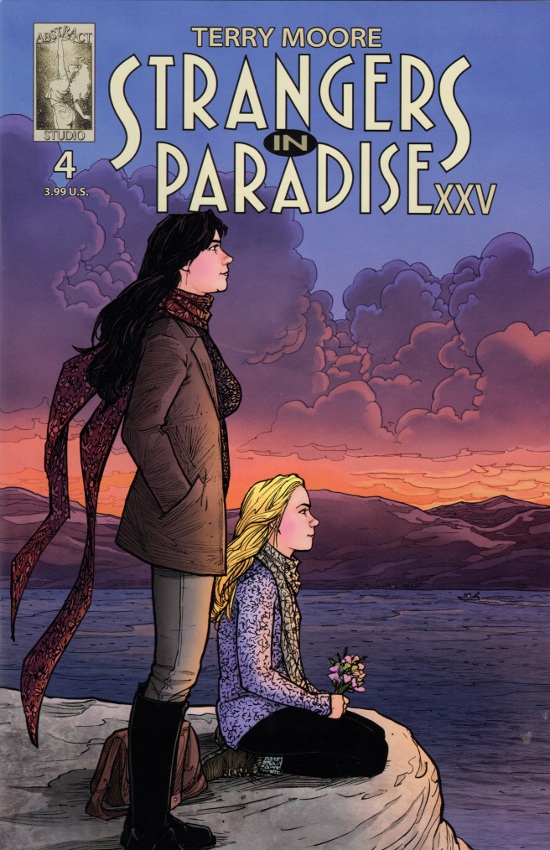 Strangers in Paradise # 4 from Abstract Studio

Again with this terrific series, I only have the best of things to say.  Again I recommend you starting at the beginning of the story, but you can get a taste by picking up these latest four issues.  Again I do not want to say to much about the storylines, so as to not spoil your own enjoyment.  But do yourself a favor and pick up this series.

It might be tough to pick up all of the individual issues, so look for the trade paperback collections or if you’ve got some extra dough laying around order the Strangers in Paradise Omnibus.  It isn’t cheap, but where else can you get the whole shebang in one fell swoop!

Even though I own all the “floppies” of both series, I’m still considering investing in the hardcover collections, so I can just pull them off the shelf and immerse myself whenever I get the urge, rather than having to pull out various boxes and then having to open each issue from it’s protective sleeve!  Hey, it’s only money!

Anyway, I hope that you have enjoyed this week’s more current review, or maybe more correctly, overview, rather than the advertised RETRO REVIEW.  And please return next week for another Fabulous Find.  Hope to see you then!  be seeing  you …