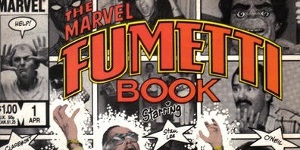 Good day, mates.  It’s time for another RETRO REVIEW, and this week I’m pulling a book out from the Marvel Comics Group from 1984.  It’s cover dated; April 1984 and the comic is; The Marvel Fumetti Book # 1.  Normally I’d be telling you who drew the cover to lead into things, but this cover isn’t drawn by anyone, it’s actually a photo cover, featuring Stan Lee and other Marvel bullpen/employees.  Take a look: 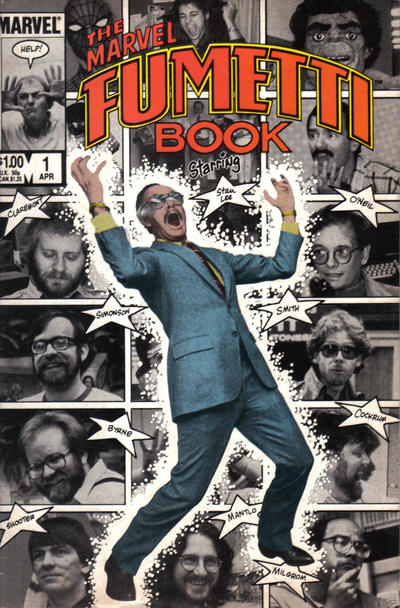 As you can see, Stan’s front and center and in full figure and also in color.  Behind him and in head shots and black and white are; Chris Claremont, Denny O’Neal, Walt Simonson, Paul Smith, John Byrne, Dave Cockrum, Jim Shooter, Bill Mantlo and Al Milgrom.  And if you look closely at the upper left hand corner and see that guy trapped in the box, it’s none other than Terry Austin.  Here’s a closer look for you:

A couple other people are on the cover, but are not named, but I believe they are; Lynn Cohen, middle of the top row, between Spider-Man and the Hulk, and Joe Rubinstein, second row, far right.  Though I could be wrong.

So what exactly is fumetti and why is Marvel putting out a comic book like this.  Well, first; fumetti is a form of comics where the images used are photographs, rather than drawings, which we usually find in American comic books.  Previously magazines like Harvey Kurtzman’s Help Magazine featured this type of comic.  In fact Help used photographs of people like; John Cleese, of Monty Python fame  and even Woody Allen, during it’s run during 1961 through 1965.  Then National Lampoon ran “Foto Funny” strips which usually featured their editors and various unclad ladies regularly during it’s run from 1971 through 1998.

So Marvel’s decision to try something different in 1984, a fumetti comic, certainly had a proven track record.  And the fact that so many people were wanting to know what the Marvel writers and artist looked like certainly made the book a natural.  We fans always heard of the fun times that took place within the Marvel bullpen, so this was a way to include the fans in the goings on.

The book itself included a number of short stories/gags that ranged from a single page to the longest, which ran five (5) pages.  First up was Jim Shooter’s introduction to the comic and how well trained his editorial staff are.  Next up was an “edi-tour” conducted by Spider-Man.  Then there are five (5) shorts entitled; “Breakfast in the Bullpen”, “Who’s the Boss?”, “The Wet T-Shirt Contest”, “The Fastest Writer in the World”, and “Aftermath”.

Then comes the center spread.  And what does Marvel do?   Well, I’m sure you expect it to be something classy, so take a look: 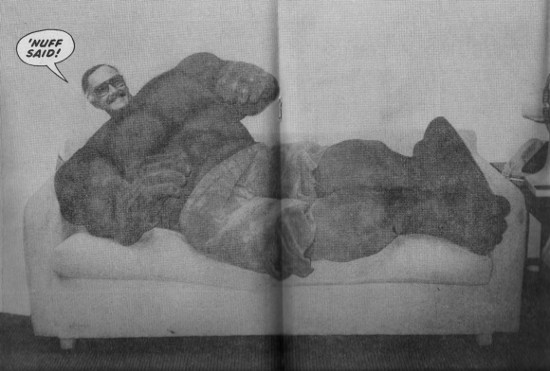 Pretty scary, eh?  Well, take a look at what might have been the original pictured that was taken prior to Stan being Hulkified: 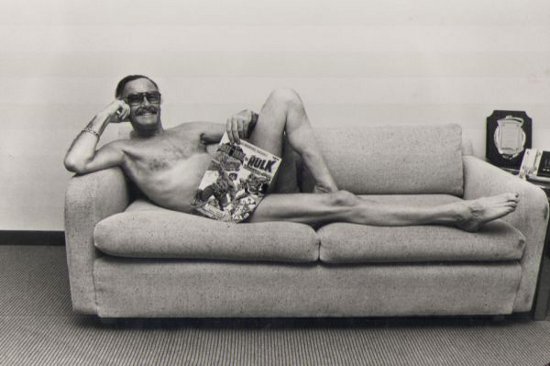 What may have been the original photograph taken

Hopefully, you’re not traumatized by either picture!

Some of the strips are pretty funny, some, not so much, but besides the rather poor quality of the printing, which really doesn’t do the photographs justice, the book was worth the dollar cover price in 1984.  Oh and most of the photographs were taken by Vince Colletta, with some by Eliot Brown.

The book wraps up with a nice human pyramid made up of the Marvel editors.  Here tis: 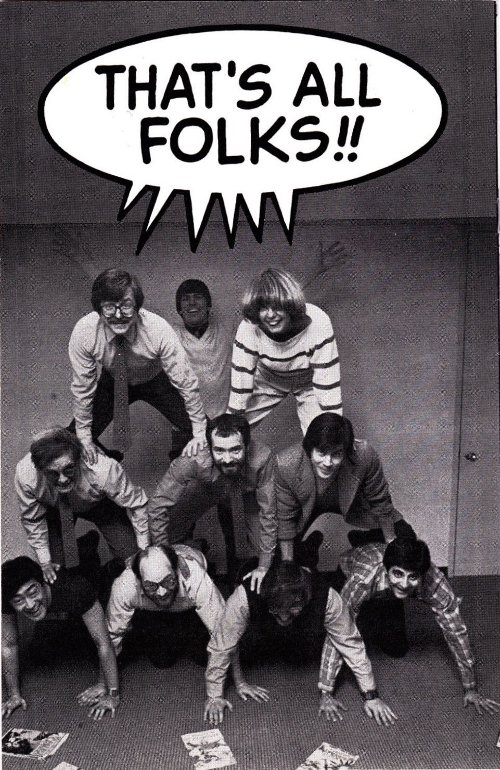 Not necessarily a must have, but it’s an interesting, and a one of a kind, Marvel comic that you might like to add to your collection if you don’t already own it. Interested in selling your comic books or collections?

That’s it for this week.  Please come back next week for a new Fabulous Find, and be back in two weeks for a new RETRO REVIEW!