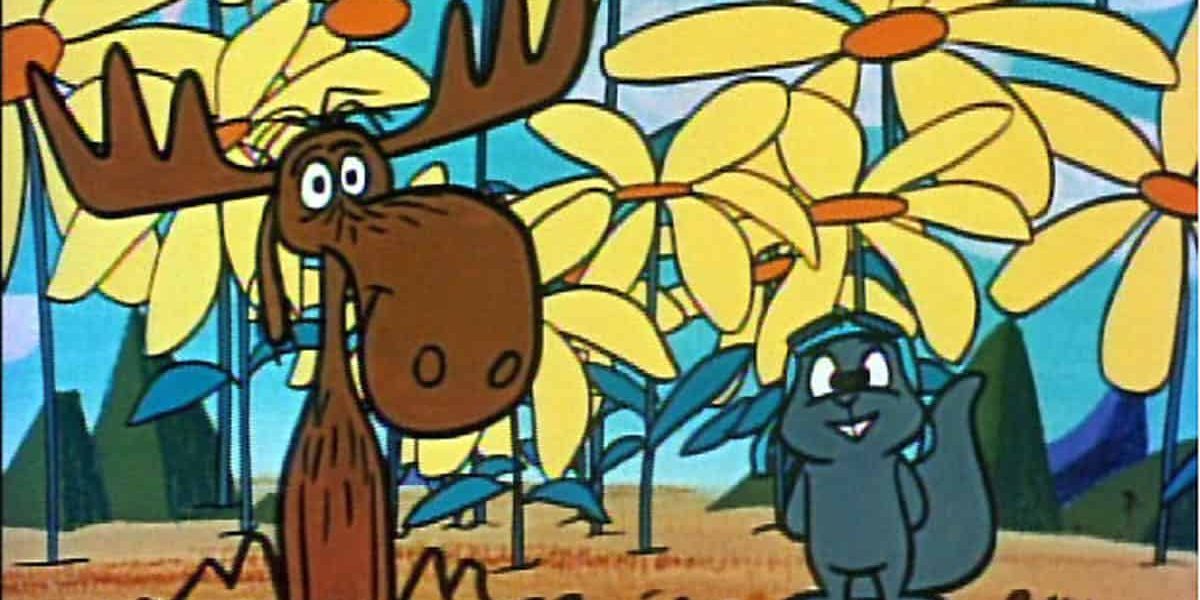 I just learned that last Friday, October 22, 2010, Alex Anderson, the creator of Rocky the Flying Squirrel and Bullwinkle the Moose, passed away at the age of 90.  Ale’s credit for creating the characters had faded from public view until he won a 1996 lawsuit to regain credit.  He never was actively involved with the production of the television series and that may have been why his name dropped off of his creations.  Rocky, the smart one, and Bullwinkle, the not so bright one, would deliver punch lines without always being aware of their meanings.  They often faced off against no-goodniks Boris Badenov and Natasha Fatale, a couple of cold war spies.

The series was created by Alex’s childhood friend Jay Ward, who himself has passed away, and Bill Scott.  They made their debut on ABC in 1959, as Rocky and His Friends.  In 1961, the show moved to NBC as The Bullwinkle Show, one of the first prime-time network cartoon series.

Steven Spielberg told The New York Times in 1989; “It was the first time that I can recall my parents watching a cartoon show over my shoulder and laughing in places I couldn’t comprehend.”

Mr. Anderson, who in 1949 had worked with Mr. Ward in creating Crusader Rabbit, the first animated series created for television, opted to just be a consultant on the Rocky and Bullwinkle shows.  He chose to stay in San Francisco, where he was a successful advertising art director, rather than moving to Los Angeles to work on the television show with Ward & Scott.

Alex saw a documentary about the show in 1991, that never mentioned his name as the creator of the characters, so he filed suit against Jay Ward Productions and eventually won and out of court settlement in 1996.  Rocky and Bullwinkle were an outgrowth of his collaboration with Ward on Crusader Rabbit. The series featured other Anderson creations, including; Dudley Do-Right and Snidely Whiplash, as well.