Five DC Connections You Missed in The Sandman 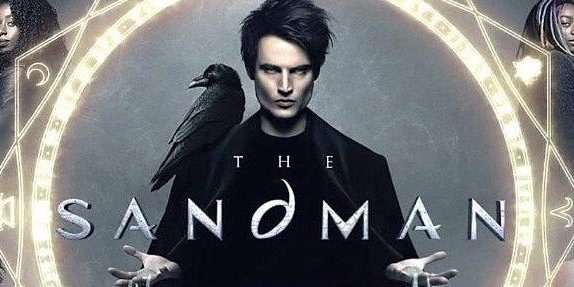 The Sandman, a big budget TV adaptation of Neil Gaiman’s classic Vertigo Comics series,is now streaming on Netflix! It quickly became the platform’s biggest launch ever, which makes sense considering how much people like both comic books and Gaiman’s Good Omens over on Amazon Prime.

The Sandman show, like the comic, stands on its own very well – no need to be a DC Comics expert to enjoy it. But the earliest issues of the original series did have some ties to the wider DC Universe before helping to launch the Vertigo imprint. It was a brand-new title from a then-unknown writer, so editorial wanted to hook longtime fans somehow. Here are five DC connections you may have missed in the TV series!

5) Which Constantine Appeared in The Sandman Comics? 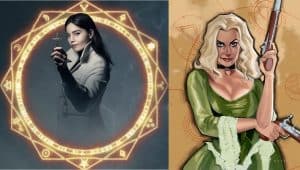 Johanna Constantine, on screen and off!

This point bears mentioning despite being well-trod ground at this point. The character of Johanna Constantine, played by Doctor Who alumna Jenna Coleman, takes the place of John Constantine from the comics. That said, John’s ancestor Lady Johanna Constantine did make her first appearance in Sandman #13.

Neil Gaiman points out that John Constantine is well-explored on screen by this point, and that’s why the change happened. He’s right, as a look at the “Other Media” section of Constantine’s Wikipedia entry shows. Still, we’d peg this change as coming from corporate practicality. There’s a solo TV series rumored to be heading to HBO Max in the next couple of years, one that will apparently lead to a whole interconnected series of Justice League Dark projects. It wouldn’t do to have HBO Max’s new linchpin character appearing on another streamer, would it? 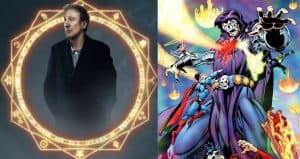 John Dee, on screen and off!

Episode six of Sandman season is entitled “24/7” and is easily one of the most harrowing episodes of the series. It adapts the classic story “24 Hours” from Sandman #6. In that tale, a madman armed with Morpheus’ Dreamstone torments the innocent patrons of a diner with a living nightmare that Freddy Krueger would take notes on. In the show, that madman is serial killer John Burgess, alias John Dee. He father’s the one who trapped Morpheus for decades, setting the series into motion.

But in the comics, John Dee was his own man. In fact, he was Doctor Destiny, a villain who had been menacing the Justice League of America since 1961! The skull-masked Doctor Destiny wielded a device he called the Materioptikon, which he claimed as his own invention. It allowed him to cast powerful illusions, trap people in dreams, make dreams reality, etc. Moreover, Dee is able to just dream a new one into existence whenever needed. It got to the point where the Justice League removed his ability to dream to keep him away from it.

Which backfired badly, turning him into the deranged Arkham Asylum escapee he was in Sandman #6. That issue also revealed that Materioptikon was actually one of Morpheus’ objects of power. Dee just happened upon it while the Lord of Dreams was imprisoned and used it for his own purposes.

3) Morpheus Hangs Out With Horror Hosts 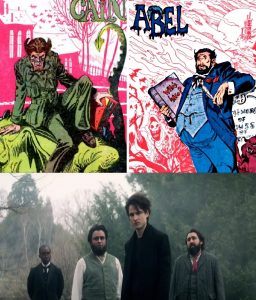 For decades, the horror anthology was a mainstay genre of comic book. They told standalone horror stories introduced by a “host” character, who allowed the book to maintain some personality despite having few to no other recurring characters. The most famous of these characters is The Crypt Keeper, host of Tales from the Crypt in a variety of media. DC Comics had their own extensive roster of such hosts. Some of them are:

Those first three will sound familiar if you’ve watched Sandman Season One. The Three, Cain, and Abel all appear as allies or subjects of Morpheus’ realm The Dreaming. Which makes sense: The Dreaming is a world of stories, and these characters tell stories. The only outlier is Destiny, who is referenced but not yet seen. He’s Morpheus’ older brother, and the only one of The Endless not created by Neil Gaiman.

Matthew The Raven debuted as Federal Agent Matt Cable in Swamp Thing #1. Cable is a Defense Department running security for scientist Dr. Alec Holland and his research into augmenting food production. He was unable to prevent saboteurs from blowing up Holland and his lab. Unbeknownst to anyone, Holland survived: his Bio-Restorative Formula mixed with swamp plants to mutate him into the monstrous Swamp Thing! Matt spotted the monster leaving the scene of the explosion and vowed to hunt to it to the ends of Earth to get justice for Alec Holland.

Cable would eventually be experimented on by the Sunderland Corporation and granted the power to manipulate reality with his mind. This ultimately cost him his life, but the powers had tied him to The Dreaming. He found rebirth as Matthew The Raven, avian companion to Morpheus. Meaning this is the second time that Patton Oswalt has played a comic book spy on TV! 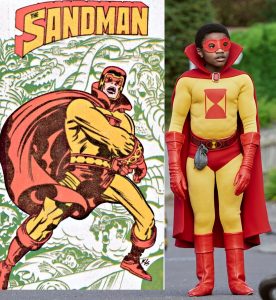 1) Jed Walker was a Superhero Sidekick!

Jed Walker is a little boy who appears in The Sandman episode three, “Dream A Little Dream Of Me”. He’s in possession of Morpheus’ sleeping sand and fancies himself a bit of a superhero. Which is appropriate since he debuted alongside a superhero version of The Sandman!

See, DC’s been publishing heroic characters named “The Sandman” for decades. The second one made his debut in 1974 and was heavily implied to be the actual folkloric Sandman. He patrolled “The Dream Stream” with help from the impish nightmare creatures Brute and Glob. His adventures often paired him up with a young psychic named Jed Walker, who various forces wanted to use his powers to subvert the Dream Stream. In appearances alongside the Justice League, fighting the aforementioned Doctor Destiny, he was revealed to be a human named Garrett Sanford who had take on the role of Sandman when he became trapped in the Dream Stream.

Neil Gaiman’s Sandman #11 revealed that Brute & Glob had been drafting mortals into filling in for the absent Morpheus. Morpheus ended the practice immediately. Since them, Dream of the Endless has been the Dream Stream’s only protector.

Sandman is Having a Pop Cultural Moment

Netflix is giving folks outside the comic book fandom a long-overdue chance to experience Neil Gaiman’s Sandman That means a whole new audience is going to find the comic, leading brand-new fans and investors to seek the “key” pieces of its mythos. If you’ve got those key pieces, I.E, the issues mentioned above and many others, we’ll help you sell them!

And if you want a comment or quote from us on something we’ve written about, we’re always available! We can be found almost everywhere in the social media sphere as @b2pcollect.