Who is The Great Saiyaman? 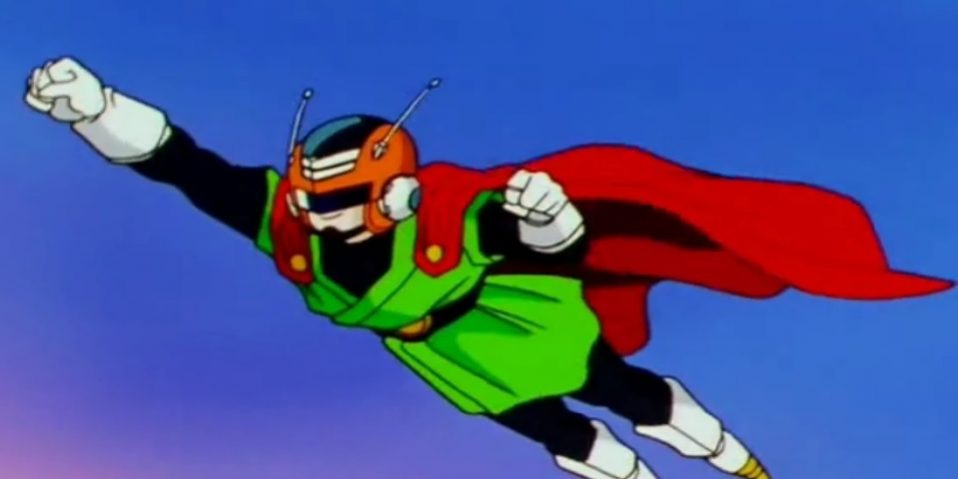 The latest Dragon Ball film, Dragon Ball Super: Super Hero, hits American theaters today! If you’re familiar with Dragon Ball, you know that the franchise is chock full of godlike super beings from various species, planets, and universes. It is, however, light on costumed superheroes. The one major exception to that is the Great Saiyaman AKA Son Gohan, hero of the film now in theaters!

Who is Son Gohan? 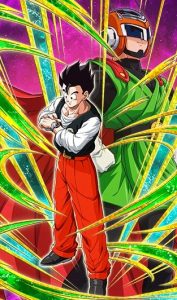 Gohan and his alter ego

Gohan is the son of Son Goku, unarguably Earth’s most powerful protector in the Dragon Ball Universe. Goku is a Saiyan, a race of incredibly powerful alien warriors that was all but wiped out by the interplanetary conqueror Frieza. While Gohan is technically only half-Saiyan, he definitely falls into the Jon Kent, “Half of infinity is still infinity” category of powers. Thanks to the tutelage of his father and his allies, Gohan’s been able to perform feats since childhood that it took his old man decades to figure out.

So, how powerful are Saiyans, really? Well, normal humans with no innate super powers in the Dragon Ball universe can learn how to fly and toss around destructive balls of energy. Saiyans can power themselves up into godhood, literally having a form named “Super Saiyan God“. And there are forms beyond that. If the usual power scale is 1 to 10, Saiyans can go to 13.

Why Become The Great Saiyaman?

So if Goku’s clique of ridiculously powerful heroes don’t use costumed identities, why does Gohan? Well, he took up the costume when he was 17. Up to that point, he had spent his childhood living and training in the remote areas favored by his dad and friends. They traveled to other planets and dimensions, battled aliens and androids, and generally fought evil far away from polite human society. Gohan’s mother Chi-Chi was concerned that this would leave him just as uneducated and socially inept as his father, so she decided to send him to Satan City for high school and college. She explictly wanted him to live quietly in the city. 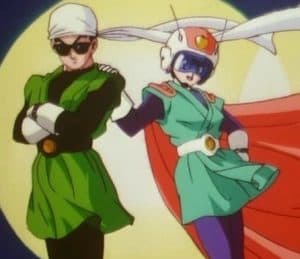 Gohan and VIdel as the Saiya Squad

He surprisingly thrived at intellectual pursuits, but that doesn’t mean he let his training go to waste. He started off using his Super Saiyan form, which has glowing blonde hair, to fight bank robbers and other mundane criminals. Problem was that he was still wearing his school clothes, which put the whole “live quietly” thing at risk. So he threw together a superhero outfit and dubbed himself publicly as The Great Saiyaman!

That didn’t stop his classmate Videl Satan, daughter of the “great fighter” the city is named for, from figuring out his secret identity. Luckily, she was into it and even joined his crimefighting as Saiyaman II. Their tech mogul friend, Bulma, was even kind enough to create watches that allow instant transformation for them. Gohan remains the only member of his dad’s “Dragon Team” that lives in the city and holds down a day job (he’s a college TA).

Is the Great Saiyaman in Super Hero?

In a word, no. And the simple reason for that is the movie doesn’t really take place “in public”. Gohan is still fully capable of transforming into The Great Saiyaman and does for when battling foes in the city or taking part in public tournaments. But when the Dragon Team is getting ready to throw down in some remote desert or mountain or whatever? He doesn’t bother. Everyone who’s gonna walk away from that fight has known him since he was a kid! He’s got no secrets from them. Same with battling aliens in space, the only way they’ll mess with his domestic life is on a grand scale (I.E, destroying the planet).  Why does he care if they see his face?

And that’s the sort of battle that he and his mentor Piccolo, who trained Gohan during a brief period that Goku was unfortunately dead and in HELL (or HFIL, Home For Infinite Losers, if you saw it on Cartoon Network), fight in the new movie. Speaking of Dragon Ball Z’s first American run, did you know those action figures have some surprisingly good values these days? If you’ve got some that you’re looking to sell, we’d love to help with that.